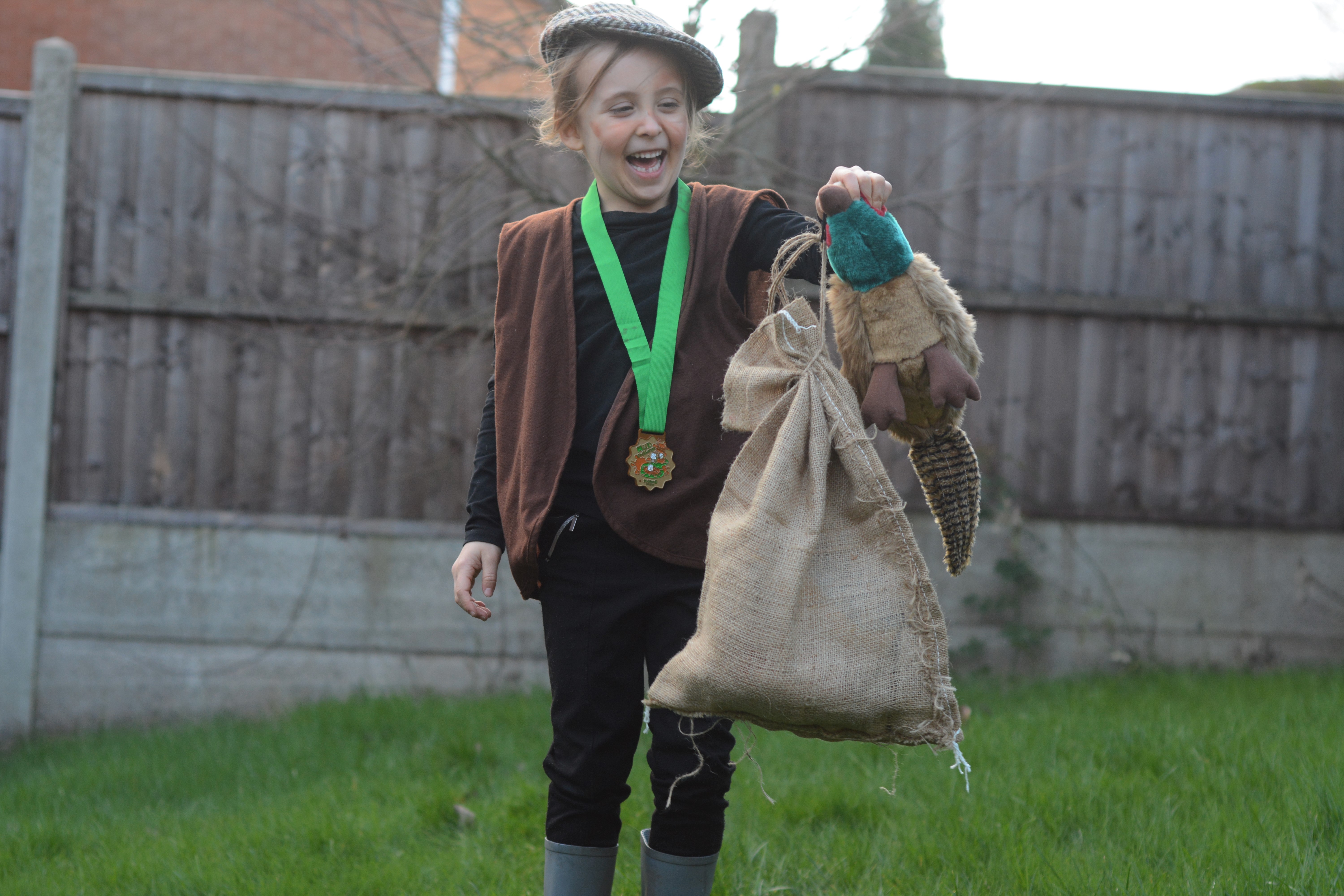 I know that World Book Day in some houses can be more of a stress than anything, finding or making random characters that your child has chosen, dealing with the consequences when they change their minds last minute or even cajoling them into just choosing one in the first place (preferably of the variety that can be found in a supermarket or fashioned from the already bulging dressing up box) it can be more than it is really worth.

In this house however World Book Day is one of the most anticipated days of the school calendar for my absolutely book mad 6 year old. I wrote last year about her love of books, in particular Roald Dahl, a year on and we are still firmly in the throws of this obsession. She deliberated for weeks on what she might dress up as, which character was her favourite and one that she hadn’t already been, but there was absolutely no question that it would be a Roald Dahl one.

To my delight she settled on Danny the Champion of the World, meaning that other than a pheasant purchased from the pets section, a box of tic tacs and a pill box, we were able to get away with mixing and matching already owned attire. A big win in my book. She was so excited leading up to the day and we even had to have a trial run the night before so she knew everything was just right. Of course we couldn’t forget the oil, grease and dirt on her face either. Teamed with one of Eddy’s Mud Run medals and a hessian sack filled with soft toys and there we have a Danny.

I love to see things that really capture her attention and make her this excited and I could feel the anticipation over breakfast, the giddy talking too fast in the back of the car on the way to school and the walk that felt like a run as she raced up to the school gates to set eyes on other children. She marvelled at ‘Saucepan Man’ ‘Mugglewump’ and practically ran in the gate as soon as it opened, absentmindedly throwing us a kiss as she went in ready to start her day, before joining me in the hall for 10 minutes of reading too.

What was clear to me as I stood and watched them all pile through the gate was that she was one of the few girls not wearing a dress that morning and it really made me think about her. She didn’t care, to be honest she didn’t even notice and I adore that about her. She treads her own path and totally owns it. She doesn’t think in gender stereotypes despite the fact it is plastered all over society and is neither a ‘girly girly’ or a ‘Tom boy’ specifically and can flit from one to the next in the space of a day. She is just a child who chooses a character she loves irrespective of gender. Who is baffled that books are labelled for boys or for girls and who has no qualms about looking for clothes in the ‘boys’ sections. “Books are books and clothes are clothes” she says. Gosh I hope this lasts because I felt a swell of pride that she is exactly who she is, just Eva, except there is no just about her at all.

When you are so mad with literature and so hyped up to a specific day though, there can come a downside. She came out of school a little quiet, a little sad and a bit disappointed. My little drama queen was upset because no one complimented her outfit despite her seeking out others to do the same, she was totally aggrieved that she had had to do “real work” in class and that it wasn’t a day purely packed full of fun and literature like the she thought it should be. A celebration of the written word as she put it.

Nevertheless I think she did have a great day and on Friday she did come out beaming. She had moved up a reading level again to grey, which means she gets to choose some of the same chapter books that she would freely choose from the library herself and this makes her both happy and really proud.

I must admit that I felt a little bad in the playground as I dismissed her when she ran out of the gate in front of everyone and announced her achievements. Bad that I stifled my smile and hurried her along to the car so that we could congratulate her without fear. Fear of being judged for being too proud, for showing off or indeed that I was that mum who must force her child to learn to read every day. When that couldn’t be further from the truth, I am actually the mum who asks her to please but the darn books down and go to sleep at night. I am not that mum but she is that child. The one that is freely proud of herself for the thing that she excels at and truthfully I want a bit of that for myself!

This week she is a proud Eva and I am a very very proud Mummy, grey, pink, blue whatever book she is reading I am proud that she has something that brings her so much joy, that she is doing well, that she loves to learn and that above all, makes her happy. 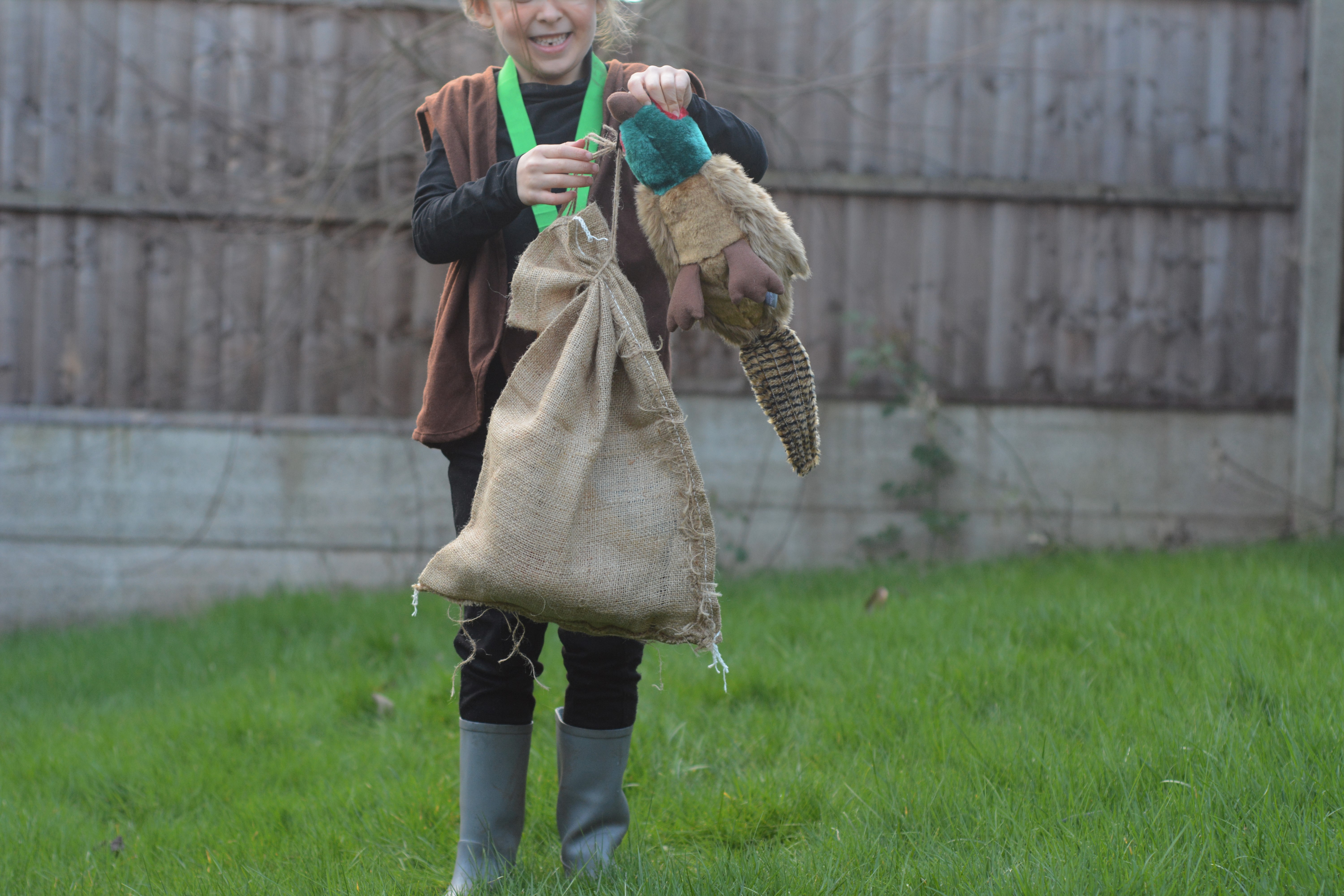 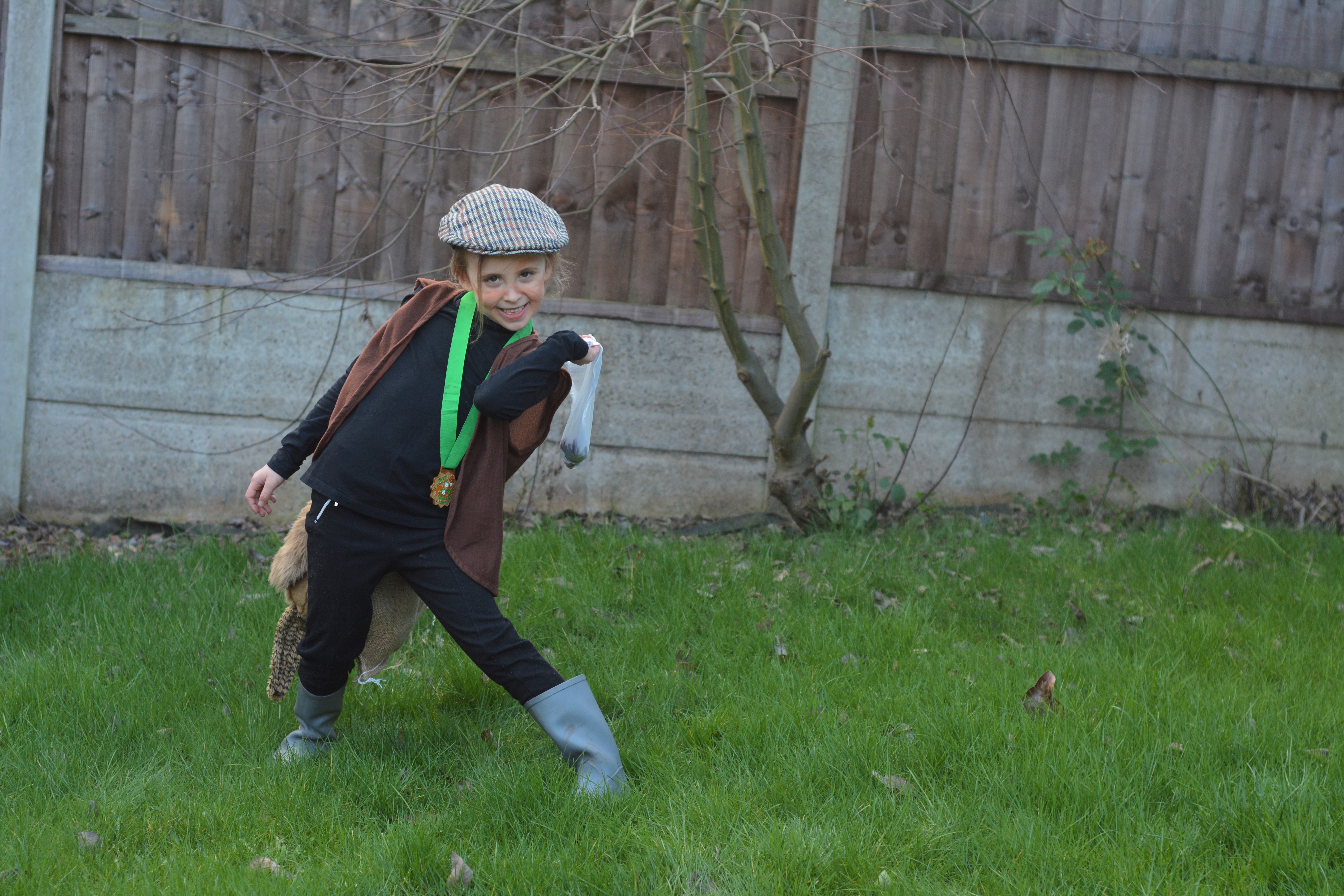 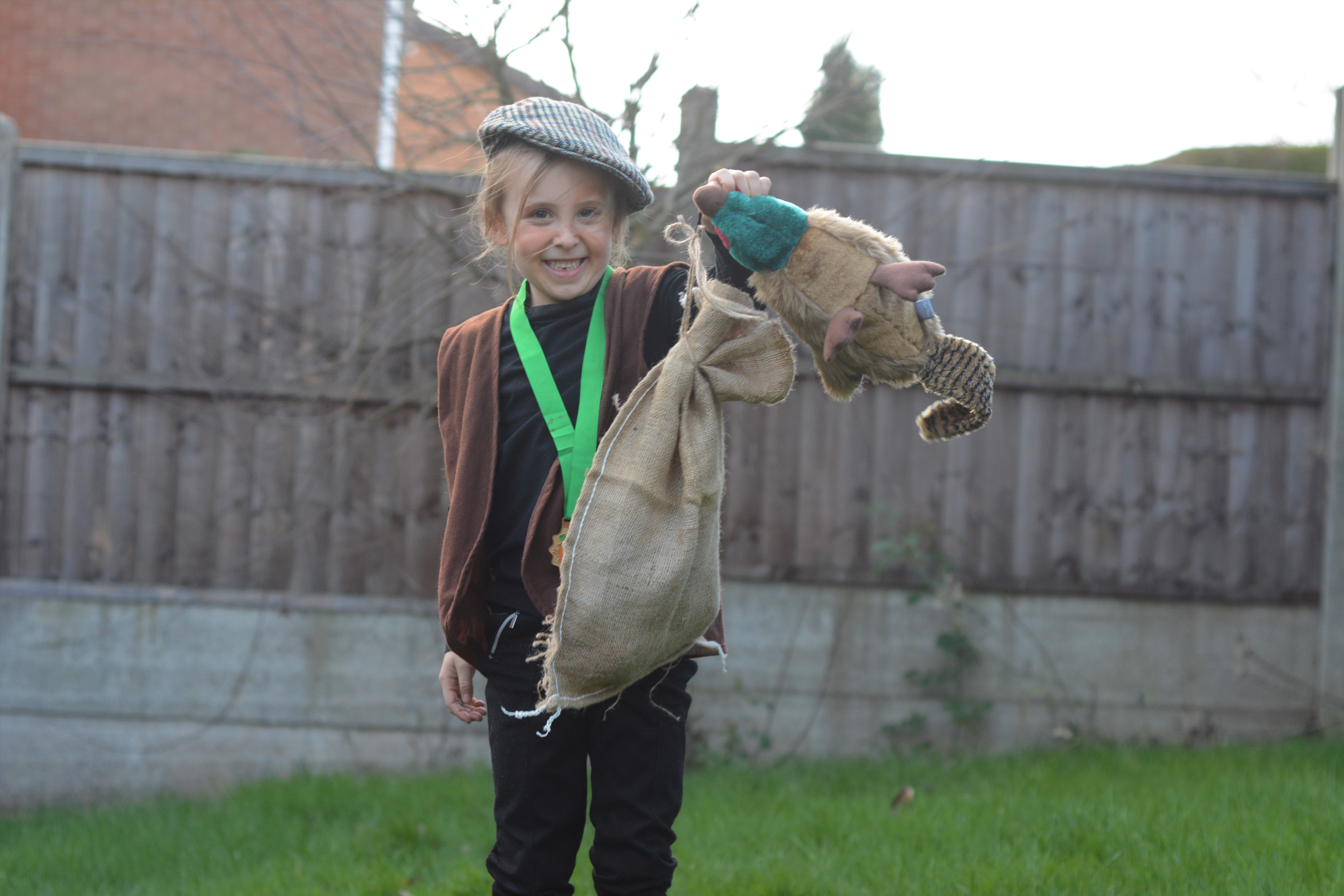 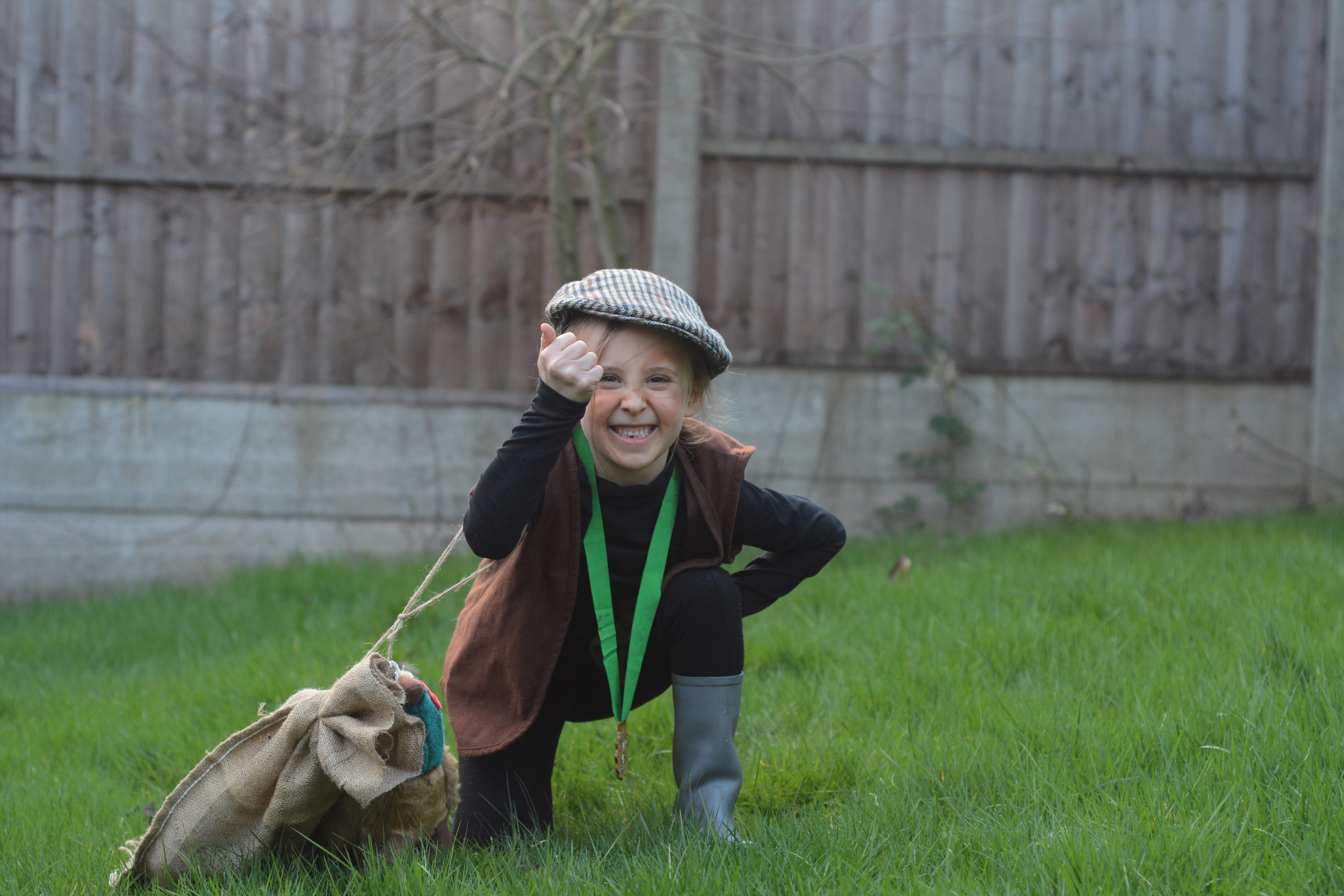 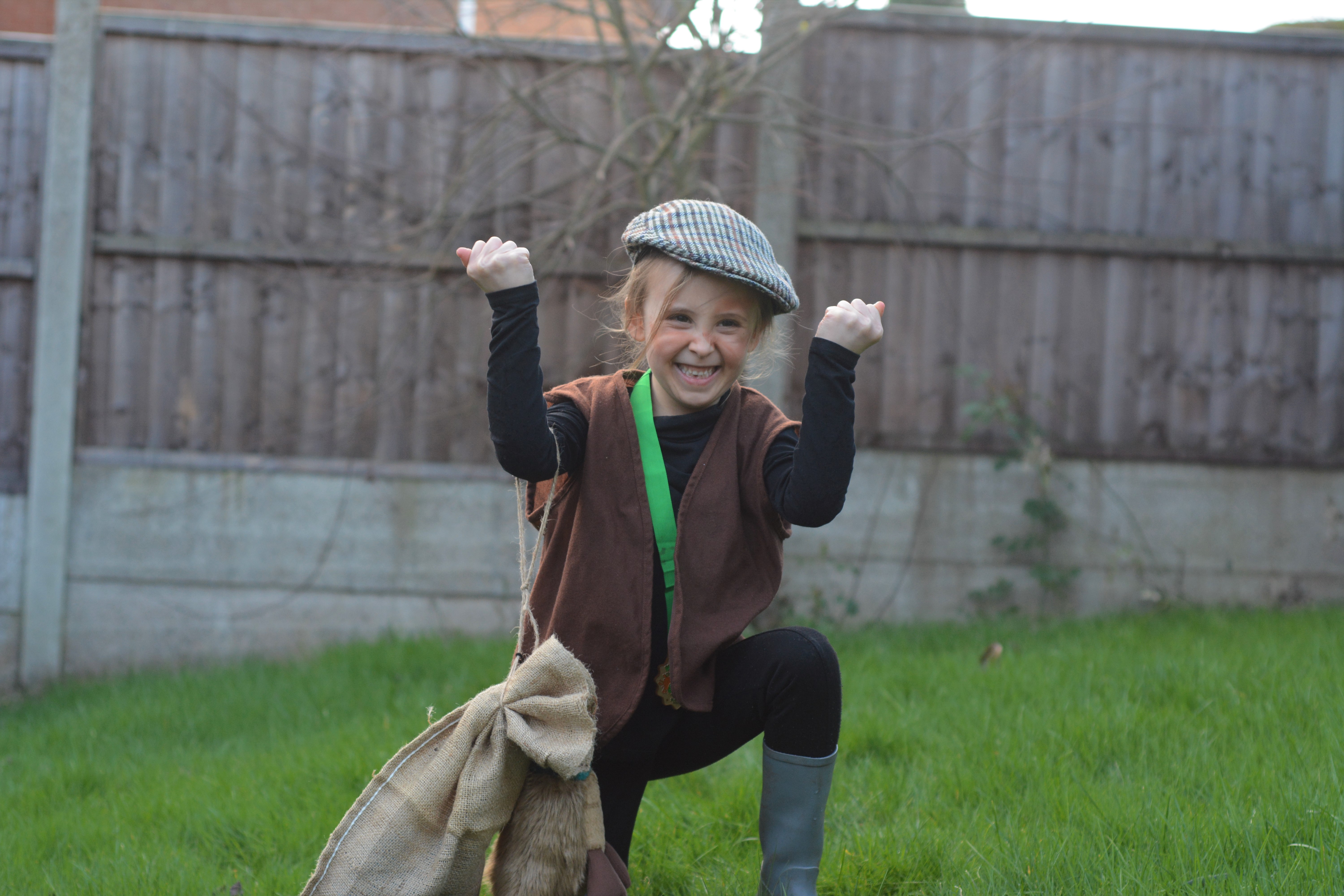 She was seriously getting into character crawling across the floor ‘poaching’! 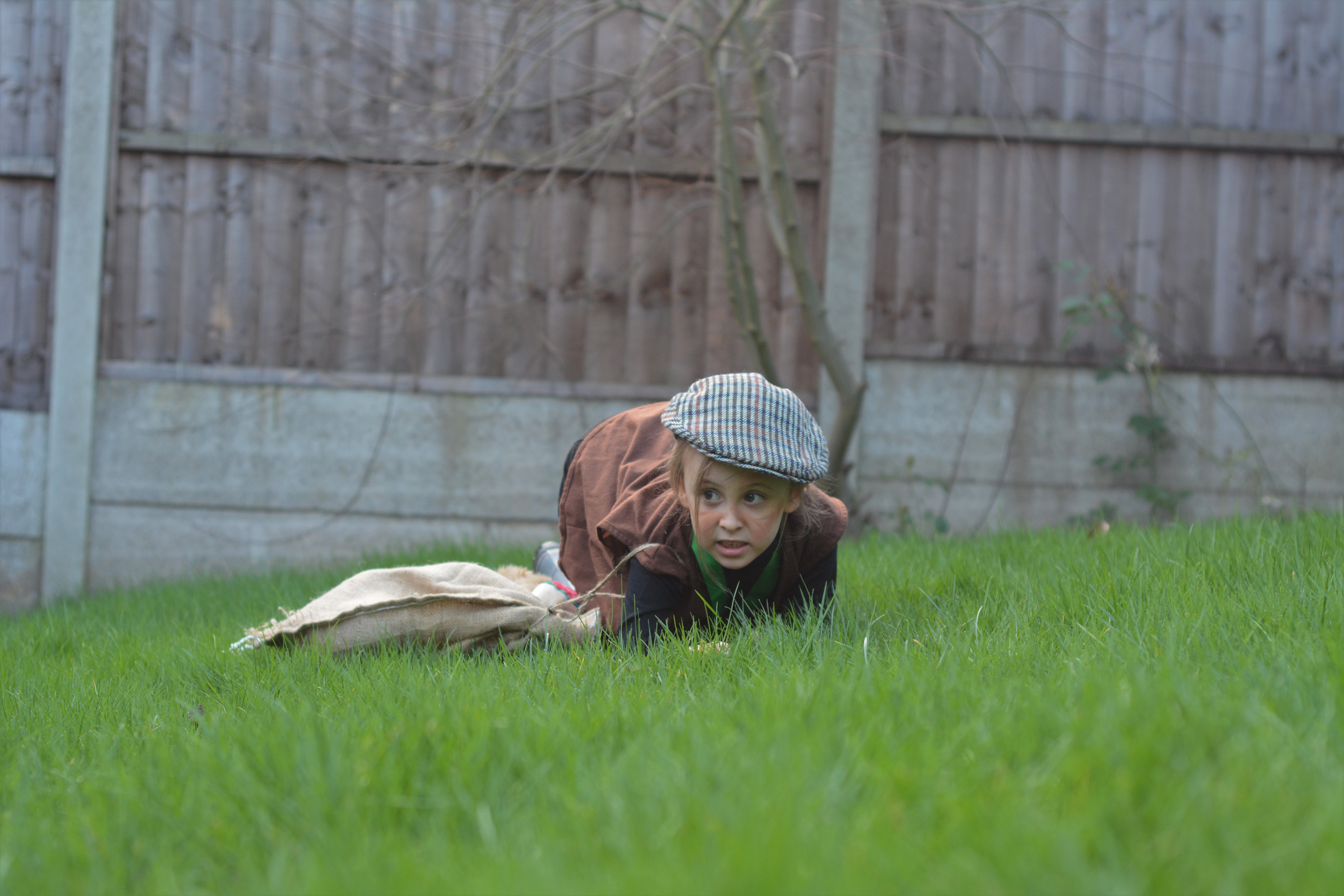 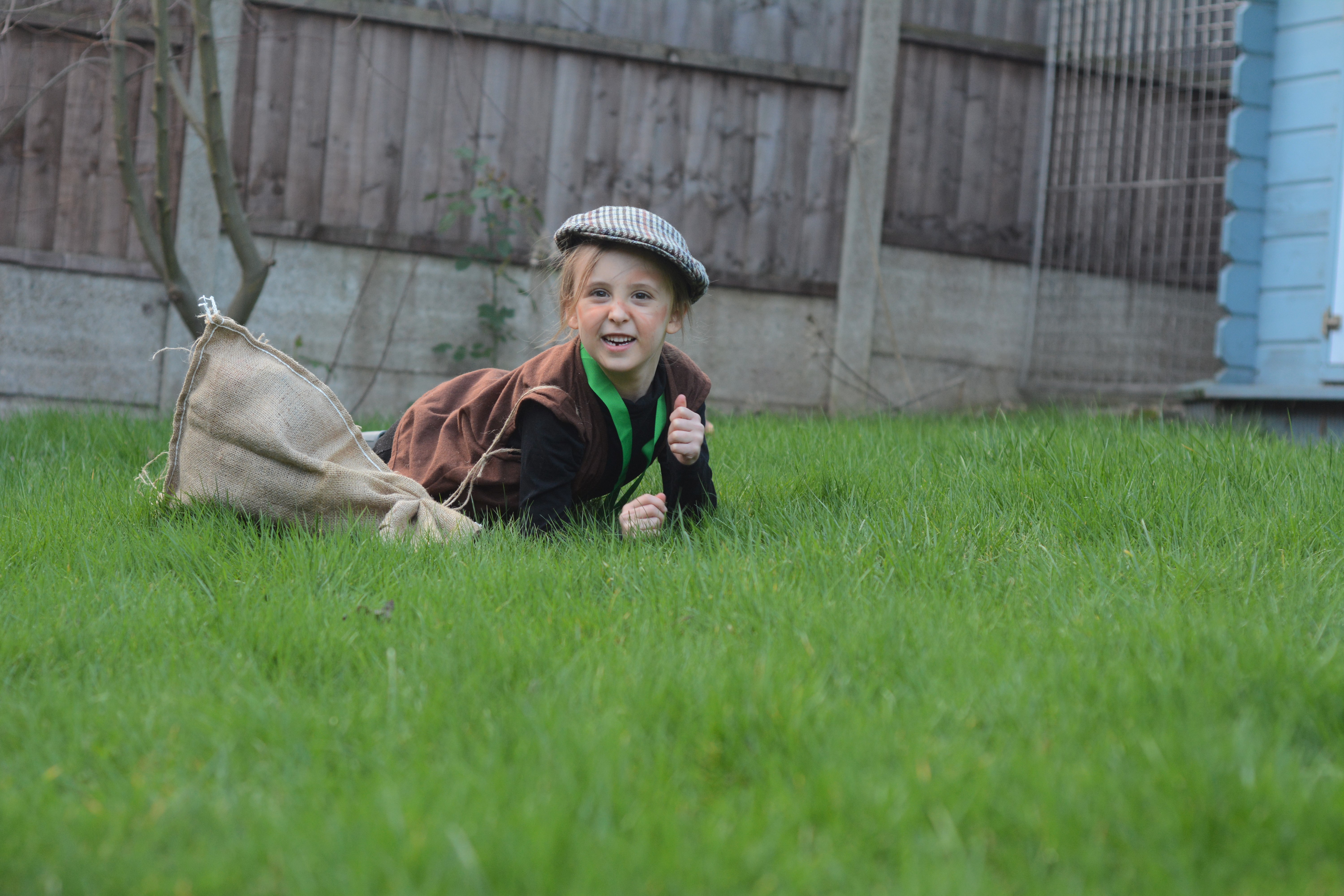 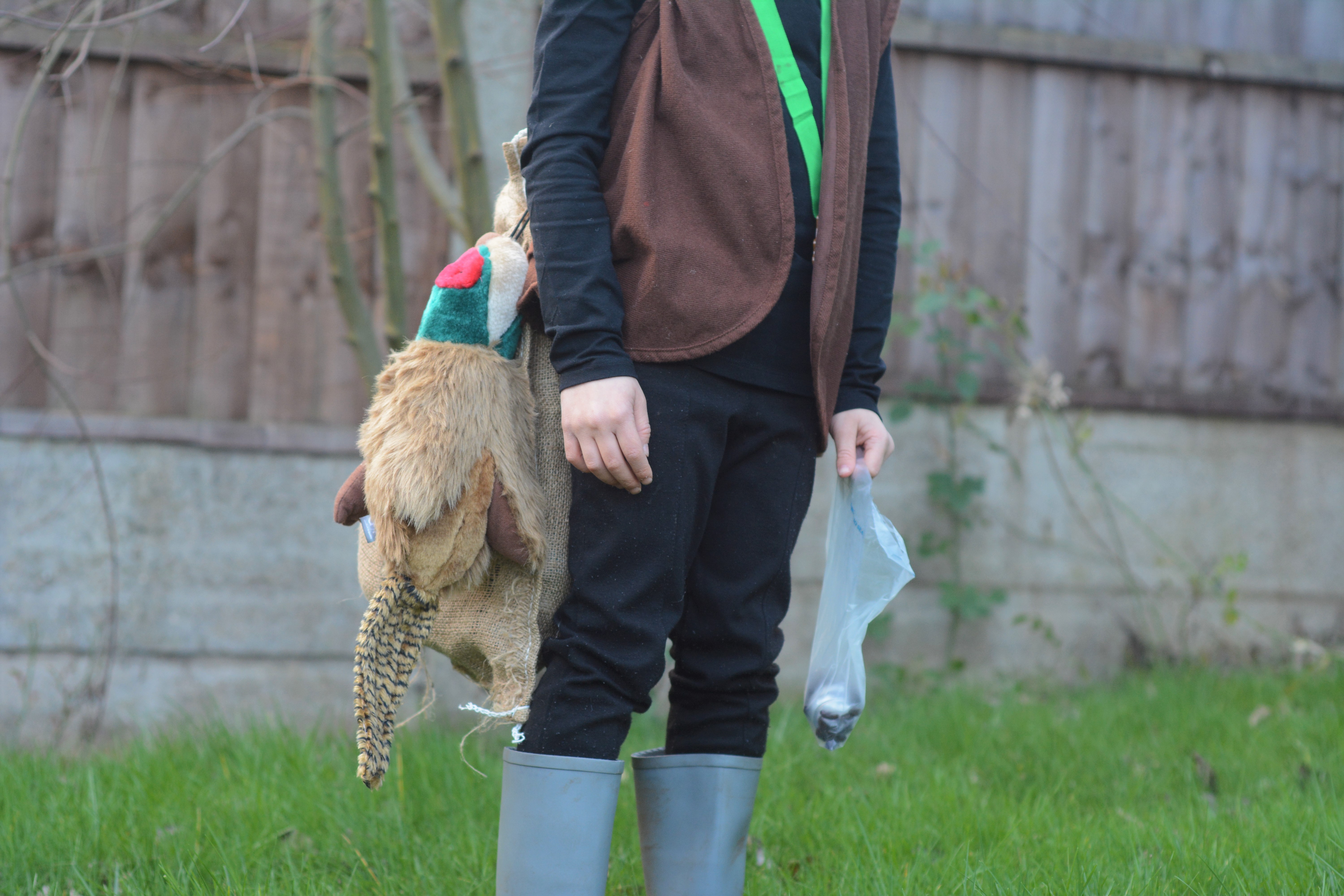 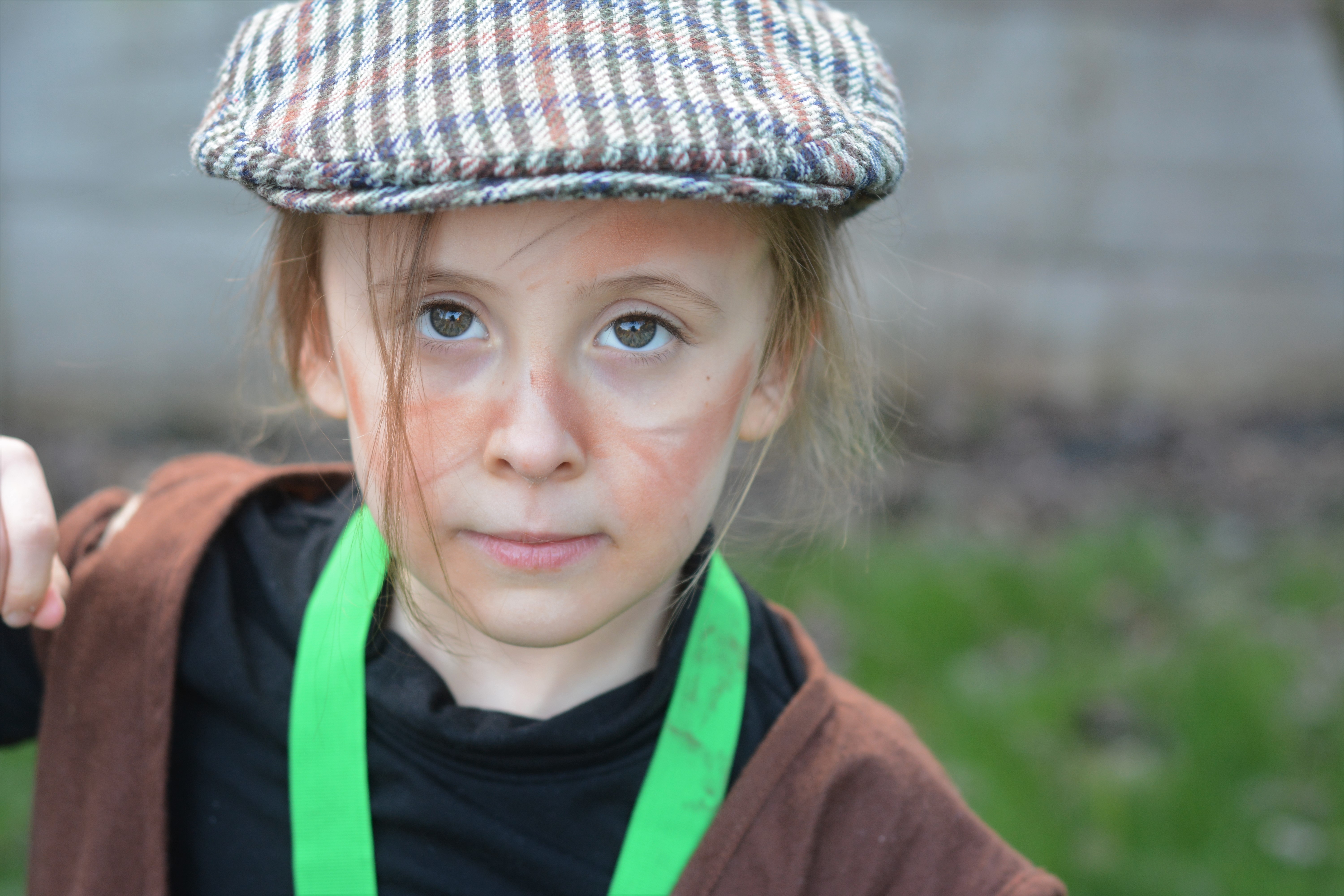