When I became a Mum for the second time I, probably rather naively, thought that I knew what I was doing by now, I had a 4 year old, was pretty settled in my parenting style and confident that even though there were of course challenges to be had as we went through the unknowns like school and the dreaded teenage years, I felt safe in the knowledge that I knew my child and what kind of parent I was. Why then would it be any different? I have written before about how NOT being an allergy Mum the second time around has been a learning curve in itself but what I didn’t realise all those 2 years and 5 months ago is just how different my parenting journey would be.

Roma I would say is your ‘typical child’. She is naturally and instinctively sociable, she is gung-ho and brave, will fight her corner rather than stick by my side and will run off and adventure with other children she happens to come across in the playground, aswell as telling an adult all about her day. She will take on anything without a second thought of the consequences and even completely ignore the warnings she 100% has heard! She has just started to do this stare that says  ‘I know you told me off so I am going to look at you to make sure you are aware I am aggrieved at this situation and hope you change your mind’! She is so cheeky and sometimes it takes me utterly by surprise. Don’t get me wrong I am blessed with an early talker again and she is very quick to talk about things rather than have tantrums which I am extremely relieved at however for me, this is a whole new territory.

Even to this day Eva is very different from other children, she has a very grown up nature, she needs guidance and reassurance to do something new, she will assess a situation before even leaving my side and will shy away from even polite conversations from other children she doesn’t know (although will quickly tell an adult her whole life story….and mine!) Don’t get me wrong again she isn’t rude at all, she has wonderful manners and is probably actually more aware than she needs to be about what constitutes good behaviour. She is just so shy. Even at her 6 years she is self conscious and prefers either her own company or that of adults rather than children, where she feels her difference can always be accepted and respected. This is something that I have just learnt to parent because along with her allergies, that is just how she has always been.

As Roma is getting older though and becoming more of a person in her own right with nursery and her own friends rather than merely being taken along with Eva, it is apparent I have to learn a whole new way of parenting and embrace the difference in them. This week I went along to meet a fellow blogger Laura and her little girl whom is a bit older than Roma yet within minutes they were following one another, copying one another and just playing. If one went in the pushchair the other did, if one played with sticks the other did, and if one asked for a snack the other wasn’t too far behind! We had a really lovely time and shockingly also, between helping them negotiate climbing on wooden logs and making sure they didn’t build a block tower too tall it would fall over, got to stand there and chat. We had (almost) full conversations and it was so nice to feel that sense of watching as a parent, I have never really had that before and it feels really different and really good! After a picnic lunch the girls ran off to play in the reeds and stand on a tree stump, you know like the things of childhood dreams, and not once did Roma have to look back and check I was still there watching or within an inch of her.

I love this, I love her confidence, I love her carefree nature and whilst of course it also terrifies me in equal measures that she is not as aware of the world around her I realise that that is ok. She doesn’t have to be aware because she is 2 and because as her Mummy I am aware for her, and luckily for her she has a big sister to do that too! I might have two totally different parenting journeys ahead, and that may seem overwhelming at times to try and do the best for both of them in the same moment but what I do know is that, for now at least, I can see that they have the best from each other. Eva encourages the sensible in Roma, and in return Roma encourages Eva to give things a go and that in the end it will all be ok.

And Me? Well I am just doing my best, learning as I go and that’s all I can really do. 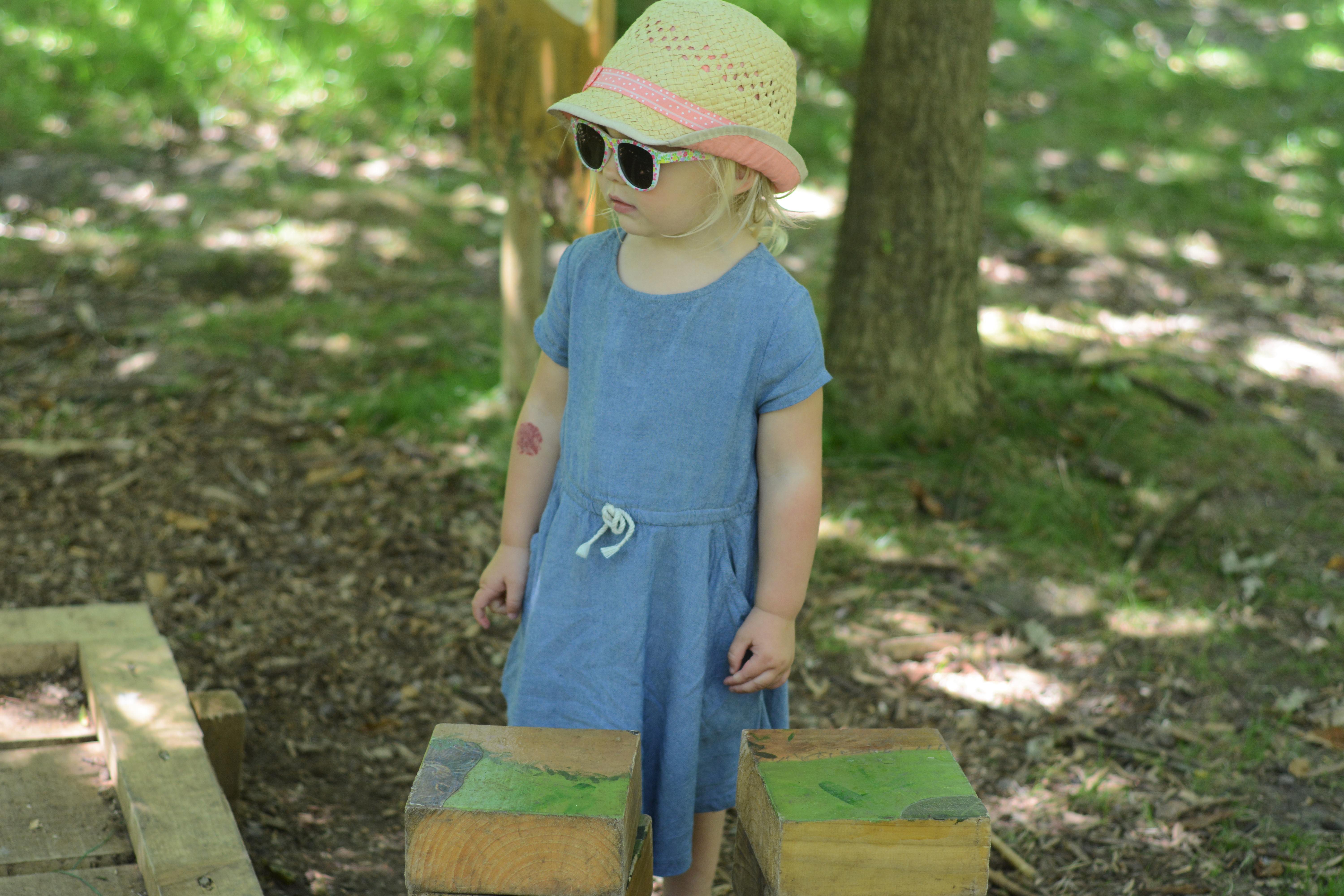 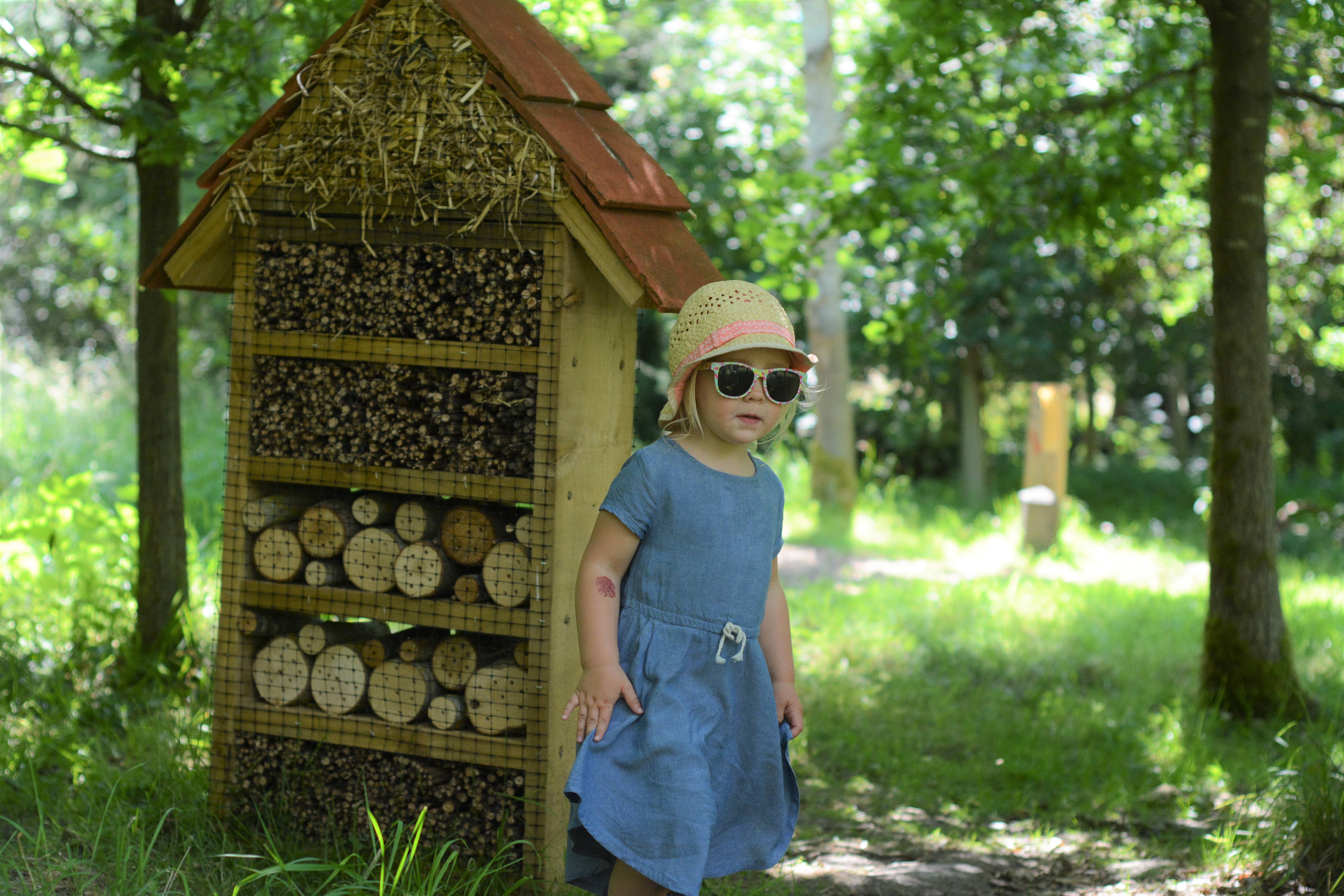 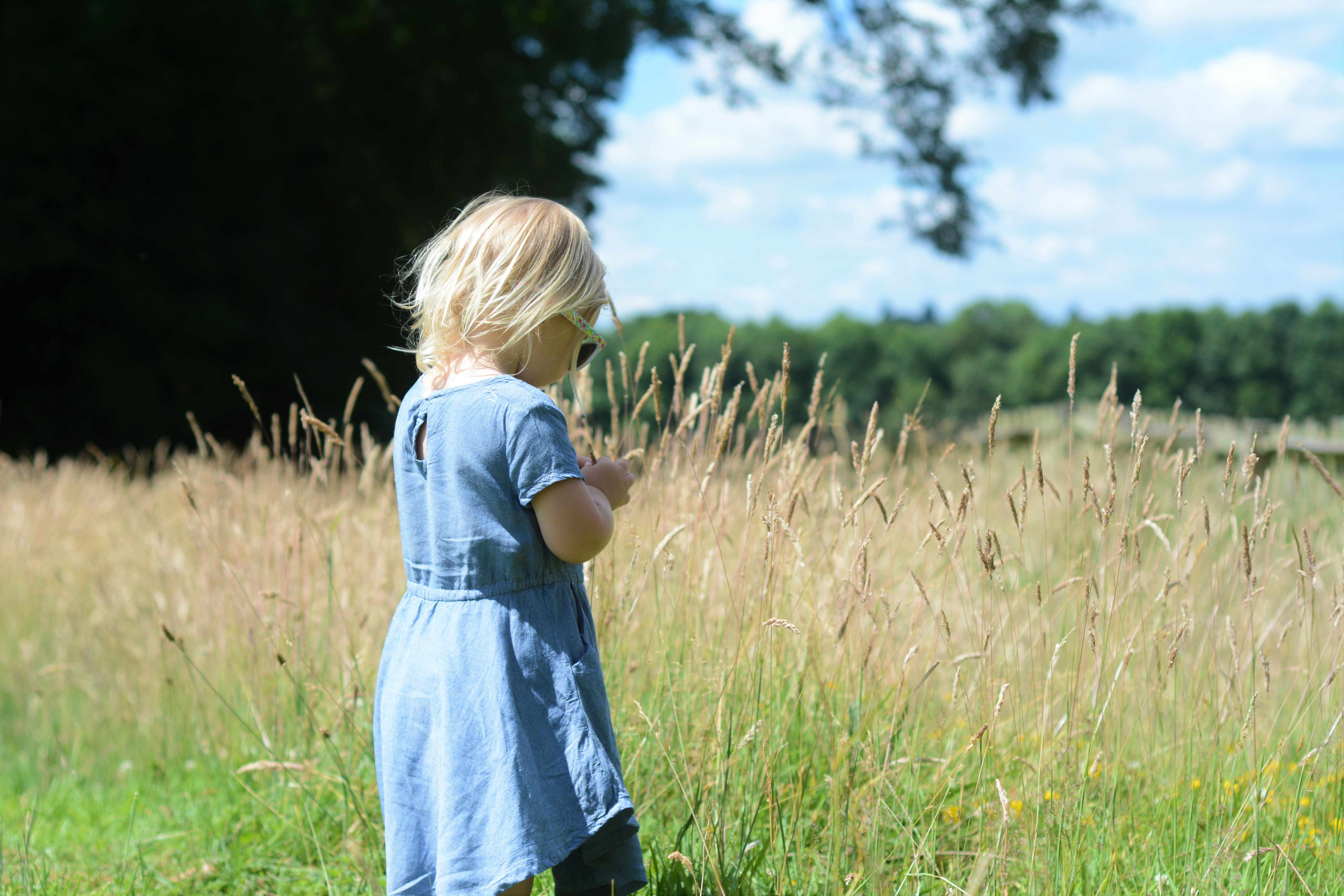 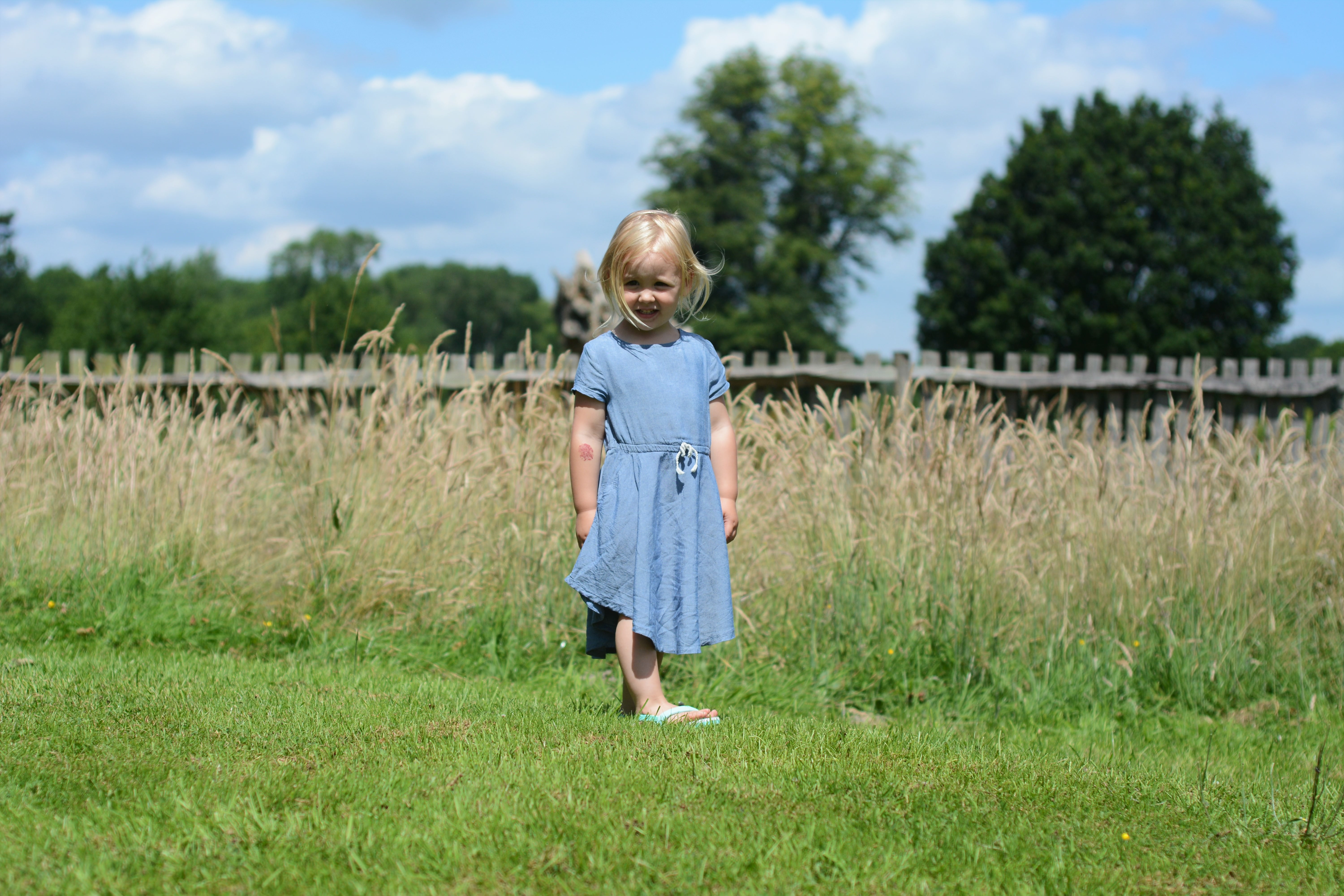 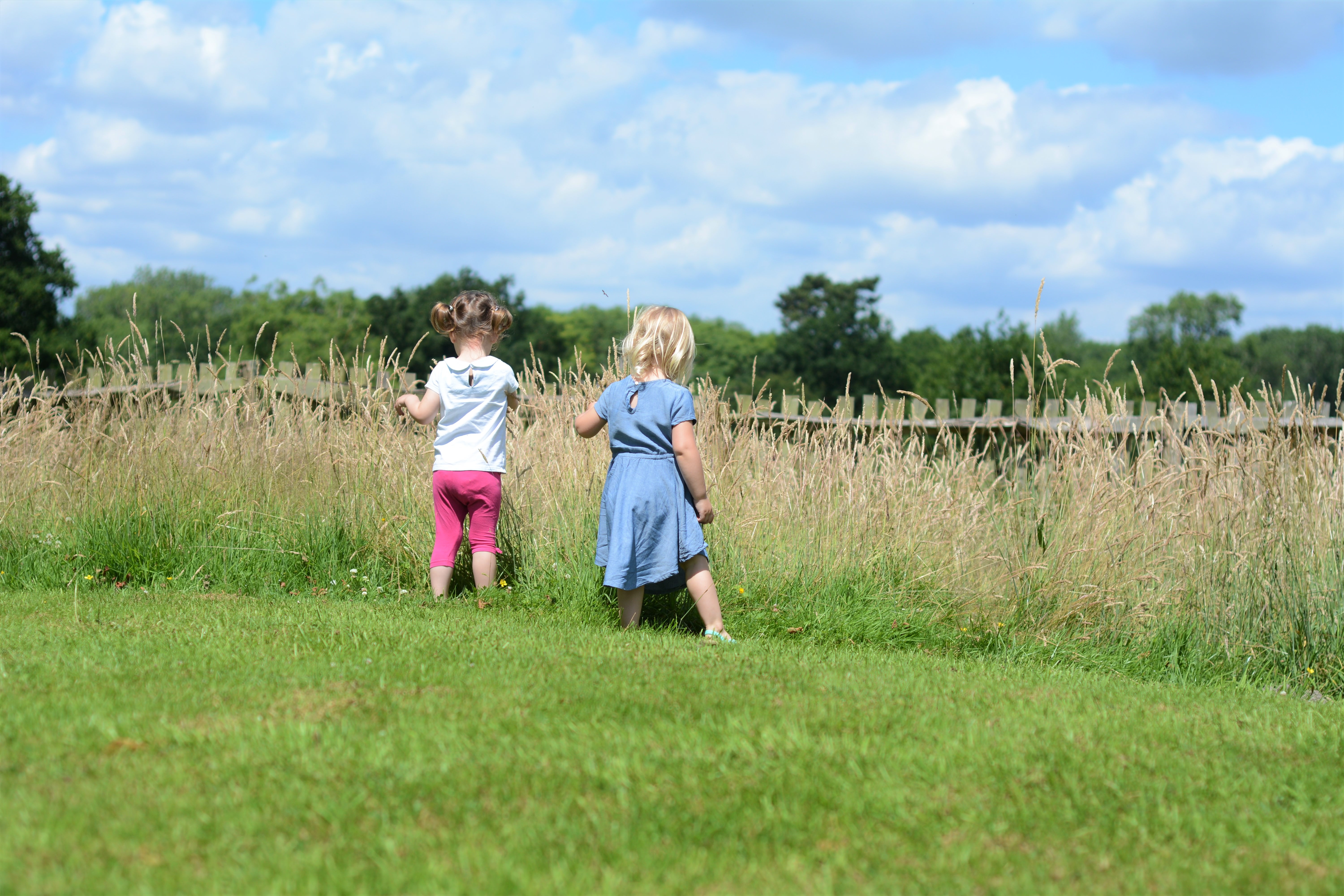 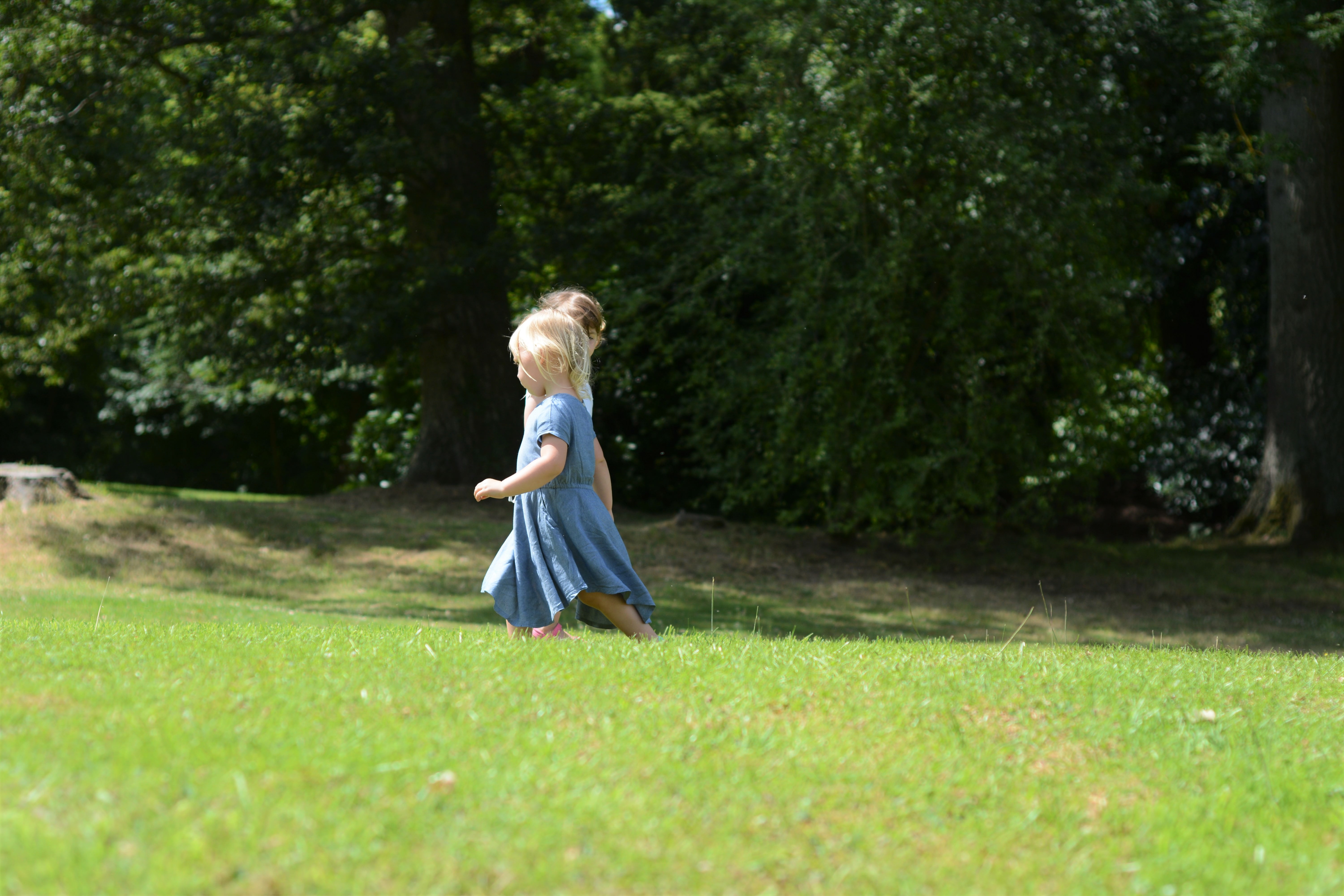