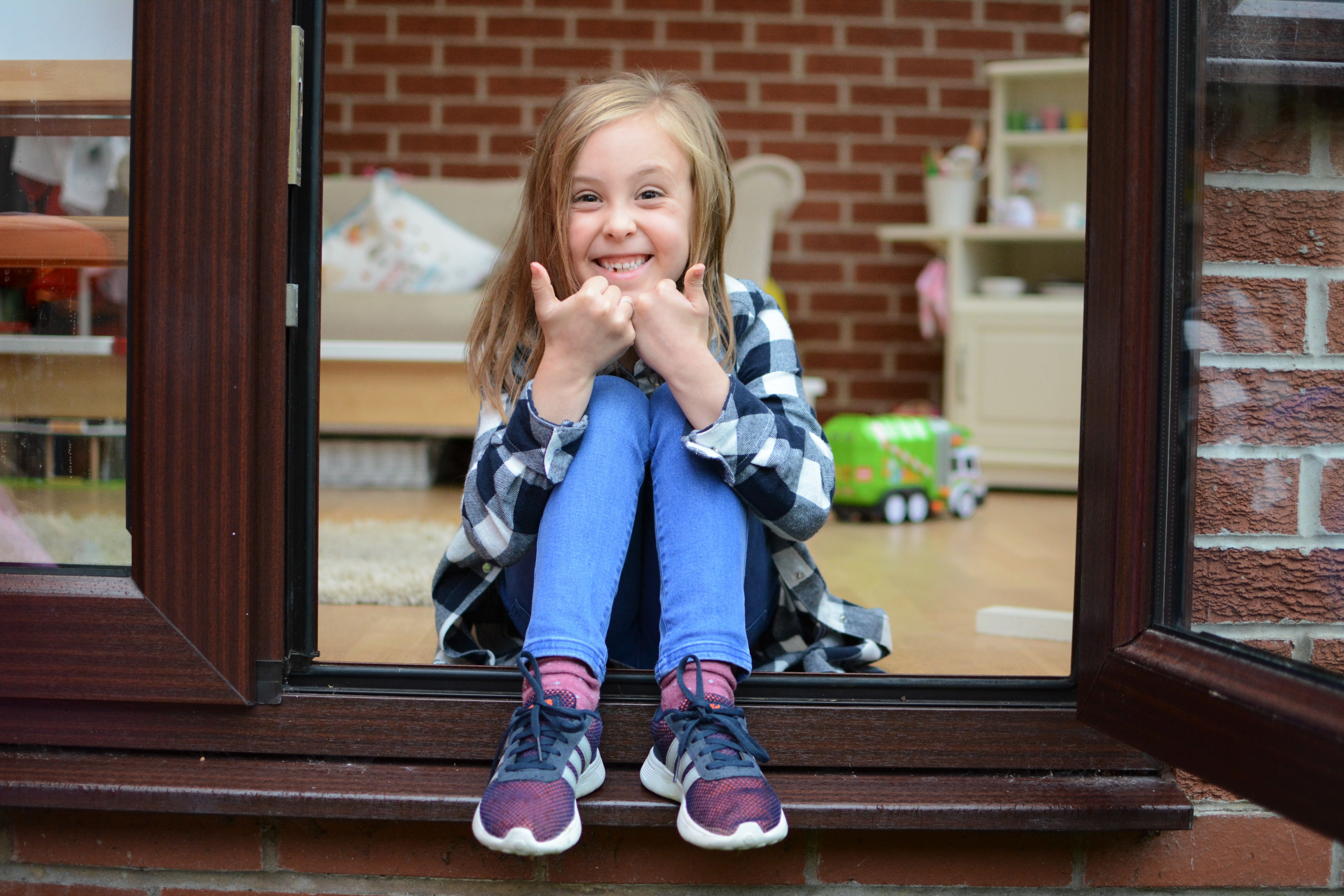 Eva has always had a thirst for knowledge, she loves to learn and can often be found with her nose in a fact book, or any book for that matter. A book, or leaflet, or asking a million questions about anything and everything she is keen to learn about. In fact her most frequently used phrase, if I have to defeat and say that Mummy doesn’t know something, is “just google it”.

However it has always been on her own terms. If she doesn’t want to learn or just isn’t in the mood there really is no persuading her and I have learnt in the last 6 years that it is for the greater good of the day and her learning journey not to push it.

It is true what they say that every child is different and that they will all get there eventually, as long as the opportunity is always offered and available they will learn… eventually. This isn’t something I think I have always lived by and I would previously get worried she was behind or that she didn’t seem interested in learning, or even attempting certain things, but now I am much more relaxed.

When it comes to riding a bike or scooter, even jumping up and down or doing a roly poly, basically most things physically she has never been keen on. Attempting these things she thinks she will fail at or not know how to do first time makes her shy away from immediately. This is of course a hard learning lesson in itself that you have to fail in order to know what you need to do to succeed. A lesson I guess I am still learning myself too!

This is however slowly changing and in the summer she learnt to swim all on her own time. With failed swimming lessons behind her we offered encouragement and positivity from us and she actually did it. This was a big boost for not only her swimming confidence but her learning confidence in general. She is gaining this confidence all the time and whilst I have no idea if she is early or late in some of these things, I have also learnt not to care either way.

So this week another milestone crept up on us when Eva tied her shoes laces for the first time by herself consistently. She was confident enough to know what she was doing and to celebrate that fact too. It is such a small milestone but a really important one which saves me so much time, and also means she is edging ever closer to independence. I don’t think I realised before this moment that bending down to her level to tie her laces at the bottom of the stairs before we left the house, that cuddle and a kiss I gave her every time she stood to her feet again, was that last little thing she needed help with. It was the last moment that I was that relied upon to get her out of the door, the last tie to her little girl days. And now that is it.

I absolutely love that I have this little space here to document such a small milestone that we would probably never have known when this occurred previously, just like in our own childhood. It is one of those perfect ordinary moments to document and one that I know that I will treasure, not just the act of being able to tie those shoe laces but the confidence and independence that brings.  Oh and because I am pretty proud I was able to facilitate this learning even though I apparently tie mine in a weird way – and totally different to my two sisters too, goodness knows how that happened, I am just unique!

I of course had to snap some photos for the moment and I love that I took these. Tying her laces might well now be an ordinary moment but I don’t see that here, I see her tiny little hands wrapped around the black laces, her tongue as it sticks out slightly when she concentrates and the joy on her face when she has done them all by herself. Those fingers that whilst they look like small and dainty ones of a child, they also look so very very long when I see how far she has come. Those legs that I am surprised she can reach all the way to the end of and the ring that she wears to be a little more grown up in her 6 year old self and to be like mummy.

I see the clothes that she chooses out herself every morning and is so conscious of her style yet the fact that those first shoe laces belong to trainers, which sums her up perfectly. I see her hair with it’s many crowns fall as she gets so close to see what she is doing that it almost completely covers her face and reminds me we need to get it cut and finally the one gap in her smile that is just about to become two.

These photos might be here to signify an ordinary moment but it is of course always more than that, a single moment in time that we will never revisit, we will never get back and is captured forever, all the details that are perfectly her, perfectly now and yet perfectly ordinary. 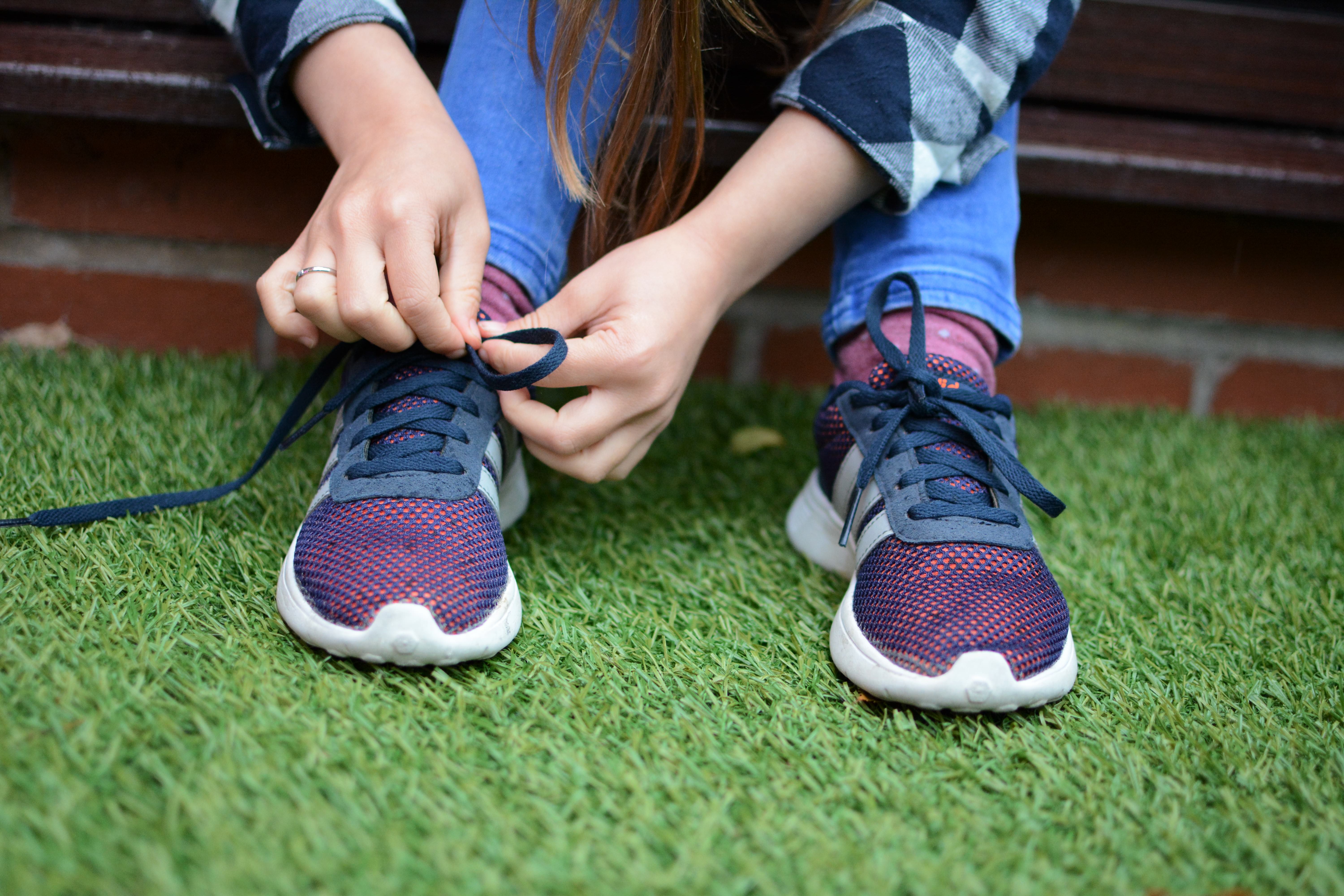 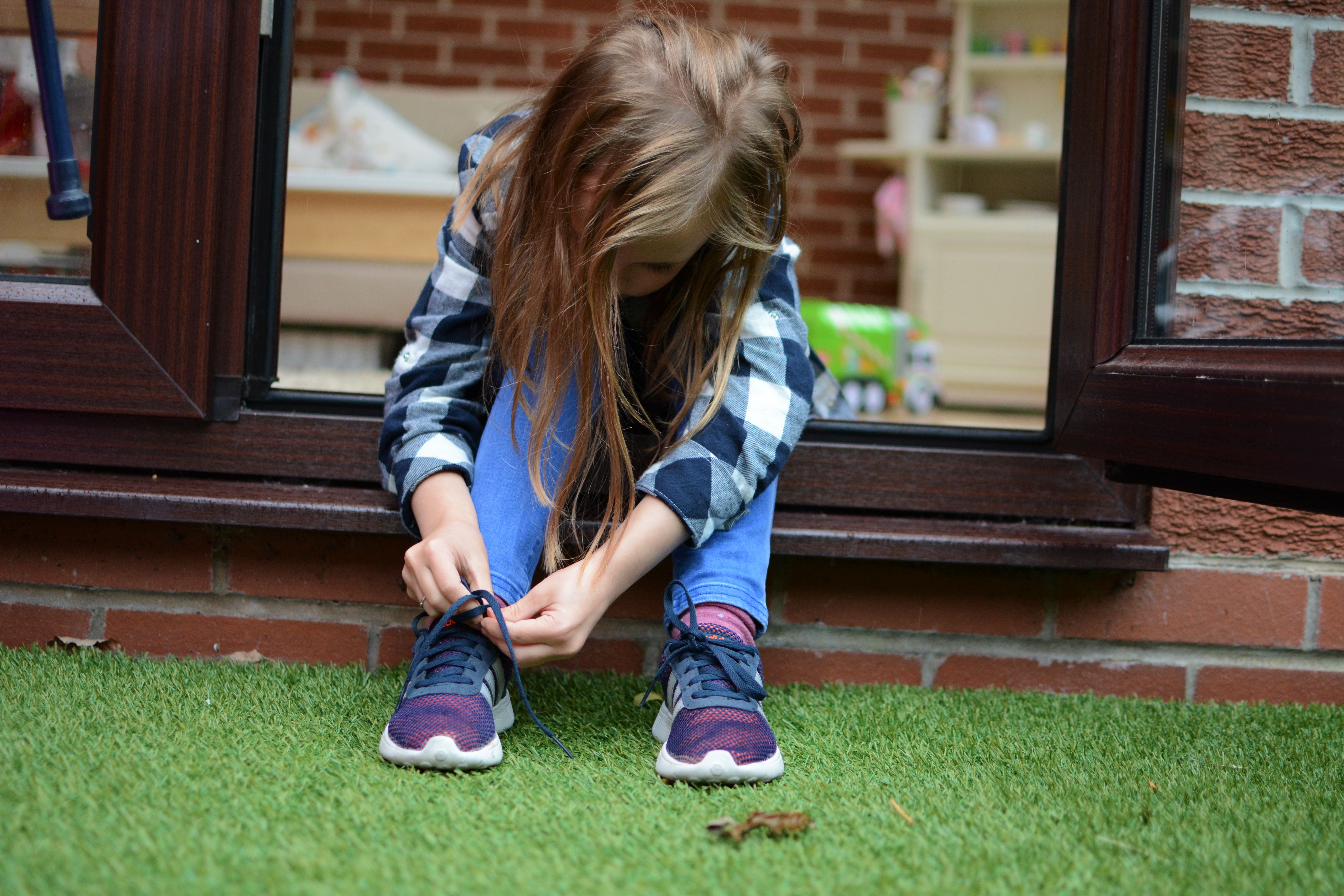 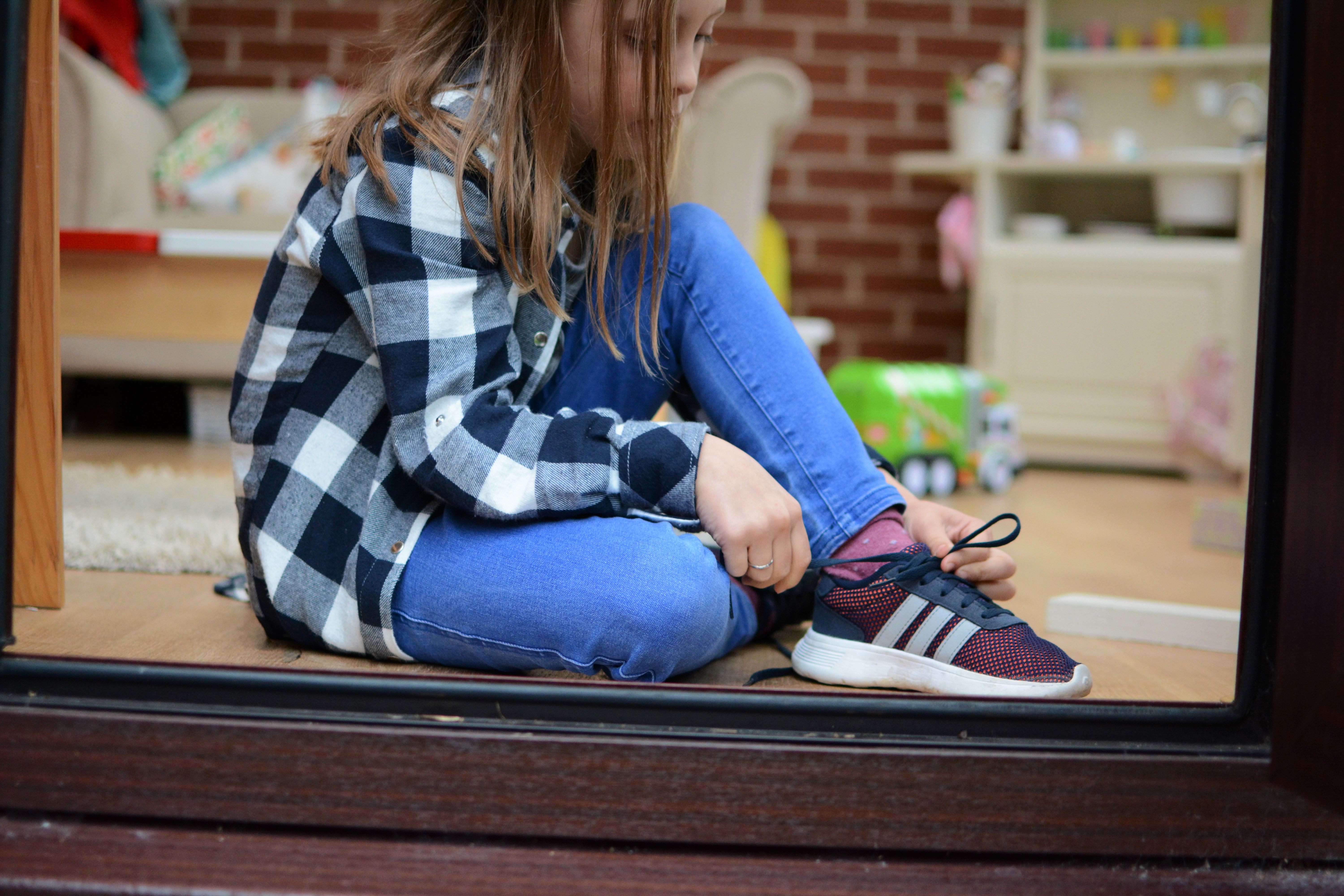 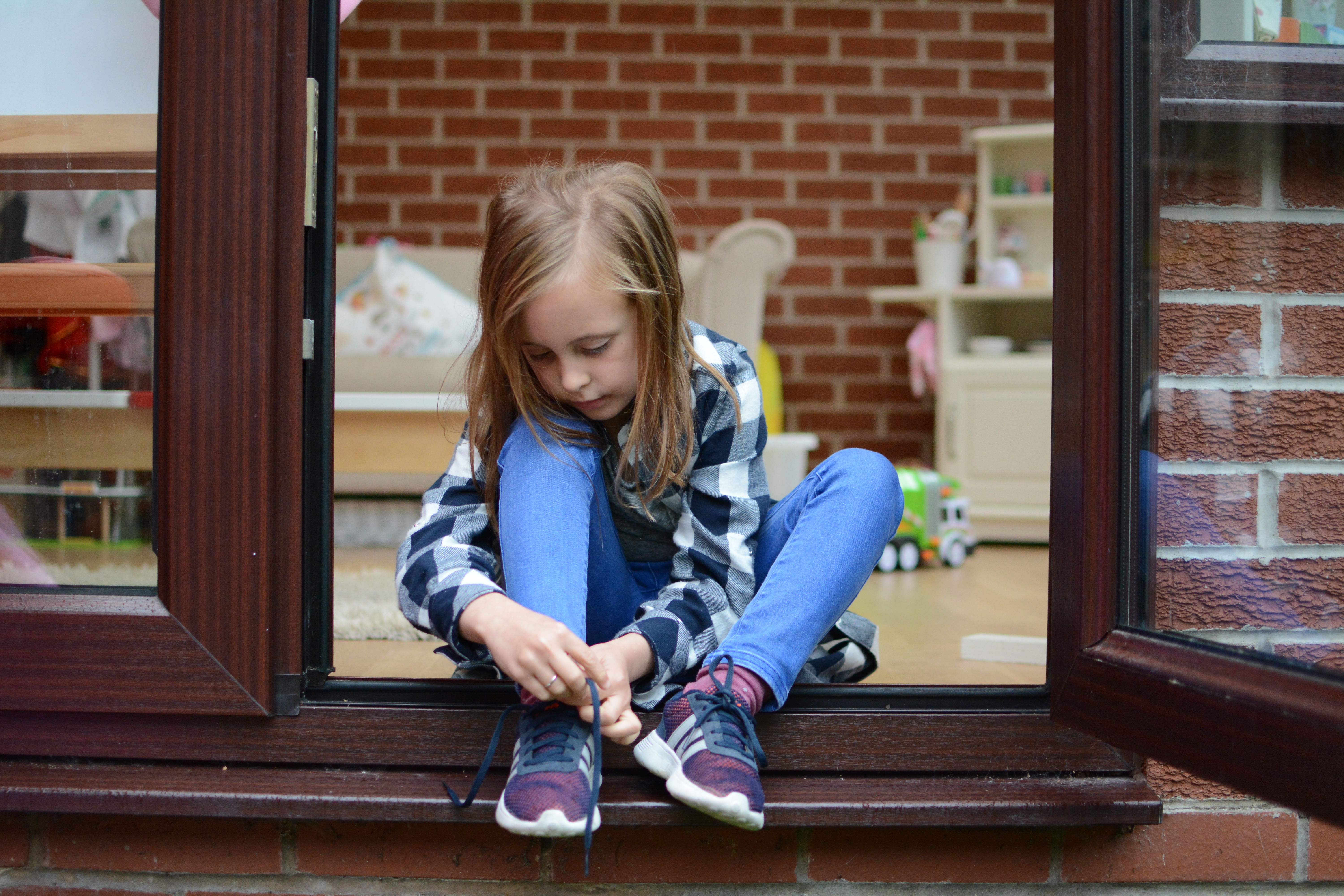 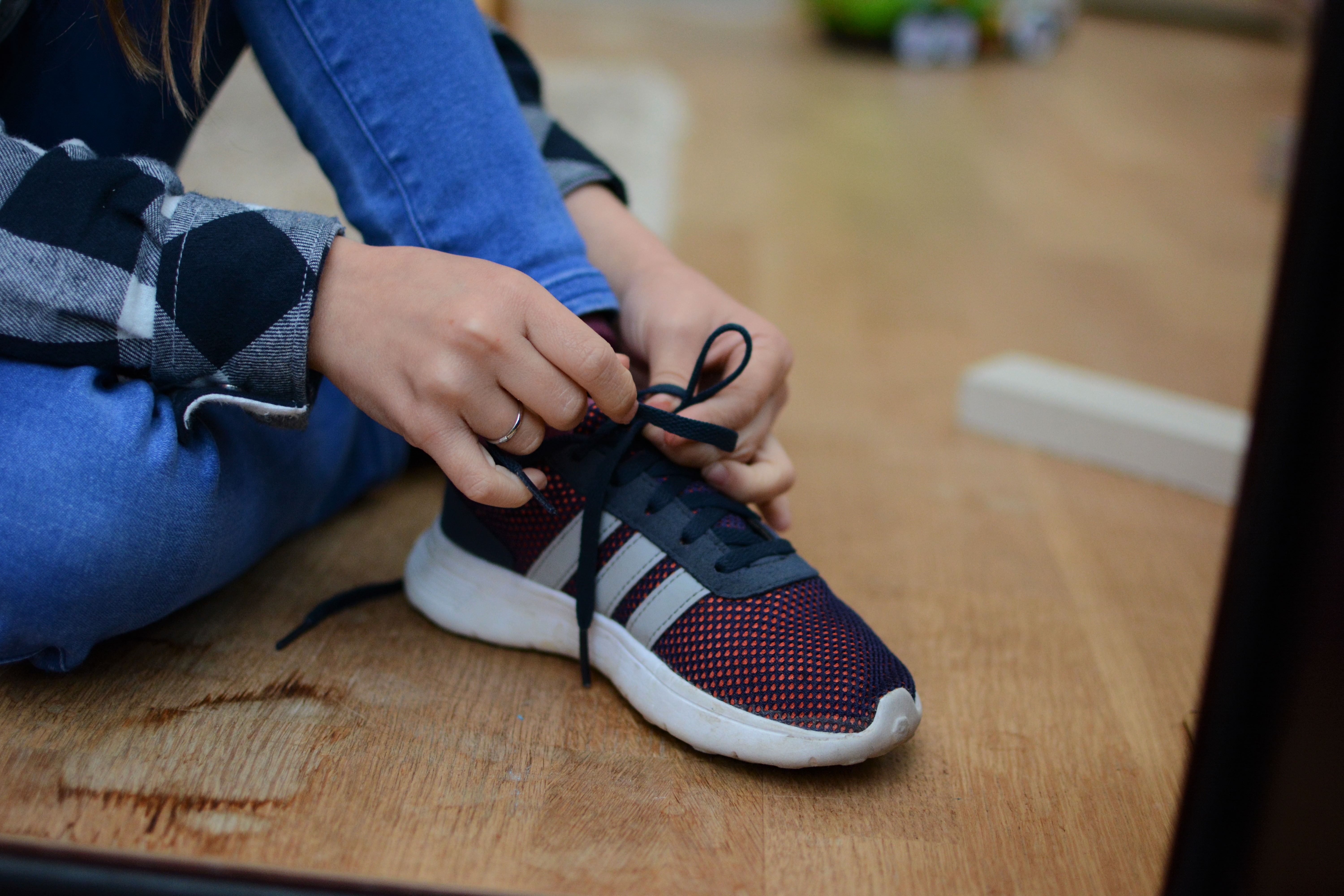