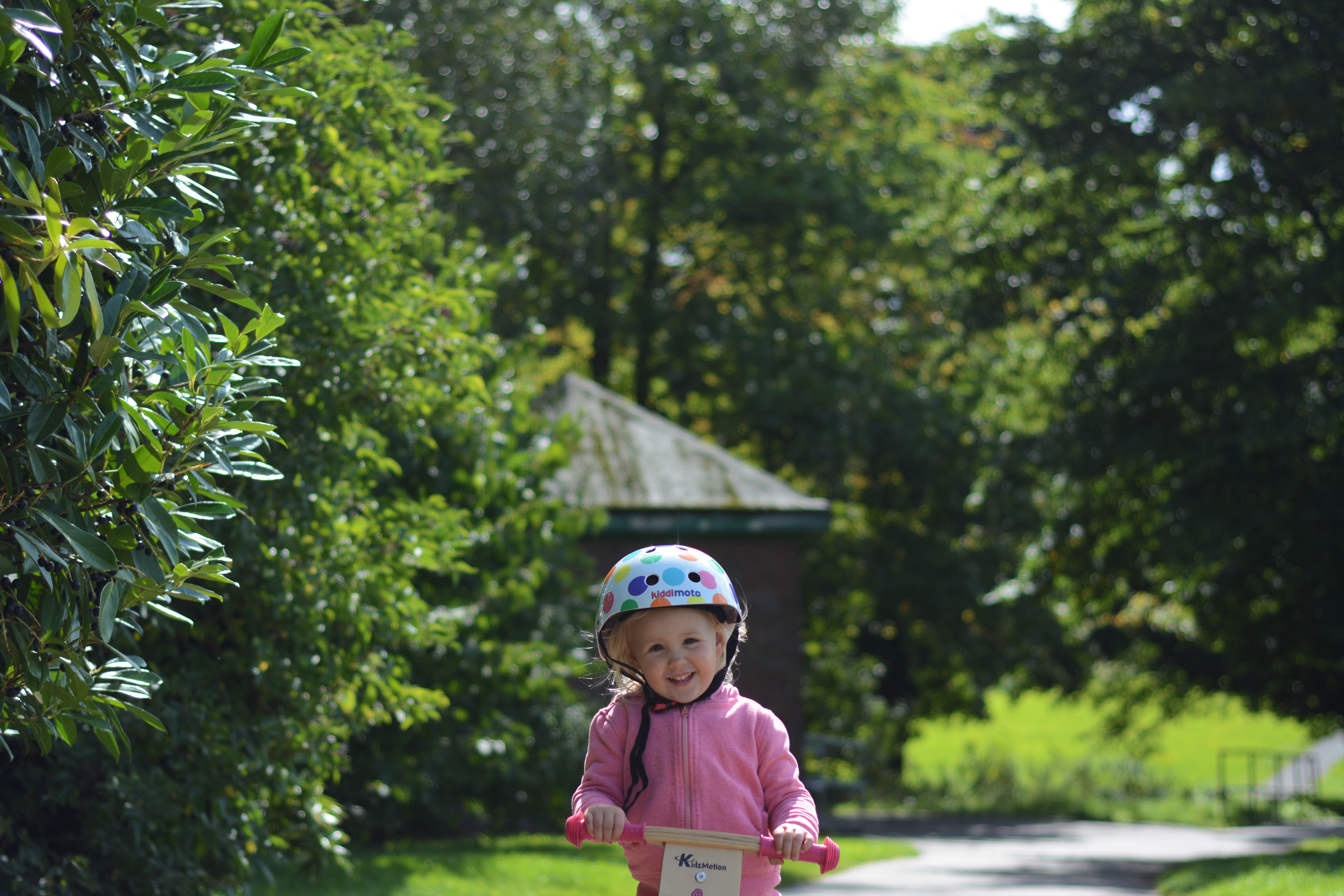 This week has certainly been one to get back to reality after our holiday, or as much of reality as the summer holidays gives us. Eddy returned to work on Monday and from there it has been a bit of a blur. A mostly good blur don’t get me wrong but you know when you realise that life is just so busy in the most ordinary of ways? I have been trying to catch up with house things, sort out after our holiday which has meant unpacking and washing and all of that fun stuff aswell as blogging and of course spending time with the girls who have been the most lovely people to be around and playing so well together it makes my heart melt, and helps a Mama out too!

Between us Eddy and I have been out or busy every evening this week and consequently spent hardly any time together or as a family and had no down time really at all, a stark contrast to the last two weeks of 24 hours a day together that’s for sure. Therefore today we decided a walk in the park and a bike ride would be a good antidote and better idea than just being busy side by side in the house, plus a chance to let the girls lose on their bikes.

Since Eva learnt to swim on holiday it has really spurred us, and her, on to make the most of that new found confidence and get her riding her bike, with stabilisers still, but to maybe work towards learning without them at some point, or at least without coming out in a cold sweat every time we mention it! You see I think I’ve written many times before thatEva isn’t particularly physical and I spent so long worrying about that when she was younger but as she got older I wanted her to feel comfortable in whatever she chose to do so although gave her the opportunity I didn’t push it and she has never been that interested. It also meant that between her needing constant guidance and a little Roma whom whilst keen wasn’t big enough or able to do it by herself and the notion of fun family bike rides watching them from the bench as they rode back and forth in front of me felt like a long way off and mostly, not worth the hassle!

Roma has always had the physical nature in her, she has been obsessed with bikes, scooters basically anything with wheels since she was tiny, even as she walked at a tiny 9 months old she would gravitate towards these things, it is something that seems to come naturally to her so it is a huge excitement now that she is actually big enough to take part. Saying we will go on her bike brings this big beam of a smile on her little face as she squeals with excitement that her tiny little feet can now touch the floor of her balance bike, something that it doesn’t seem two minutes since she could only wish to do. I would love to see her riding along fast soon holding those little feet up like you should, for now though we make do with her basically walking and holding a bike between her legs! I have no doubt she will get there soon and there will be no stopping her.

It was nice to have that time there today, it was good to sit back and appreciate the perks that you get with the children growing up and knowing we are ever closer to the dream of watching them ride off together passing us only with a flash of wind and a casual smile. As much as I love to be in the moment with them I do love the opportunity to watch on too, it’s probably my favourite ordinary moment of all. I do wish that the random british weather wouldn’t come and scupper our plans though as soon after these first photos were taken in the bright sunshine we were running from the rain back to the car and getting absolutely drenched in the process!
I love these photo’s, it wasn’t a big day out, simply an hour out of a whole week but the one hour that I would quite like to remember, the hour when we were together and happy (well, mostly, bar a ‘throw yourself on the ground’ meltdown from Eva and a stand still protest from Roma) . You can’t have everything though can you!? And hey maybe it’s these imperfect moments that make the whole thing perfect anyway, they certainly make me smile that’s for sure. 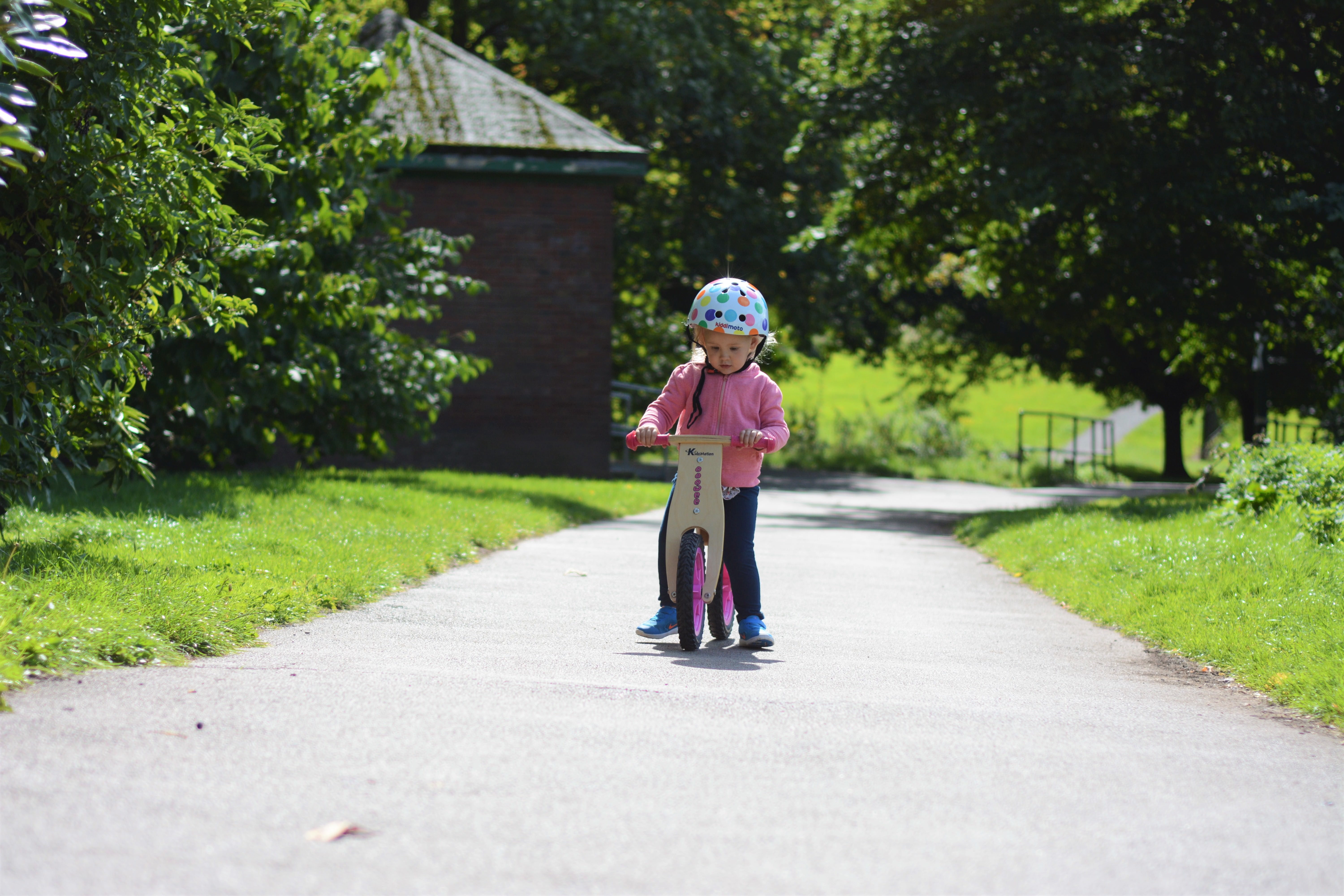 Just look how happy she is.

I love the fact you can see her wispy slightly out of control blonde hair escaping from the back of her helmet showing those curls that I am afraid to cut in case they never return! 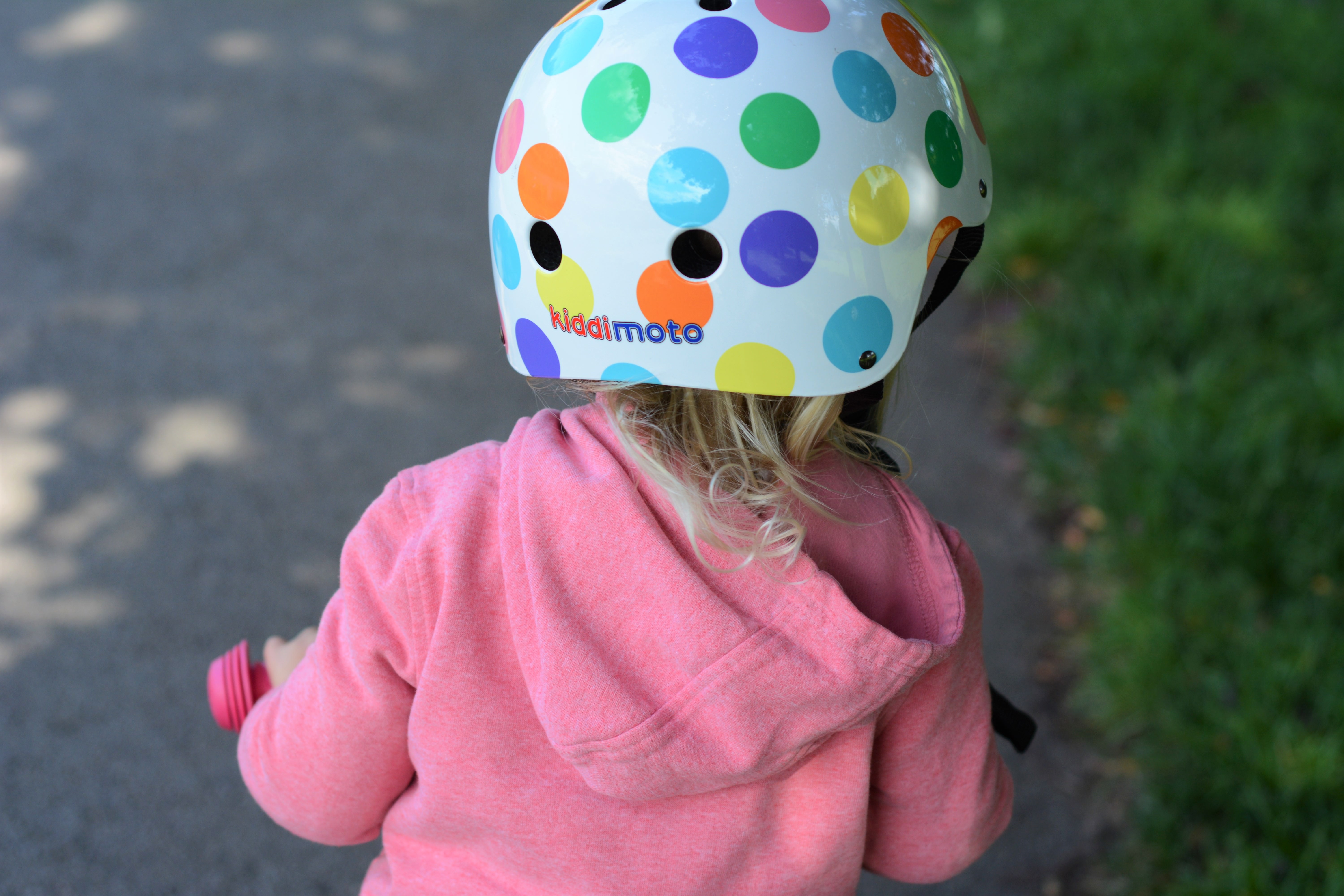 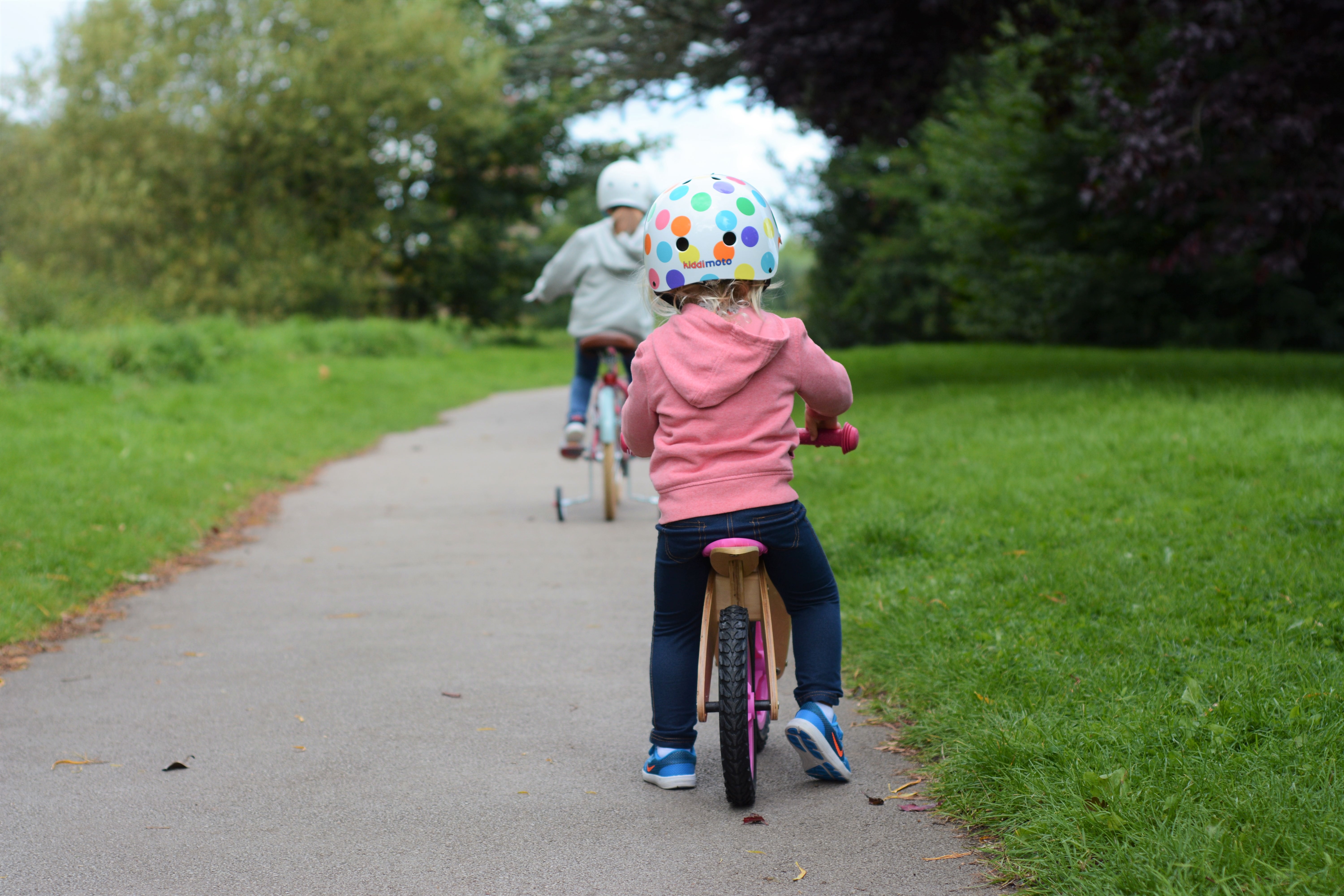 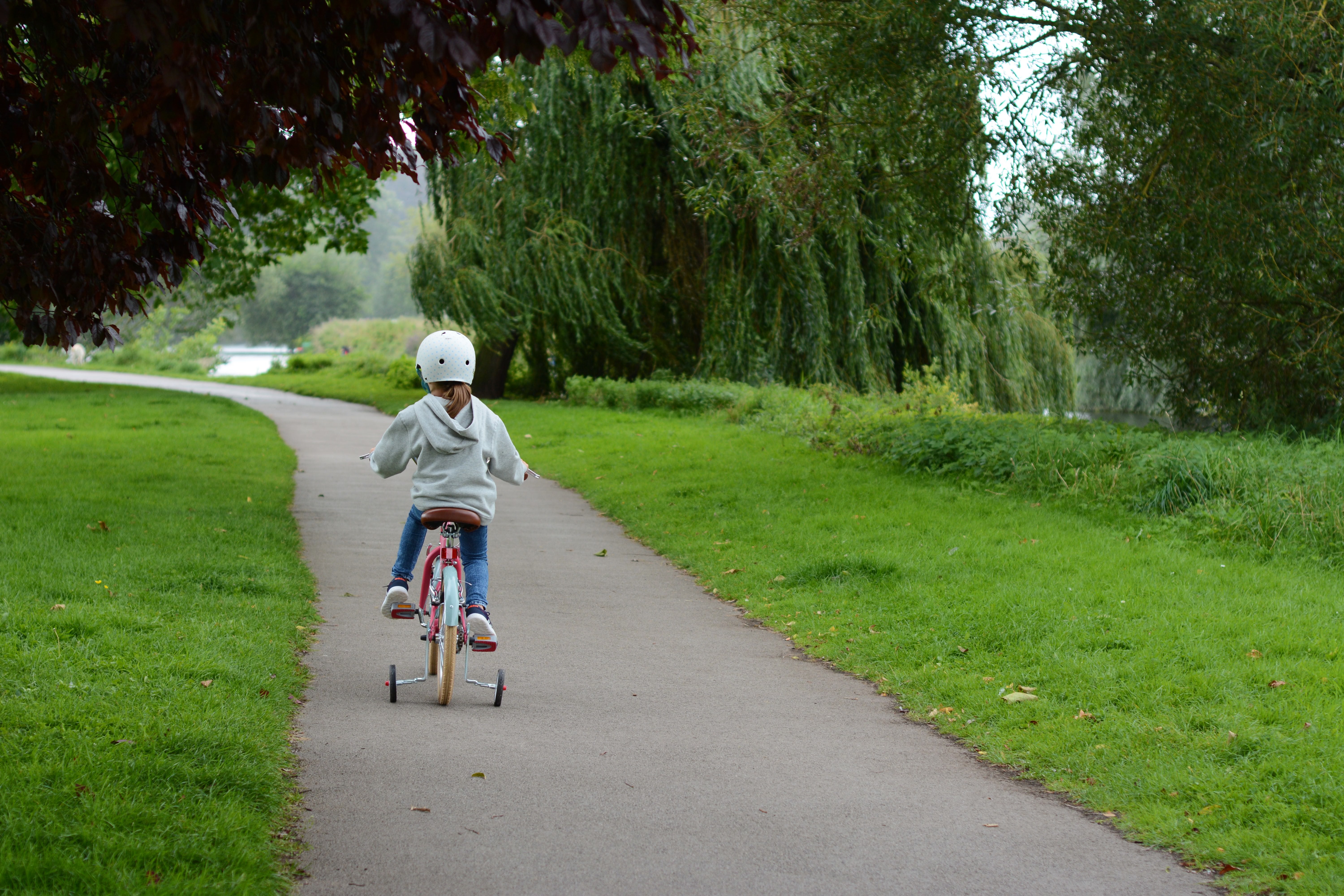 The reality of bike rides with children, where you end up carrying the bikes to a better spot, whilst wearing a childs helmet and carrying children too.. in the rain! 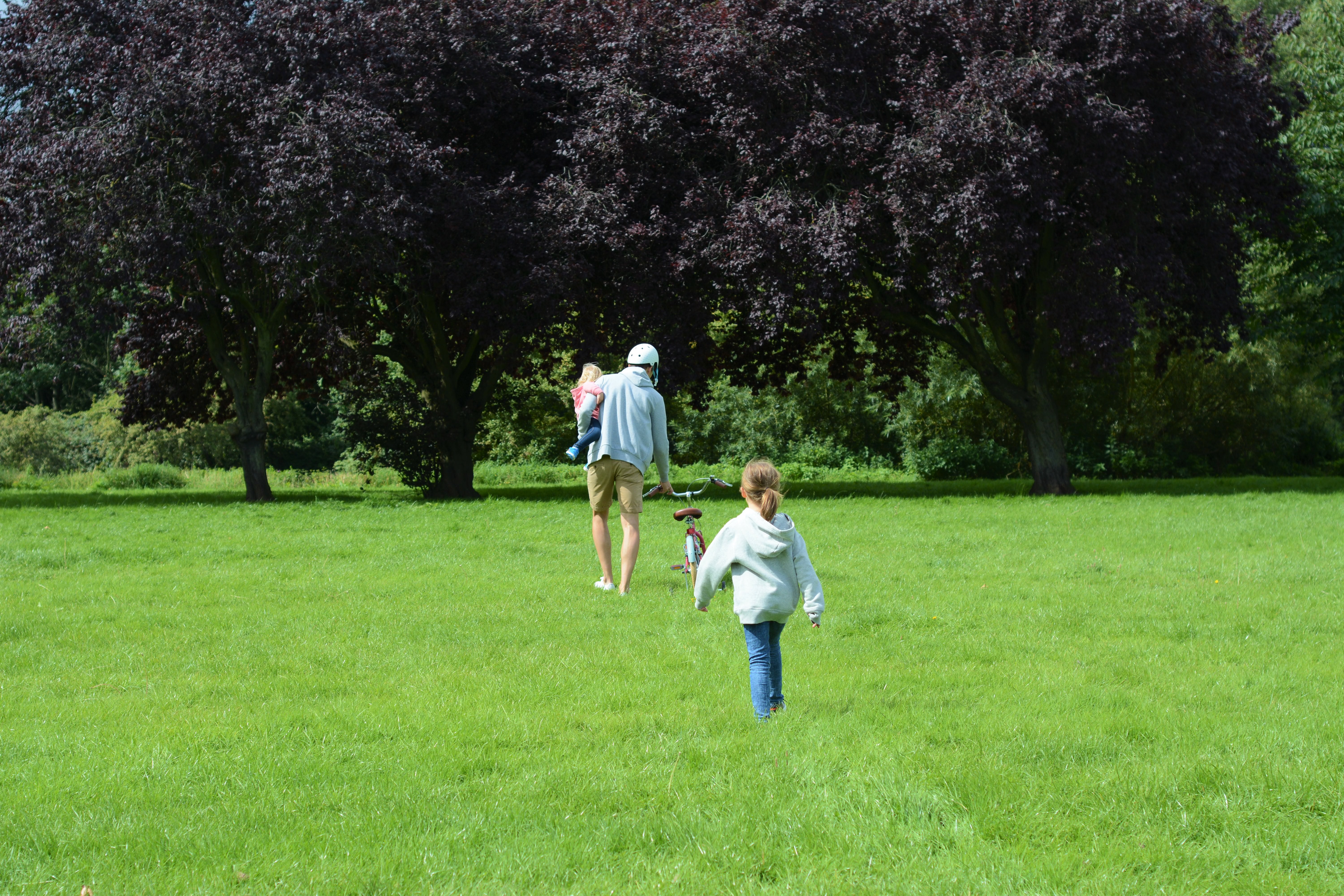 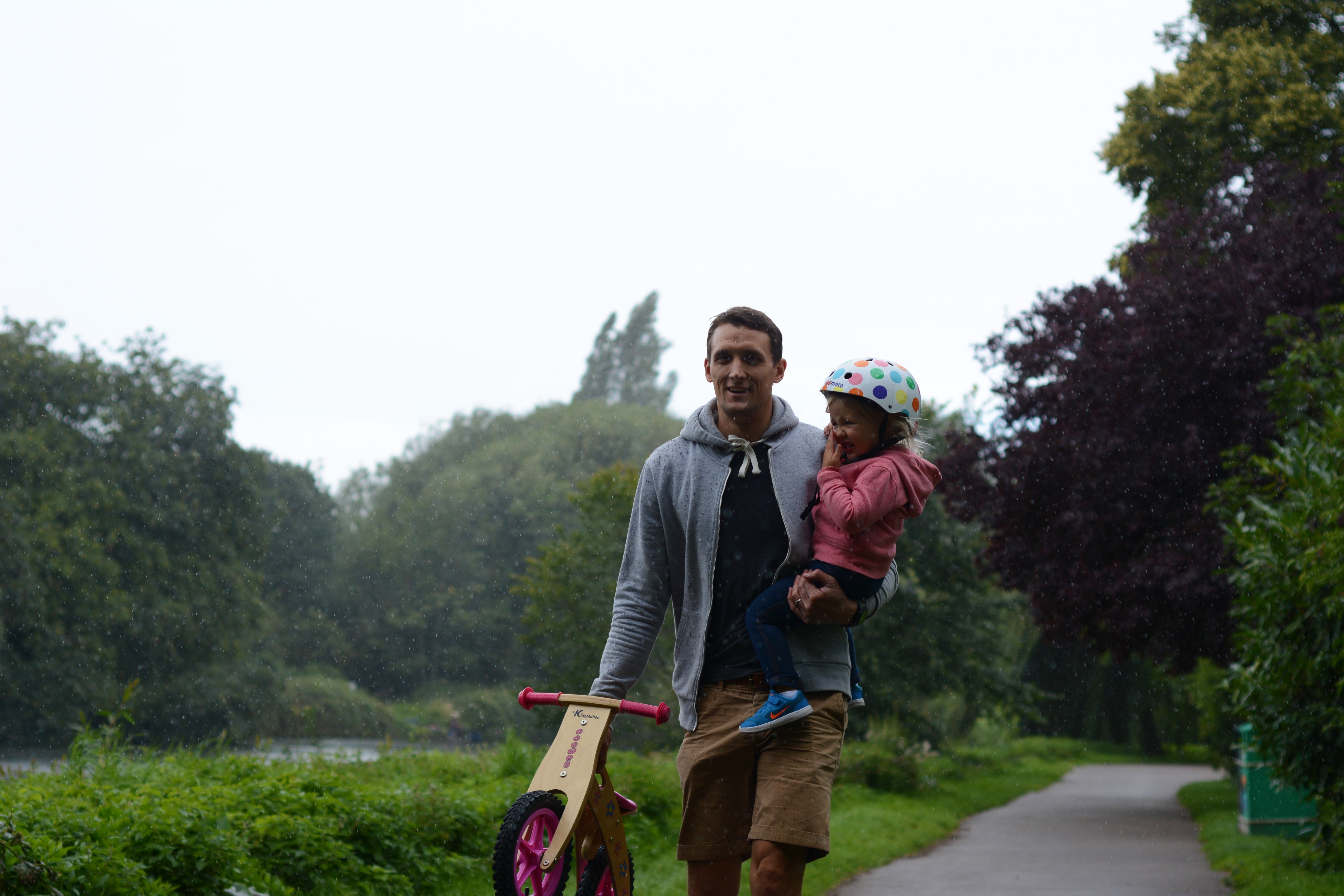