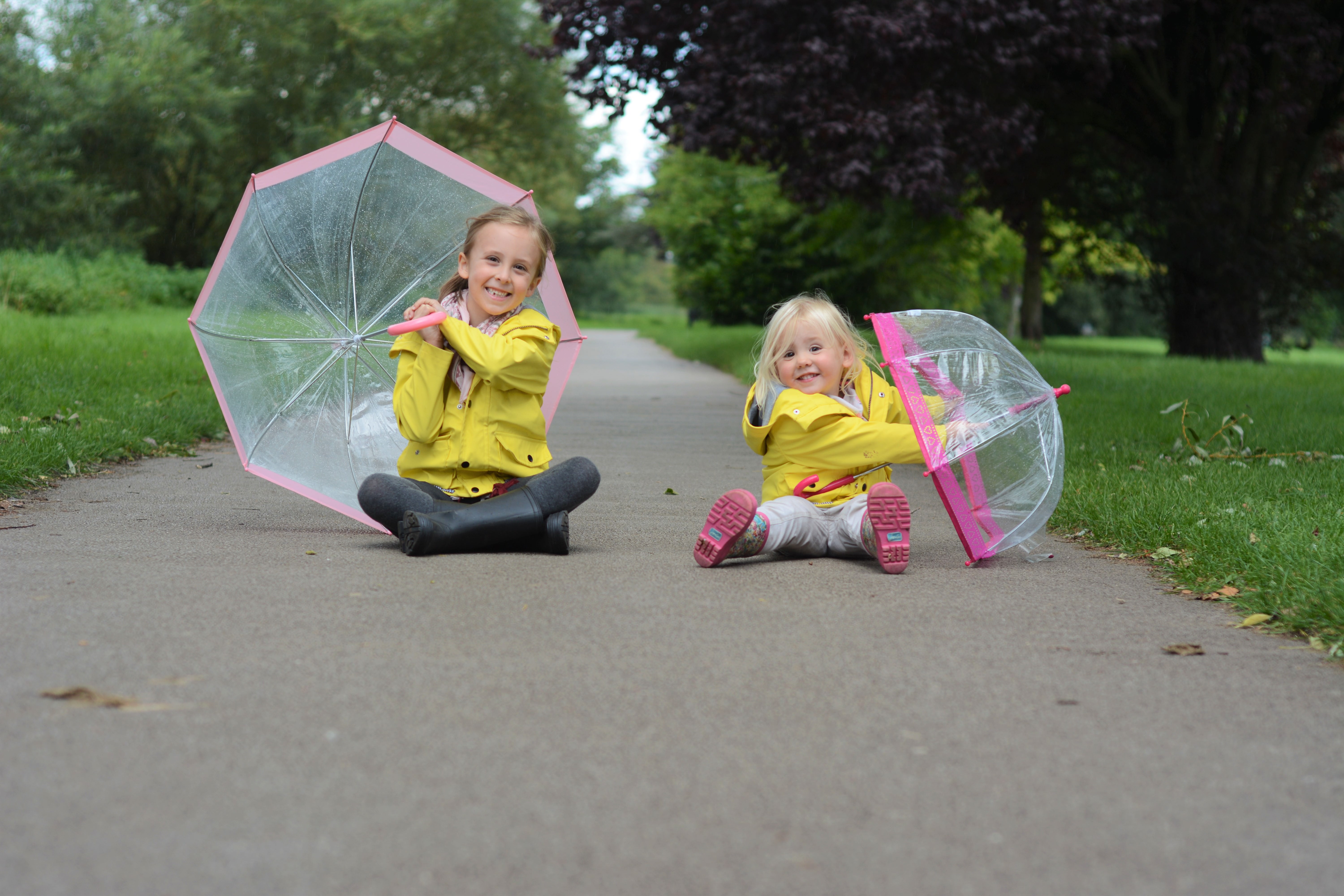 When I look back over the past month it makes me smile, I feel like my two are really coming into their own in their relationship and as I watch them I can’t help but smile to myself, or in the direction of Eddy. Except it isn’t in the usual ‘isn’t this beautiful to watch’ or  ‘it’s a total privilege’ sort of a way, but in a way that makes me laugh and wonder what the heck we are in for for the next 15 years….and beyond!

Yes this month has signified their very first physical fight! I mean they are only 2 and 6 I am not sure I was totally prepared for it but I guess after spending 6 whole weeks together it was fair to say they were in need of a bit of space. It was the kind of parenting moment where I wasn’t really sure whether to step in, be cross or to laugh and throw back the stories of when me and my sisters would fight. Although that was the teenage years so a little more brutal. I often remind Eva that I was (am) a sibling and that I know the tricks! I see the sly digs and know the guilty looks. This time I settled for calmly explaining that someone was going to get hurt and to listen to one another whilst laughing inside and hoping they would sort it out themselves before then physically separating them when that didn’t work and just before it turned into tears.

I am hoping I am not the only parent to go through this and I know I have two head strong girls that are bound to disagree and it is part of my job to teach them to do that amicably. But this isn’t going to be the last time is it? They do get on really well generally and I love watching their games and how that evolves, I just definitely have to keep my eyes and ears peeled these days for sly pushes and telling tales, on both of their parts!

Despite this one incident they have had a really good month, half spent in the throws of summer still with relaxed routines and adventures, we went on a lot of days out, had a weekend glamping and pretty much made the most of the end of the holidays. Then the last two weeks have been another adjustment back to being separated once again as Eva started in year 2 and her new school. She is taking some time to settle especially going in in the morning but generally seems to be doing well once she is there which is great and whilst Roma is missing her and gives her the biggest hug when she comes out the classroom door, we are having such lovely quality time together which I had really missed. Once Eva is home from school they have been wandering off to play games of their own. The parenting dream.

Some of the things they have been loving together this month is reading to each other, well Eva reads to Roma and Roma pretends she knows the stories and ends up saying random things just to make Eva laugh! The theme park rides and the 2p arcade machines, I have one spender and one saver in the mix, and it’s a total surprise that Roma is the latter. They love spinning in my office chair all snuggled up to one another, Roma gate crashing Eva’s back to school photos and playing in the car pretending to drive and be the passenger when we are far too early for school. Finally they have loved getting their wellies, yellow raincoats and big matching winter coats out as the weather turns, something Mummy isn’t too happy about!

When it comes to photos I have actually got quite a lot of them together from our adventures this month but I really wanted to reflect how time is right now so yesterday as we went on an after school trip to the park I took my camera with us to capture some shots. With school starting it seems like such a long time since I took photos with my big camera and I am so glad I did as I think these might be some of my most favourite photos of these two ever (I am also aware I say this a lot)

As the black clouds were looming we went prepared with raincoats, wellies and umbrellas, all things they are both obsessed with and despite the fact that it was not actually raining when we first got there they both insisted on having their umbrellas anyway, which came in pretty handy when it threw it down just 5 minutes later and we made a mad dash to the car with me covered in just a scarf as I wasn’t prepared enough for myself and them both shouting that I looked like an old lady, in front of an older lady! Thanks girls.

I also promised myself this month that I would try not to only get photos of the backs of their heads. It is all too easy to snap away as they are off together playing and that is my reality most of the time but I know when I look back at these I will want to see their faces, their expressions and most of all the way their relationship shines out of the photos and I can instantly see how one makes the other feel in that moment. So yes there are still alot of photos of the backs of them and maybe I will always have a bit of a soft spot for that angle but I also managed to encourage them to look at the camera too with a game of umbrella peekaboo!

All in all it has been a good month, a mixed month that has shown me and hopefully them that even if you’re fighting, when it rains you can dance in it with beautiful umbrellas. bright coats and go hunting for rainbow, together. 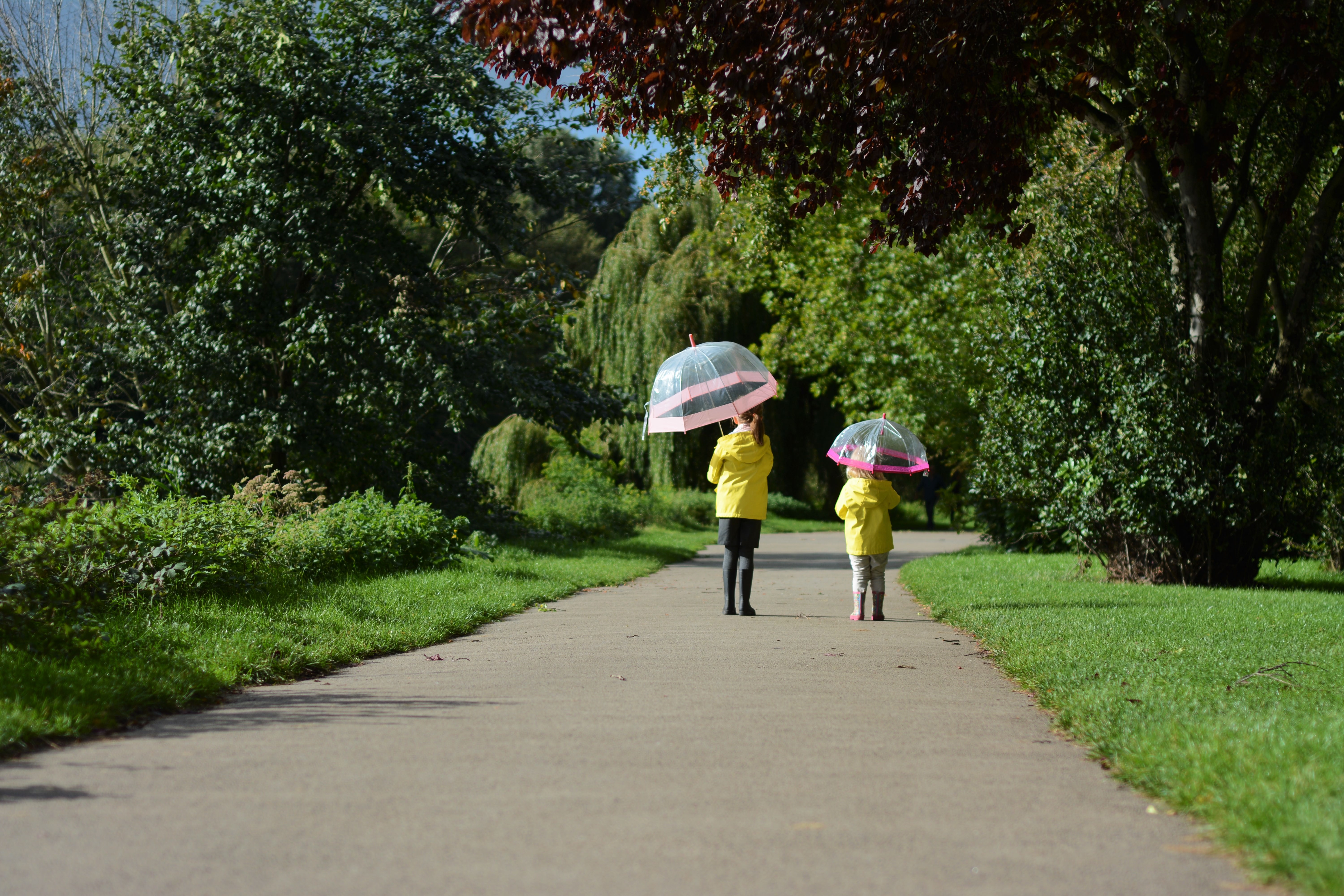 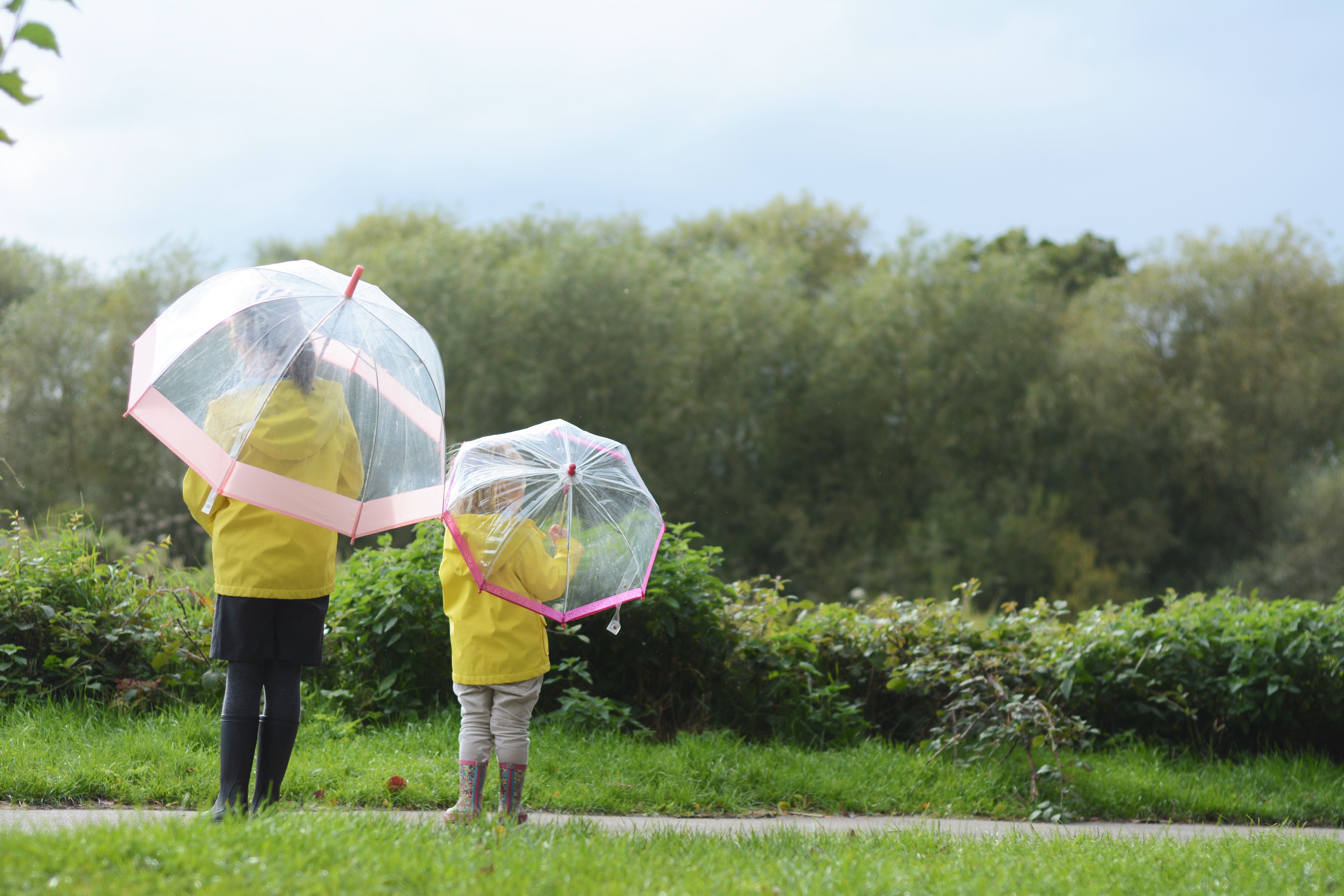 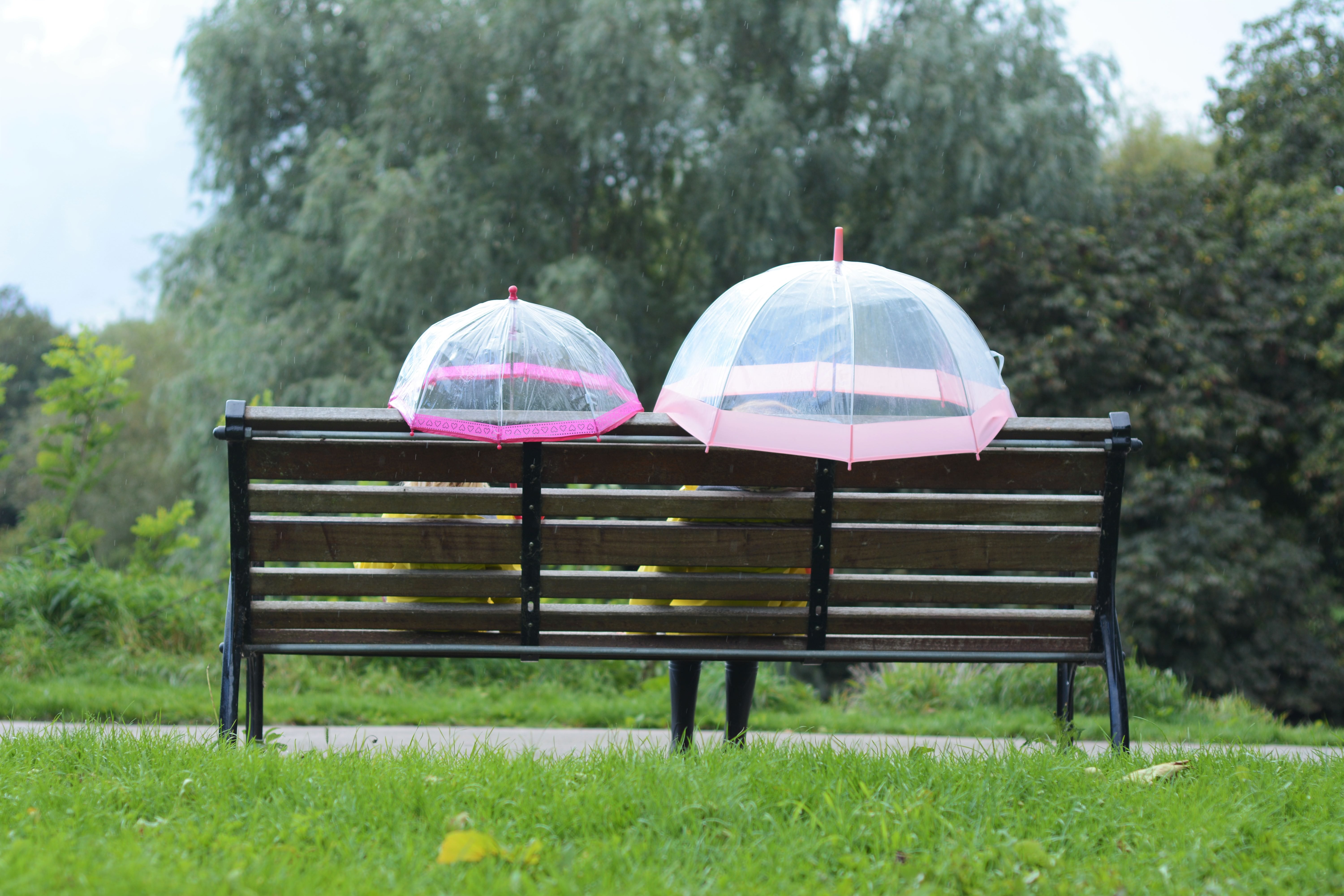 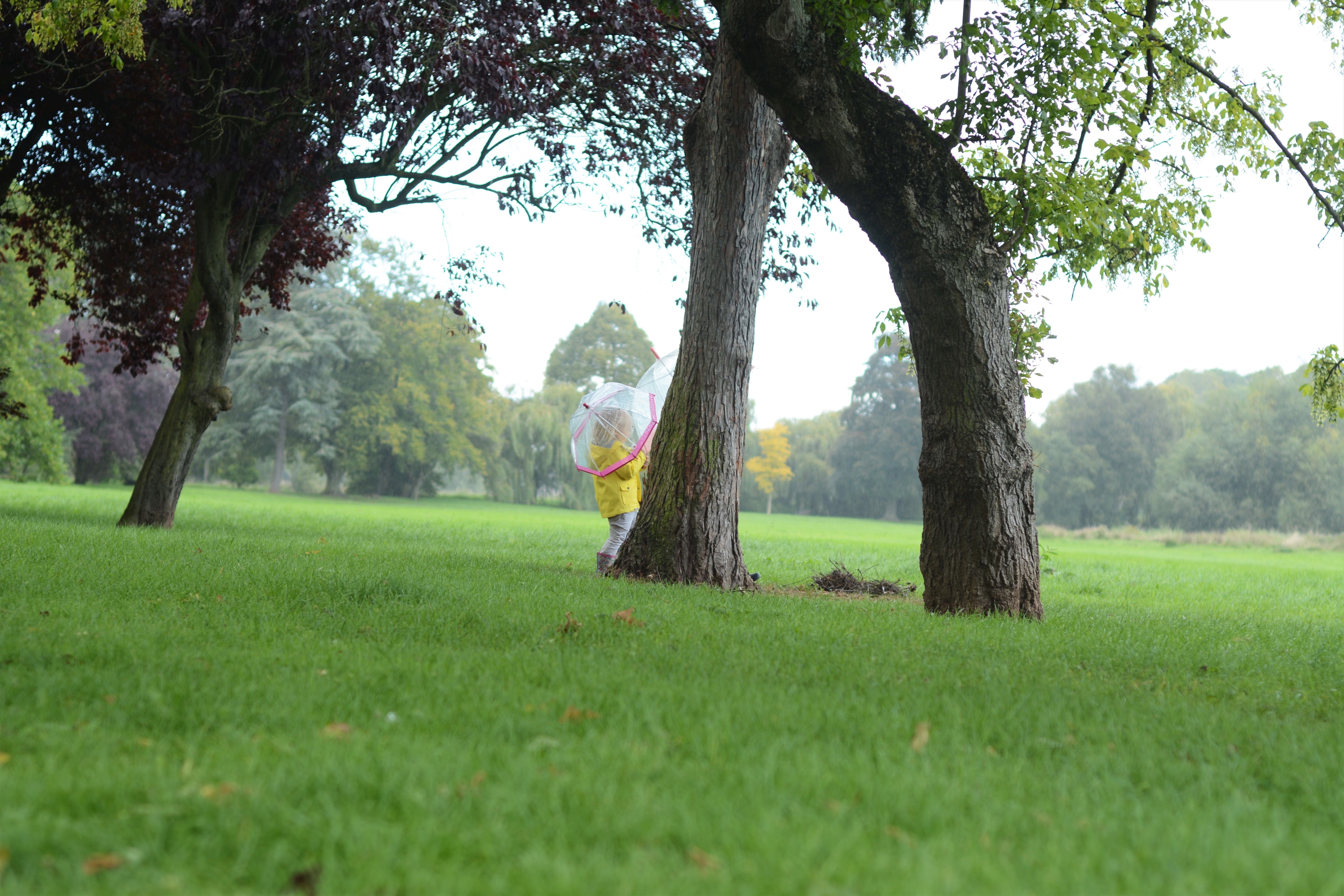 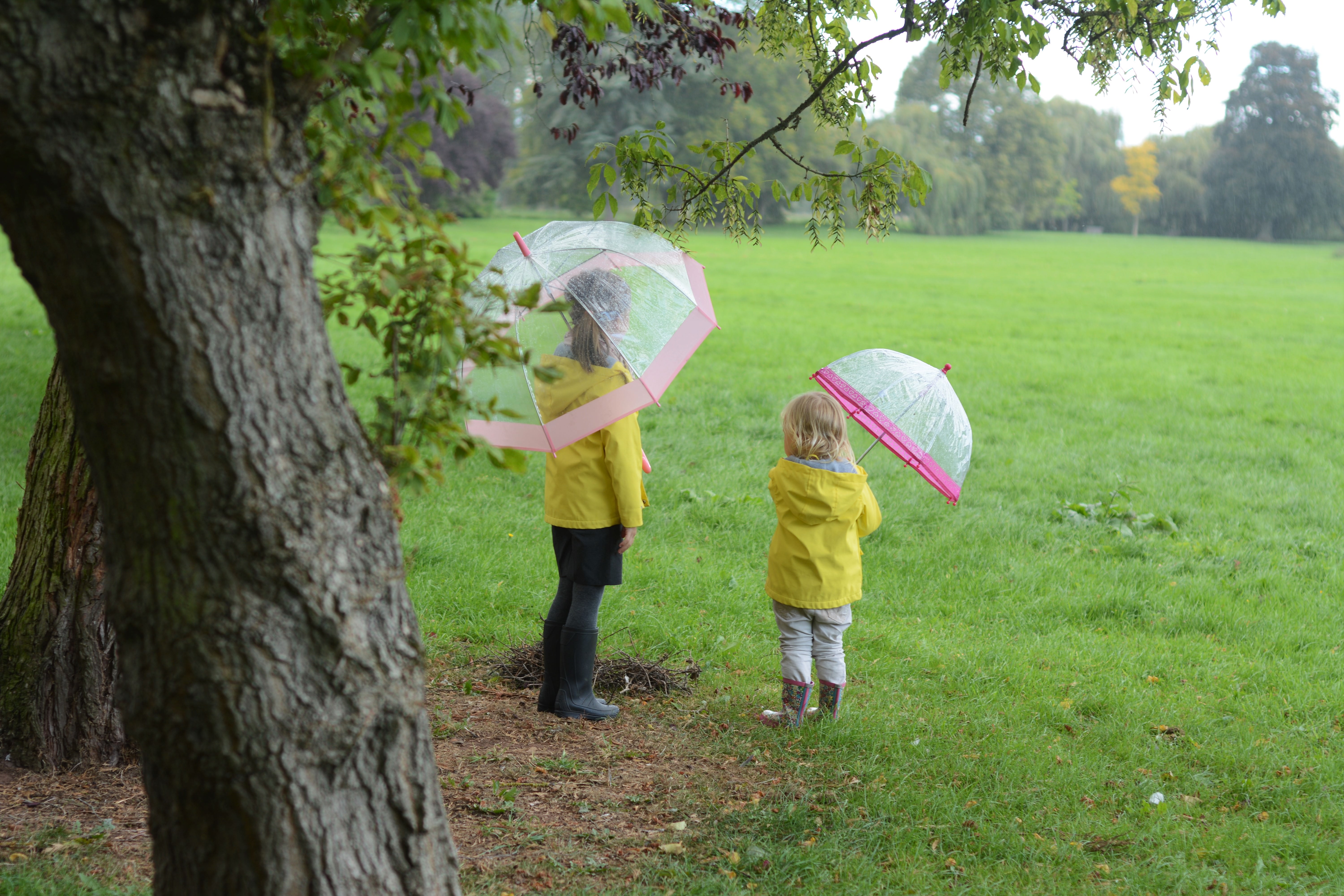 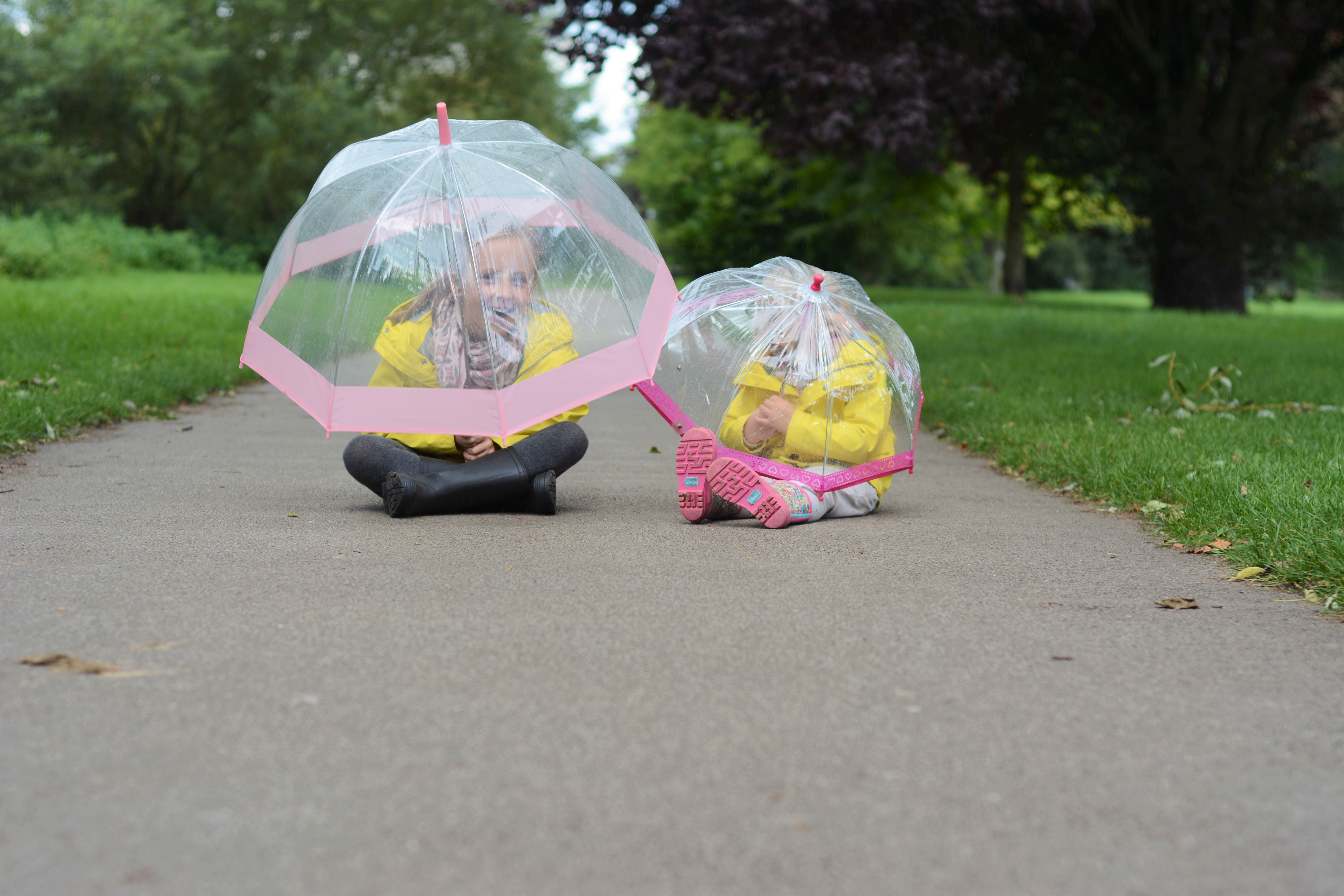 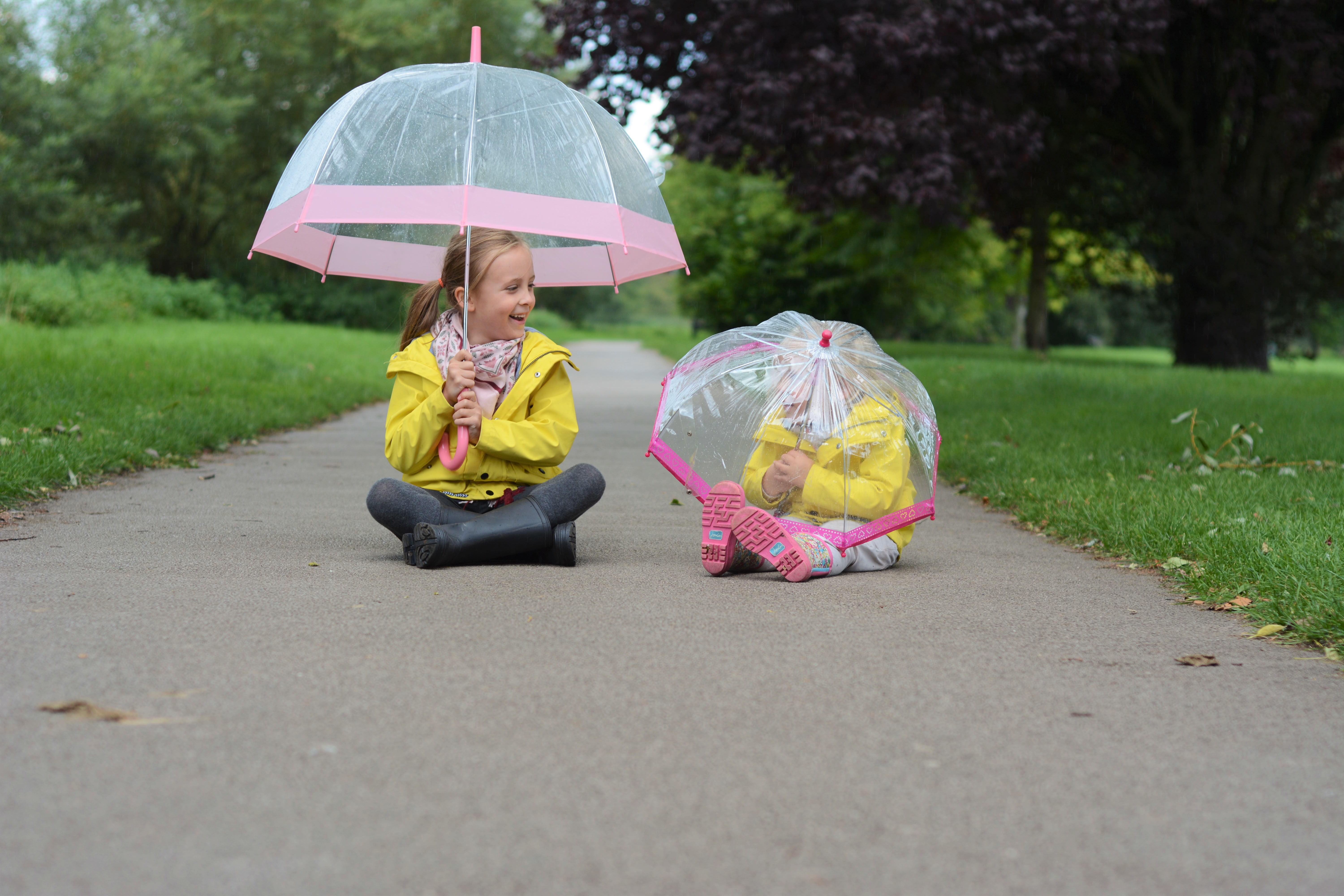 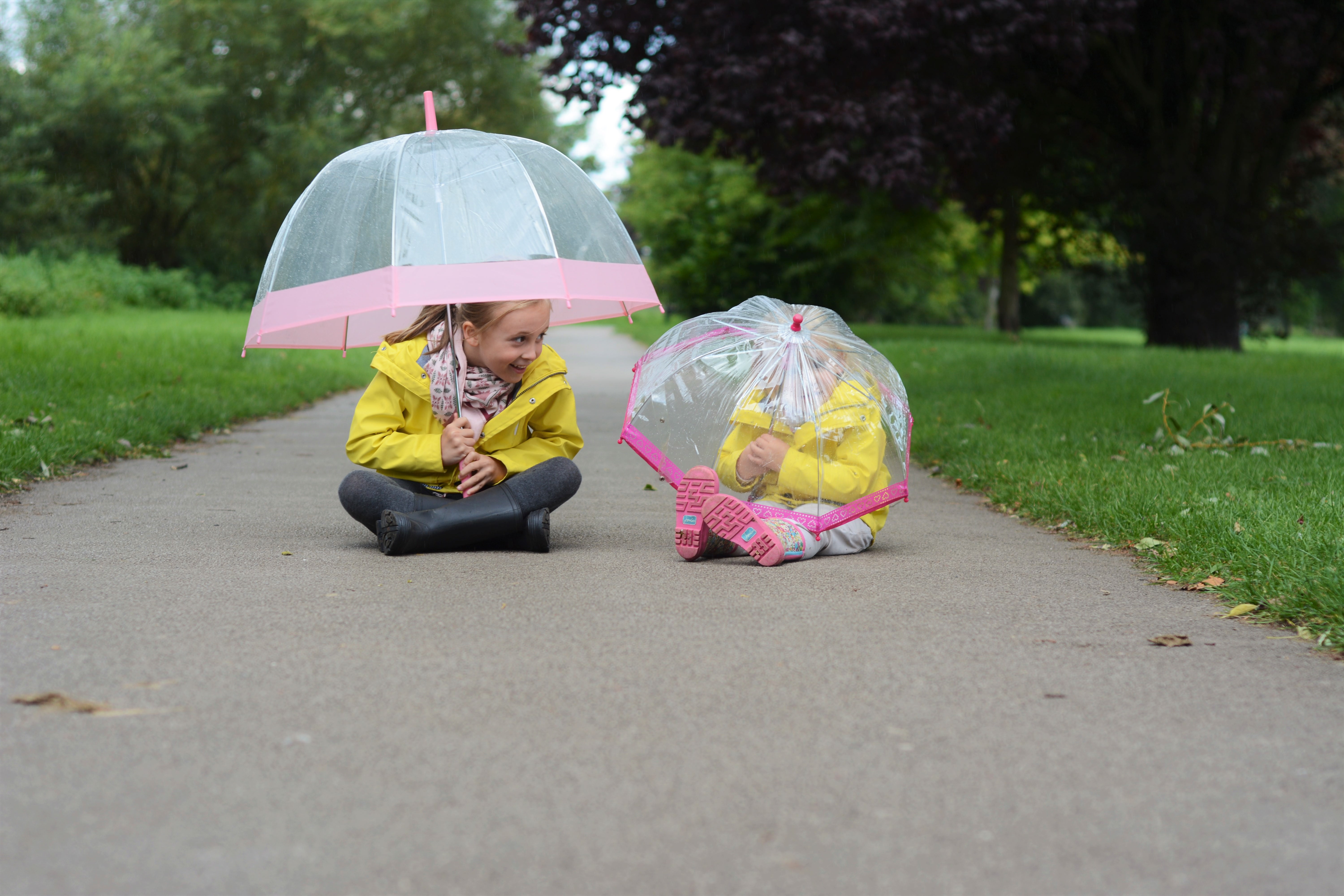 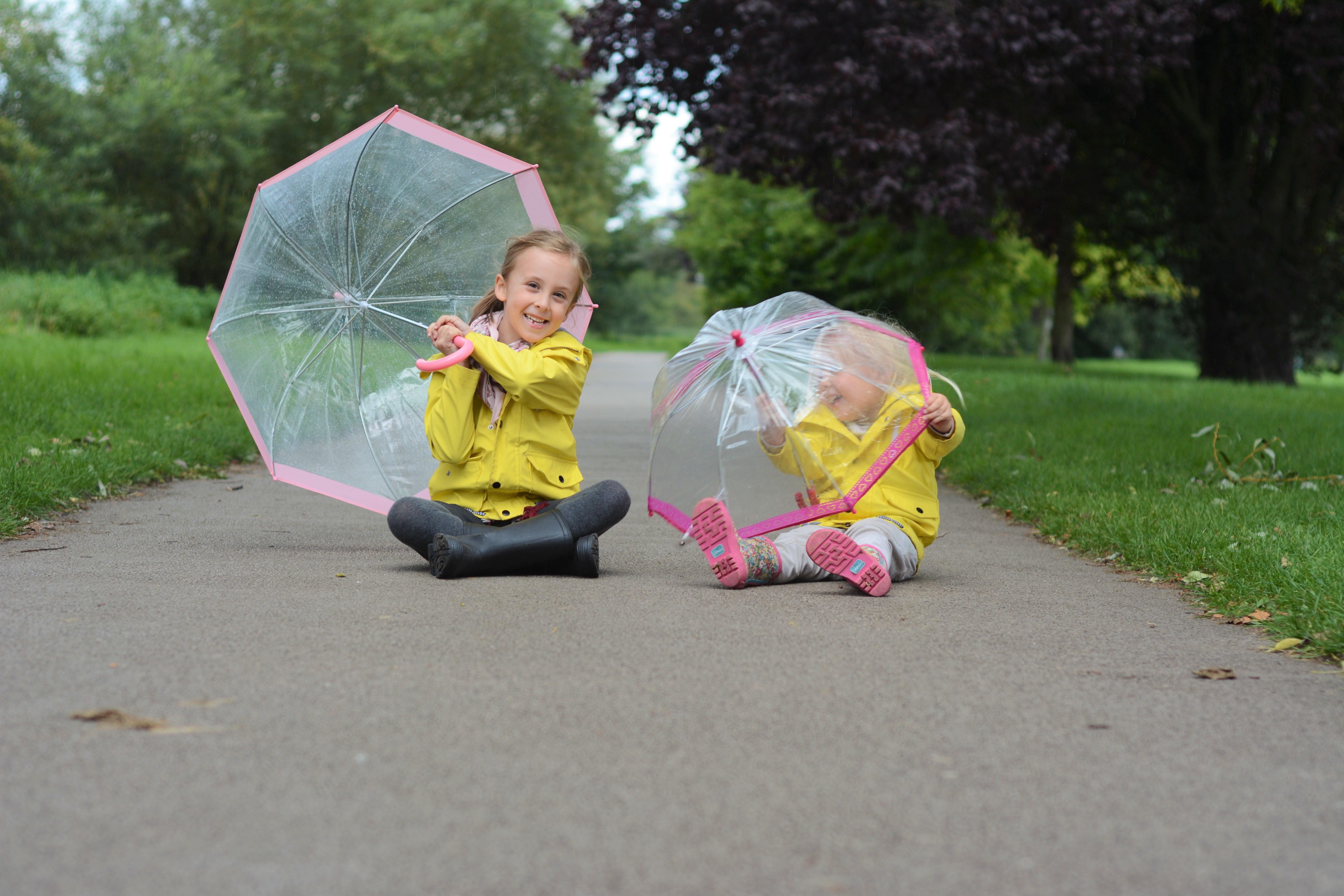 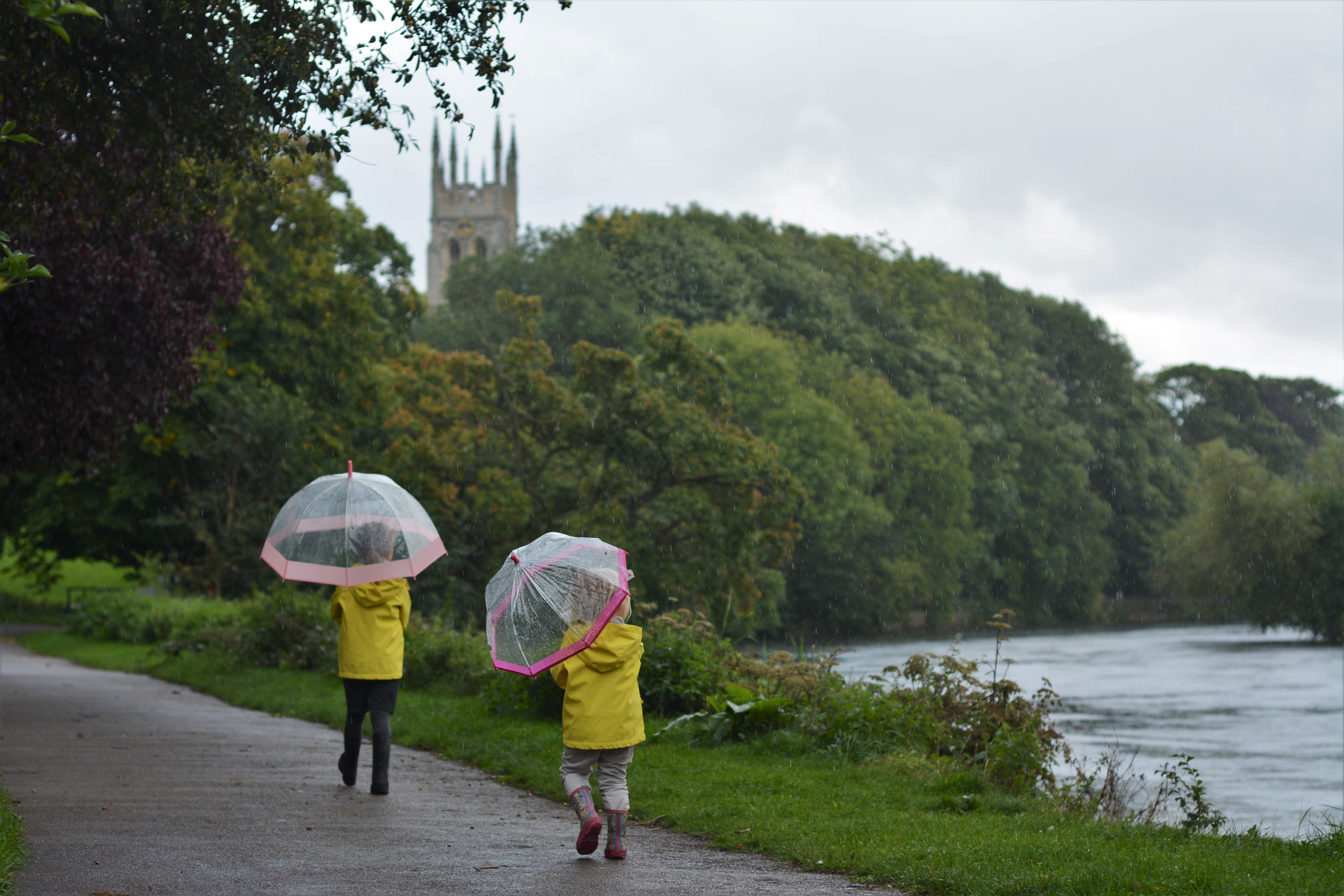 The sky changed pretty quickly as we dashed back to the car!