Living Arrows {which originally comes from a poem by Kahlil Gibran, “You are the bows from which your children as living arrows are sent forth”) is about celebrating childhood, and for me is about one photo from each week telling a story, mostly, all of it’s own.

Usually there isn’t a day or two that goes by without me taking photos, I absolutely love it and definitely think that it becomes an extension of me and I basically feel lost without a camera in my hand. But this week I just haven’t much felt like it {I wrote a bit about why yesterday} and as it has been busy and slightly stressful it resulted in no photos being taken of the children at all. So yesterday as we headed to the Sealife Centre to support Eva’s ‘under the sea’ themed homework I took my camera along too.

Roma was so thoughtful and stopped to look at everything, she loved the penguins and we even got to see their eggs when they were being fed, I swear she would have stayed there all day. She would also though just look at anything and here she is really staring at the fish below who were having a bit if a tussle and asking why they were pushing with their noses. She is such a sensitive soul. 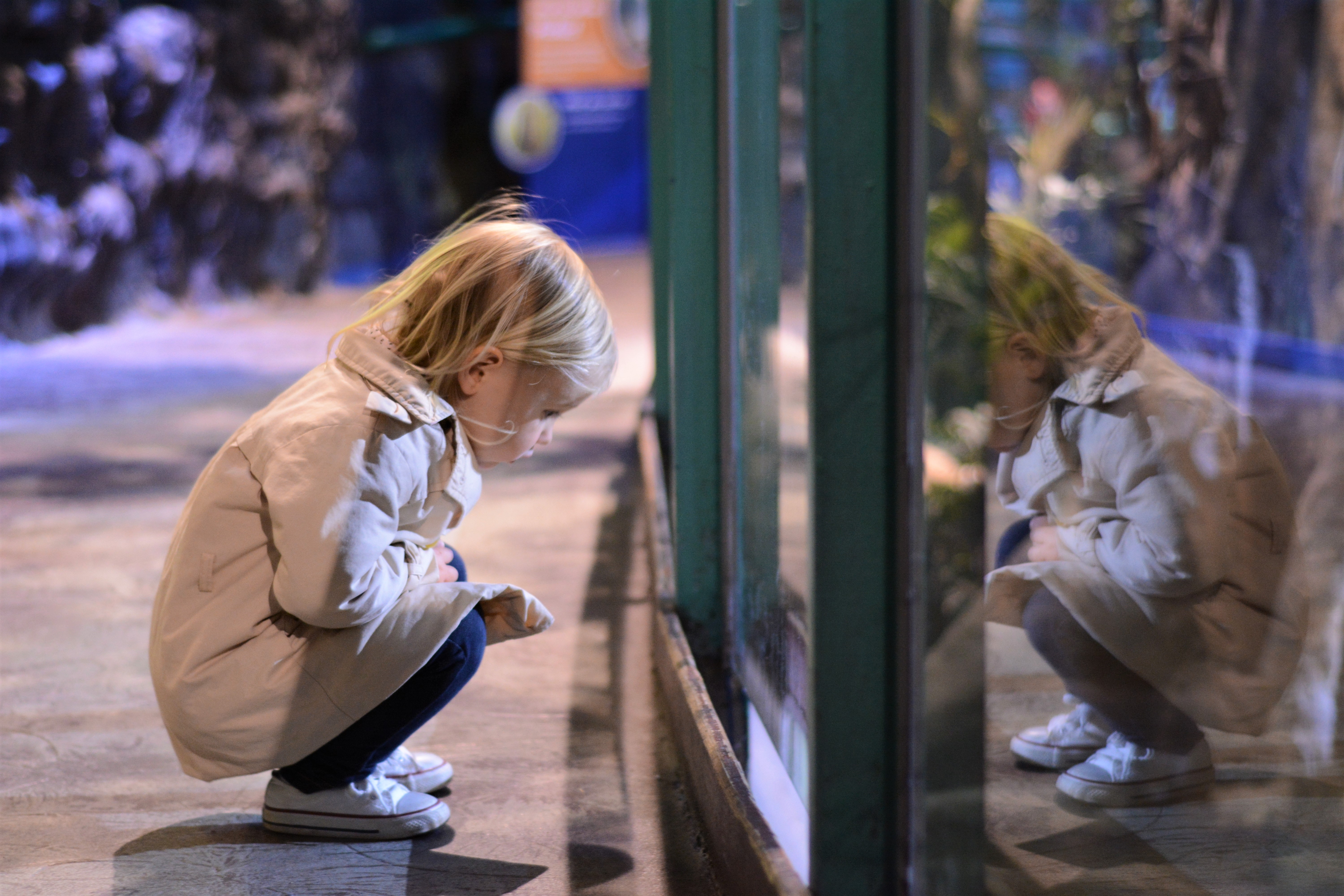 The photos aren’t the best as of course the light and changing colours in there are tricky but I still love this of Eva. She really liked all the fishes especially in the tunnel when you can see everything, including her favourite Mo the turtle. It was nice to talk to her all about under the sea, I love it when a bit of education can be mixed in the fun. We were only there an hour but it was enough to ignite her creative side and she spent the afternoon designing her own sea creature, writing about it and even making a version out of felt – it was called rainbow!