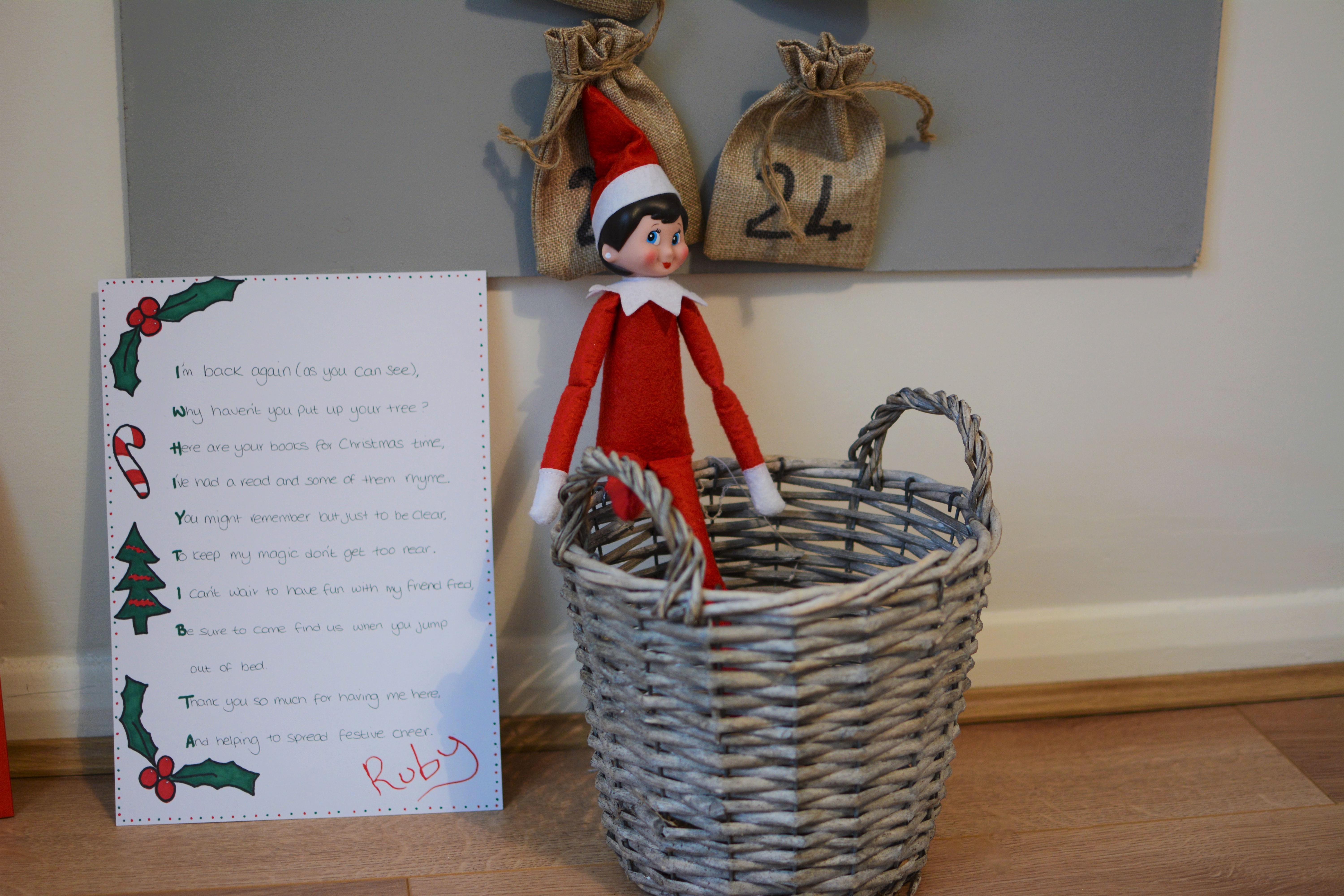 Elf on the shelf.

I’d say easily on par with important Christmas questions people get so passionate about like real tree or artificial? Turkey or gammon? Stockings or no stockings? Dare I even mention Christmas Eve boxes?? People do seem to have pretty heavy opinions about it all.

It’s fair to say. As is probably obvious by the title alone. We are full on Elf on the Shelf converts. Also to note I’m a big stocking fan (anything for a few extra moments in bed) love nothing more than gammon for Christmas lunch and think Christmas Eve boxes should be given on 1st December to get as much joy out of it as possible because who only wants to wear Christmas pjs for one night?

I digress. We have an Elf who visits our house and I’ll tell you why.

A strange little Elf who comes into your house at night and gets up to mischief, keeping check and reporting back to Father Christmas each night. Ok. Yes it’s a bit creepy. It’s one more thing to add to your probably already looong Christmas to do list. Yes it’s another overly Americanised tradition infiltrating our country like the word holiday or how we now apparently go big on Halloween.

BUT. Have you seen the joy of children who wake up every single day in December full of so much excitement and enthusiasm to get ready in order to find out what the elf has been up to in the night? The wonder in their eyes (and speed at getting dressed) at what this tiny person all dressed in red can do and the tears of laughter that roll down their face accompanied by the sounds of unadulterated belly laughter? The sound that is literally childhood.

No? Try it. I swear it gets more magical every single day and I just cannot get enough. Even just thinking about it gives me butterflies. Which also coincidentally keeps me going at midnight when I realise the blasted thing hasn’t moved an inch! They run around the house looking for her and her friend Fred (a teddy the Elf brought one year when Roma couldn’t be trusted not to touch it) to see what funny things they do. We don’t call them naughty and they never get up to things we wouldn’t deem acceptable for the children to do it’s more of a mischievous glint in the eye and an occasional finger wag as they look at each other and us for reactions too. This feeling just bubbles up and up until Christmas Eve, the only day they can touch it and what Roma has named as the best day of Christmas ever. Bold statement right?

Yes it means they are saying goodbye and mornings will once again become a battle of asking them why they only have one sock on and to please just brush their teeth but at least for a while this is diluted by the fact they get to say it with as big of a gesture as they can muster. It’s like a farewell to an old friend and just melts my heart with that overenthusiastic hug that seems to have been building up for 24 beautiful days of their new best friend.

So without further ado here are some of the things our Elf (her name is Ruby and she has a Teddy friend called Fred which she brought one year when Roma was too young to fully comprehend the ‘no touch’ rule so Fred is free of magic that ruins in that way) has got up to over the past few years and what you might expect if you are LUCKY enough to welcome an elf into your house this December.

I hope you and your Elf have fun.

P.S Our Elf has never once sat on a shelf. Go figure.

The Elf arrives with a letter to say hello and reminder of the rules.

You must not touch the Elf or their magic will disappear.

The Elf moves every night after visiting the North Pole to report back to Father Christmas and then getting up to mischief. Unless of course the Elf was touched and has lost its magic for the night. Oops.

The Elf brings a letter to say Goodbye on Christmas Eve and you may touch the Elf to say farewell. Until next time.. 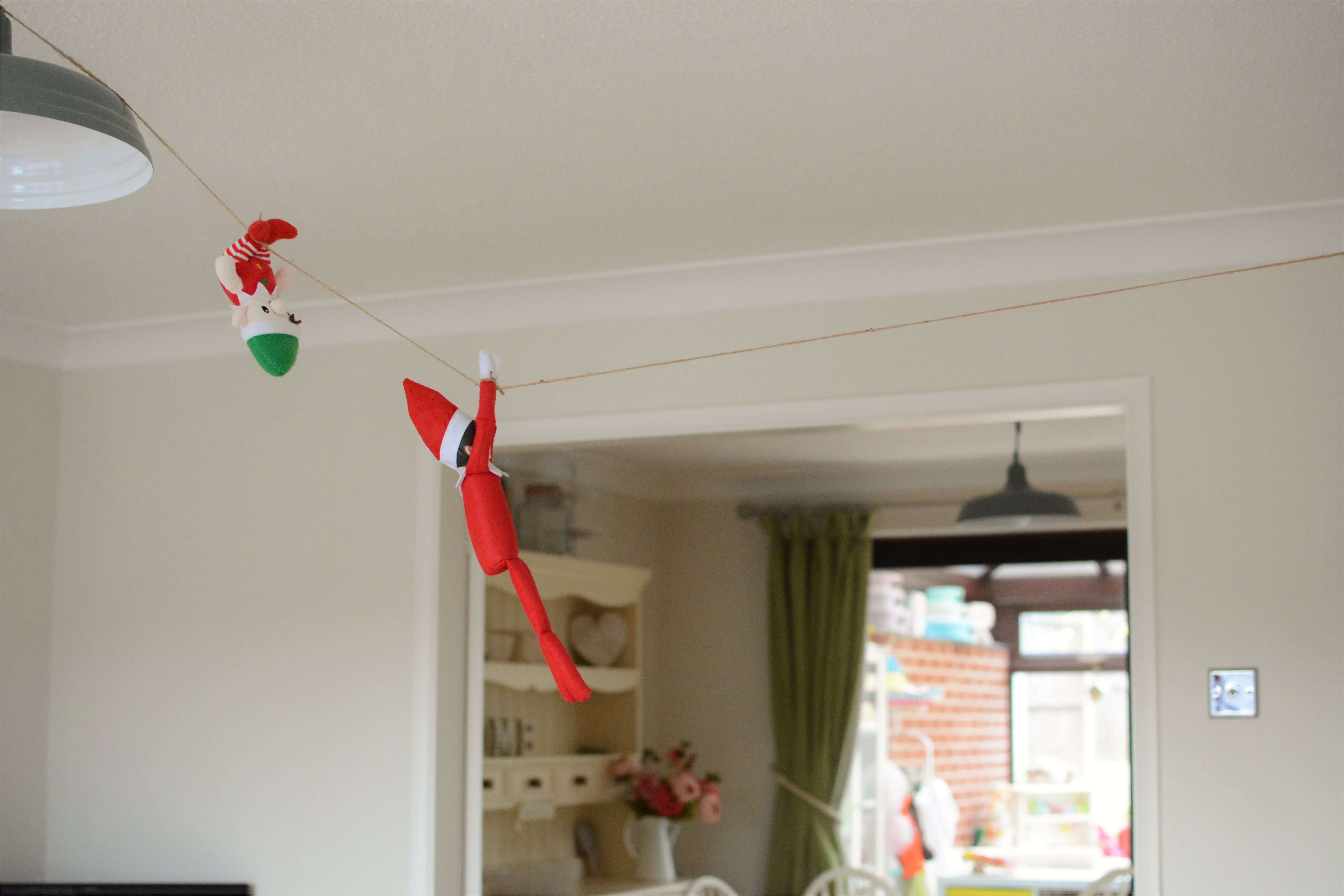 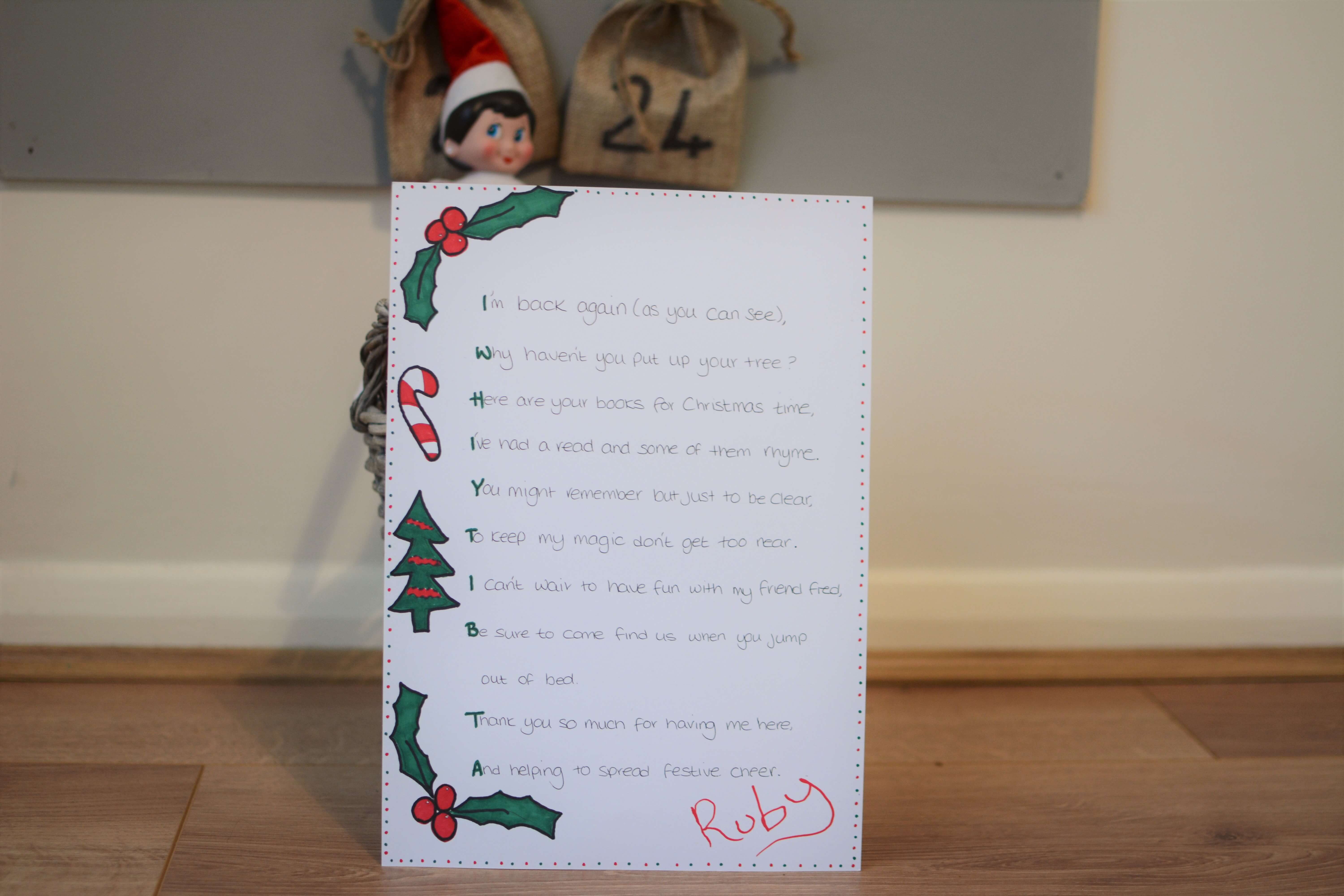 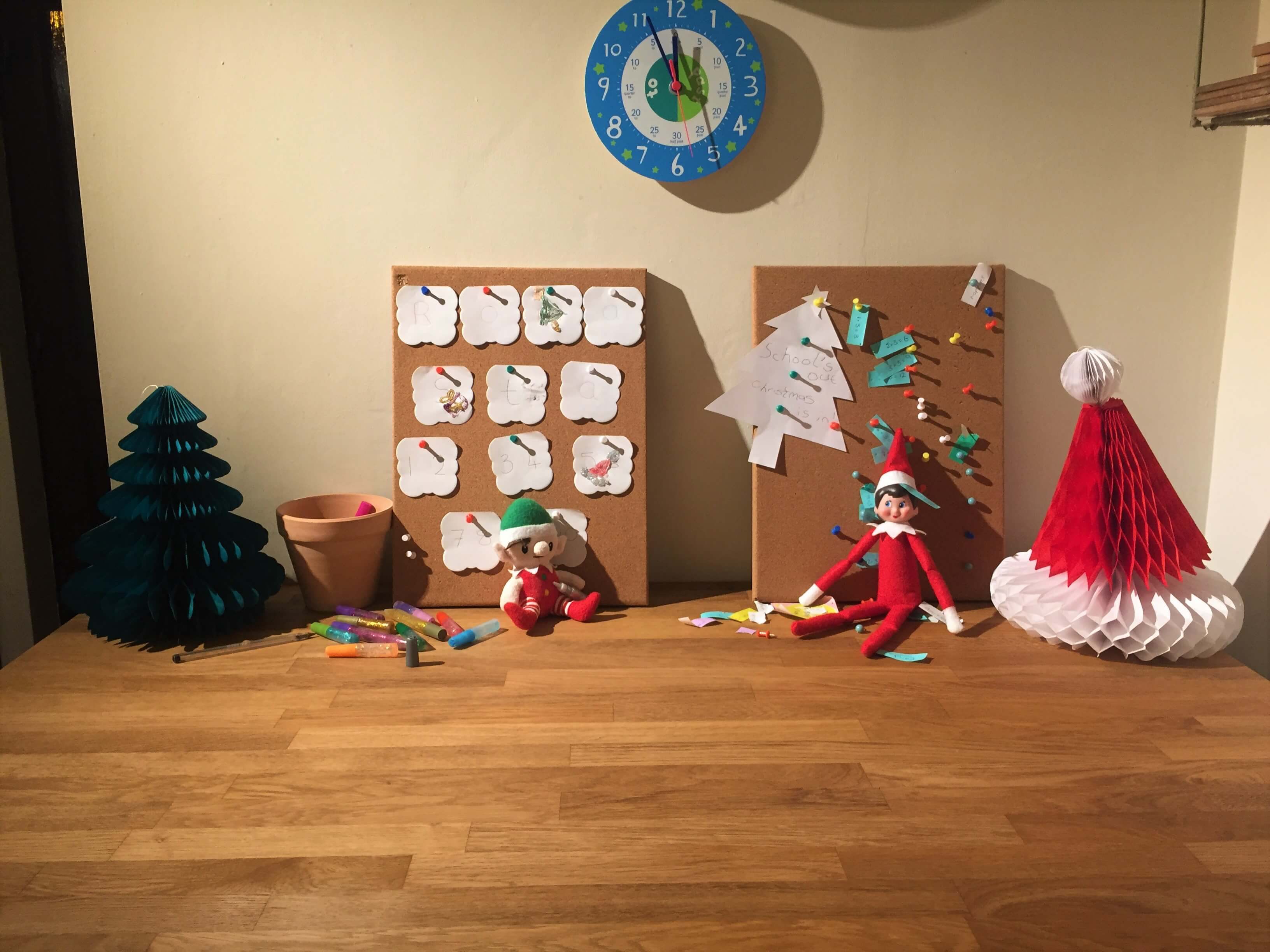 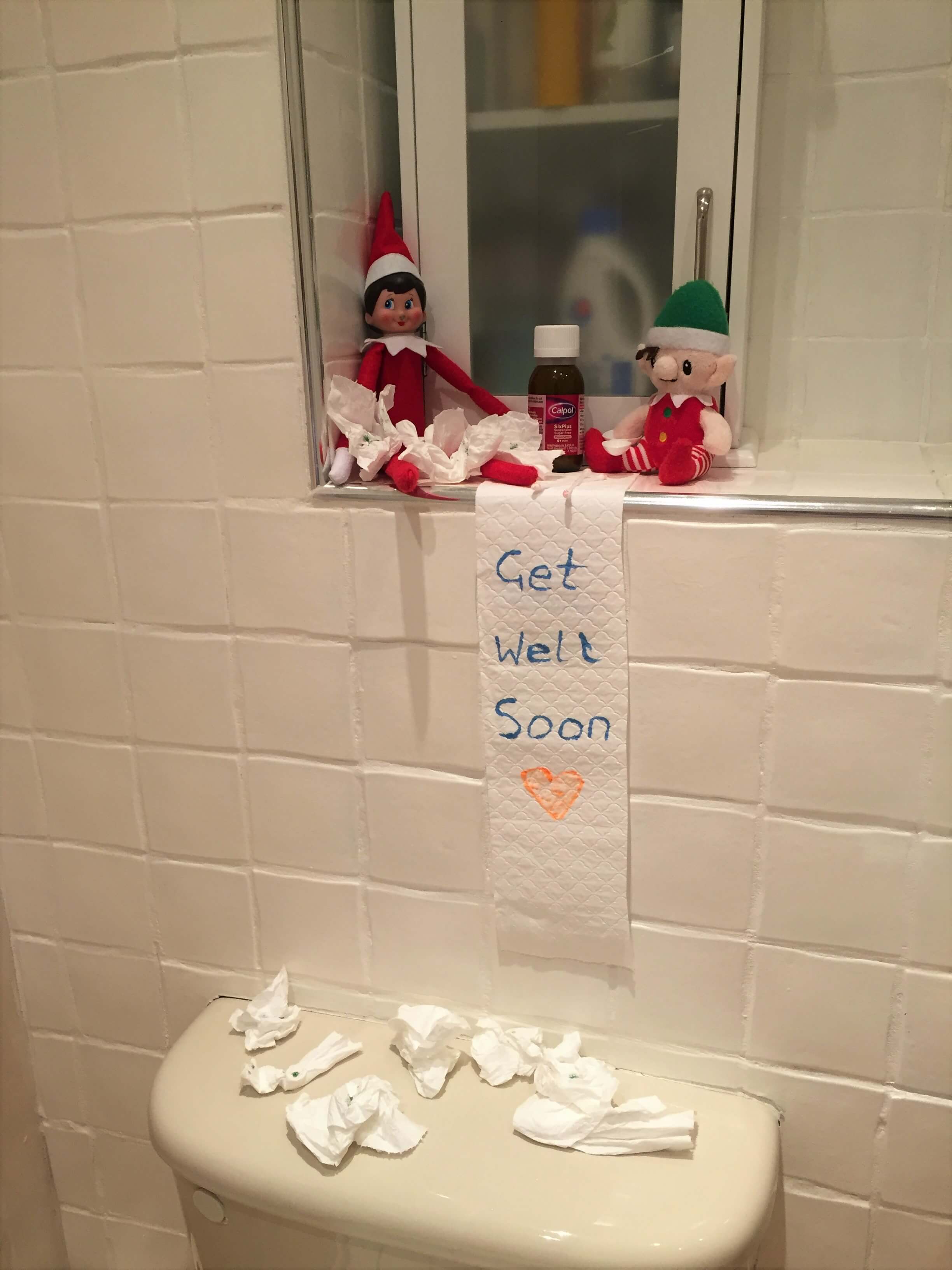 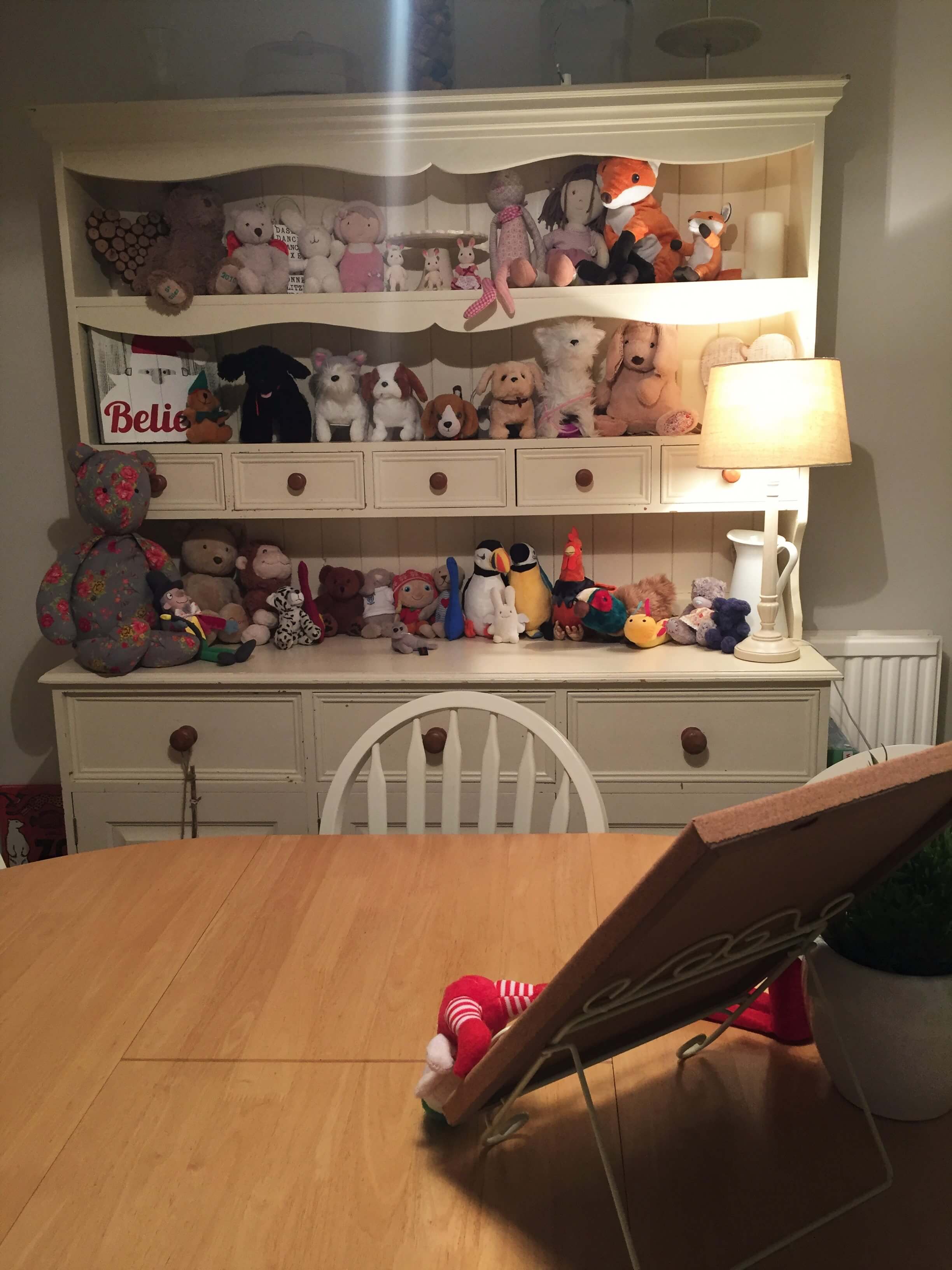 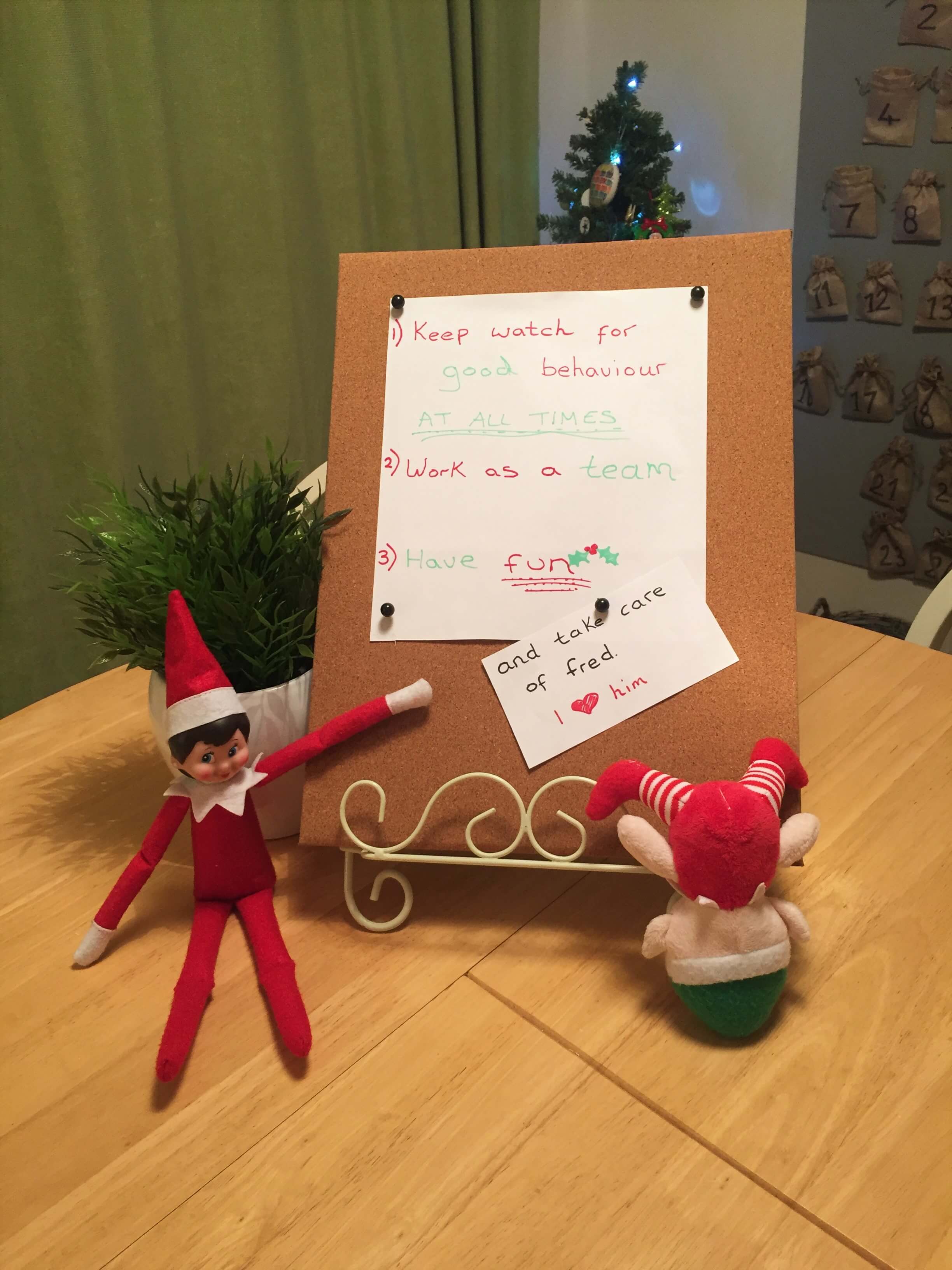 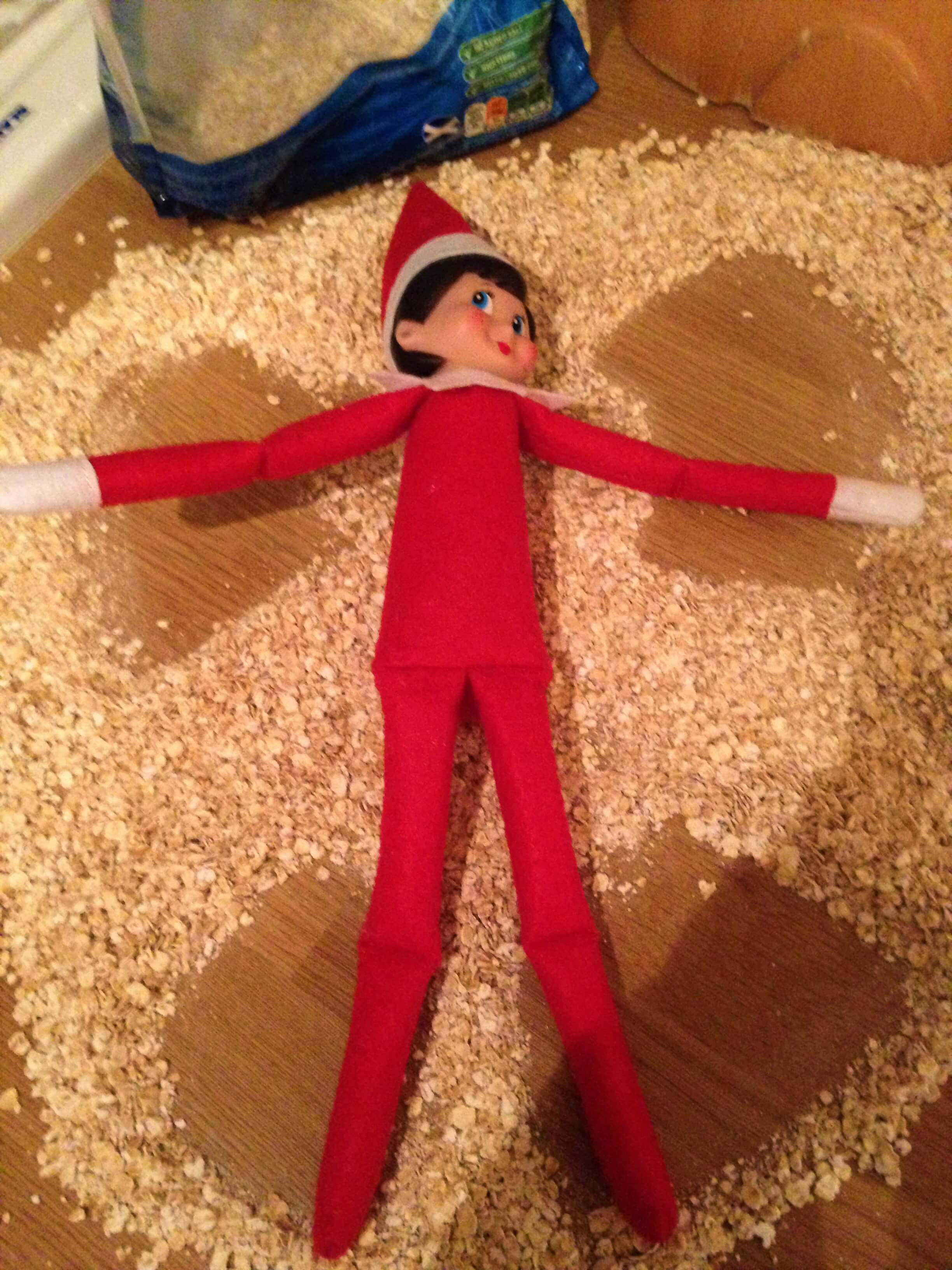 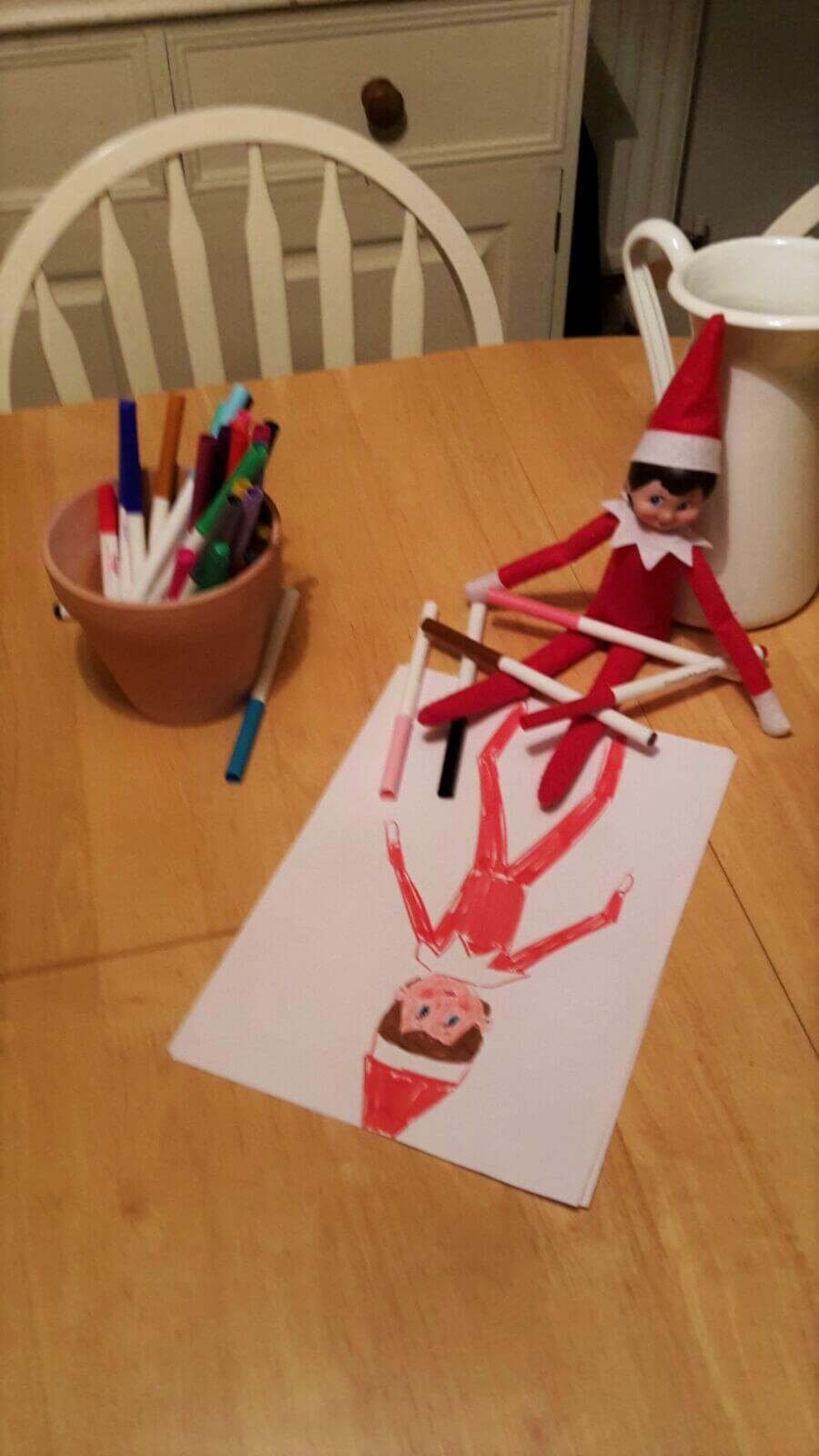 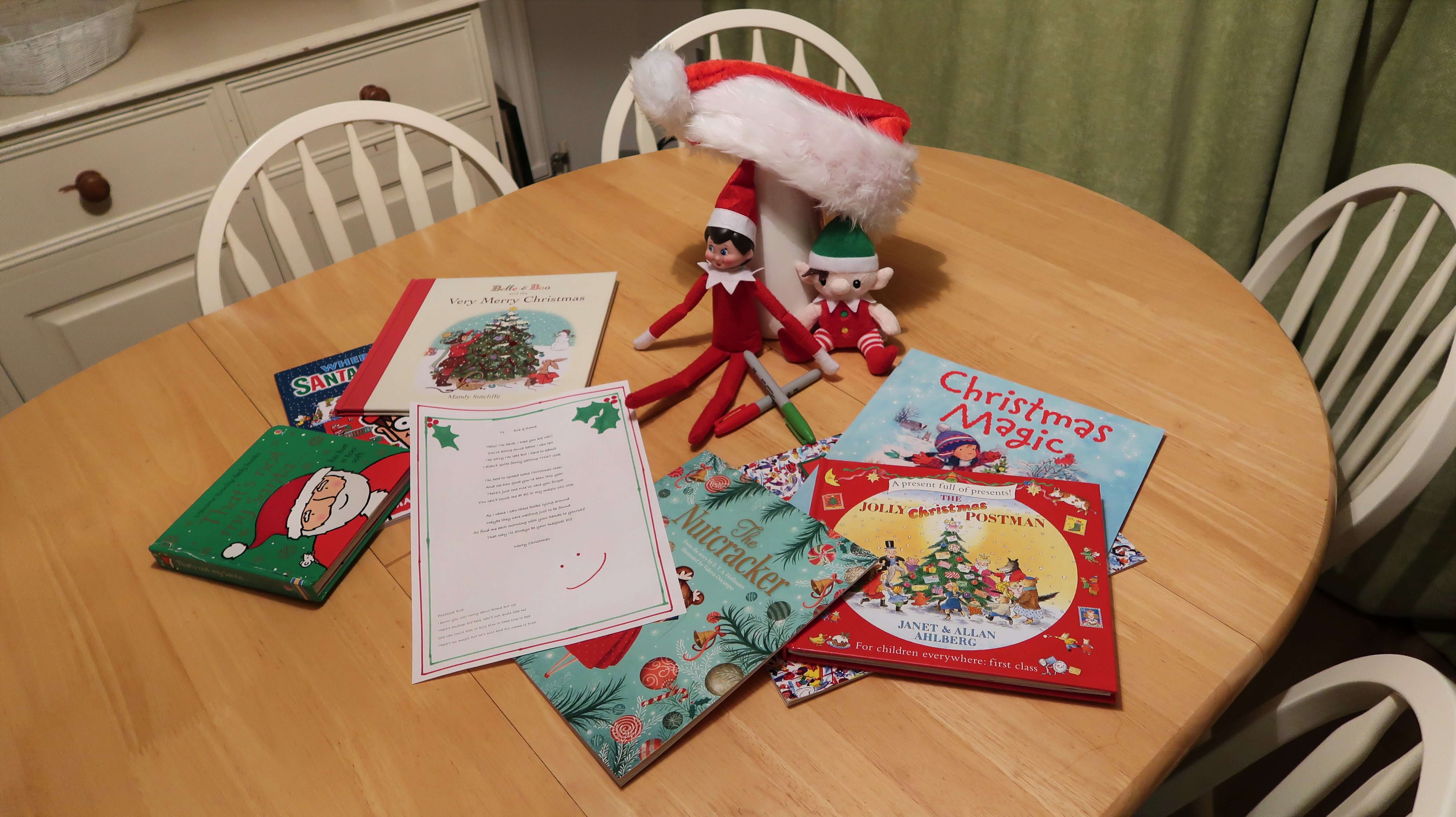 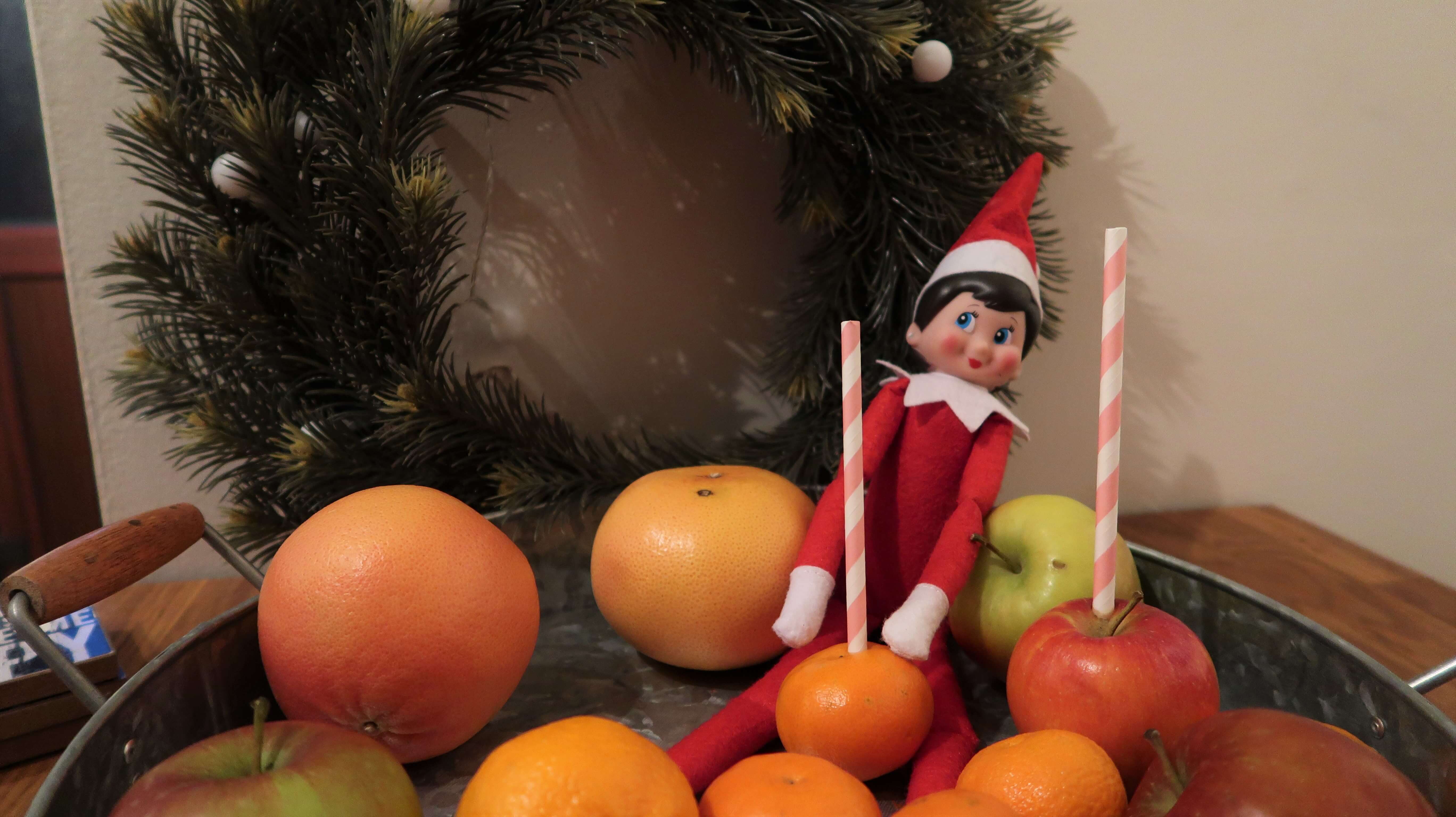 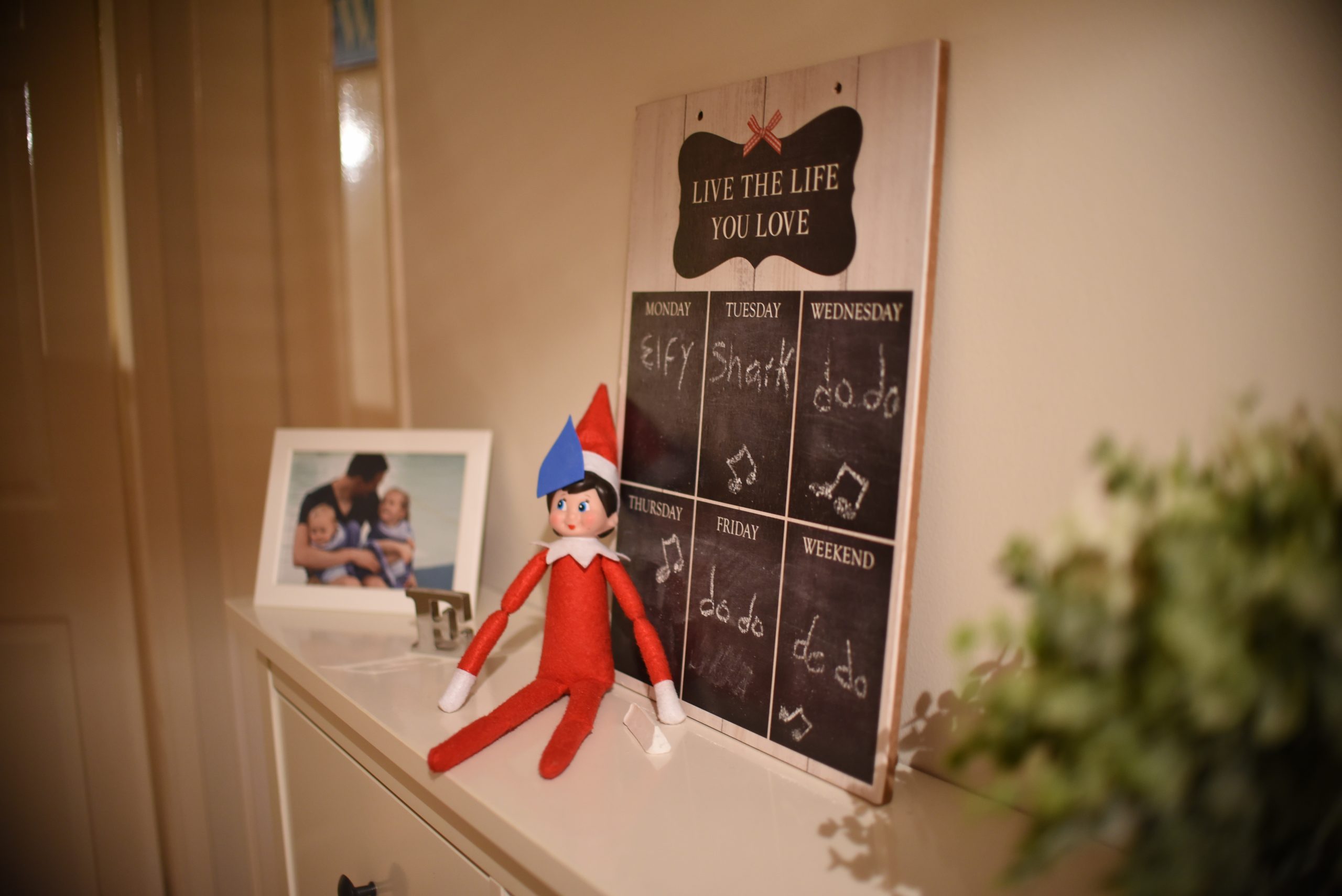 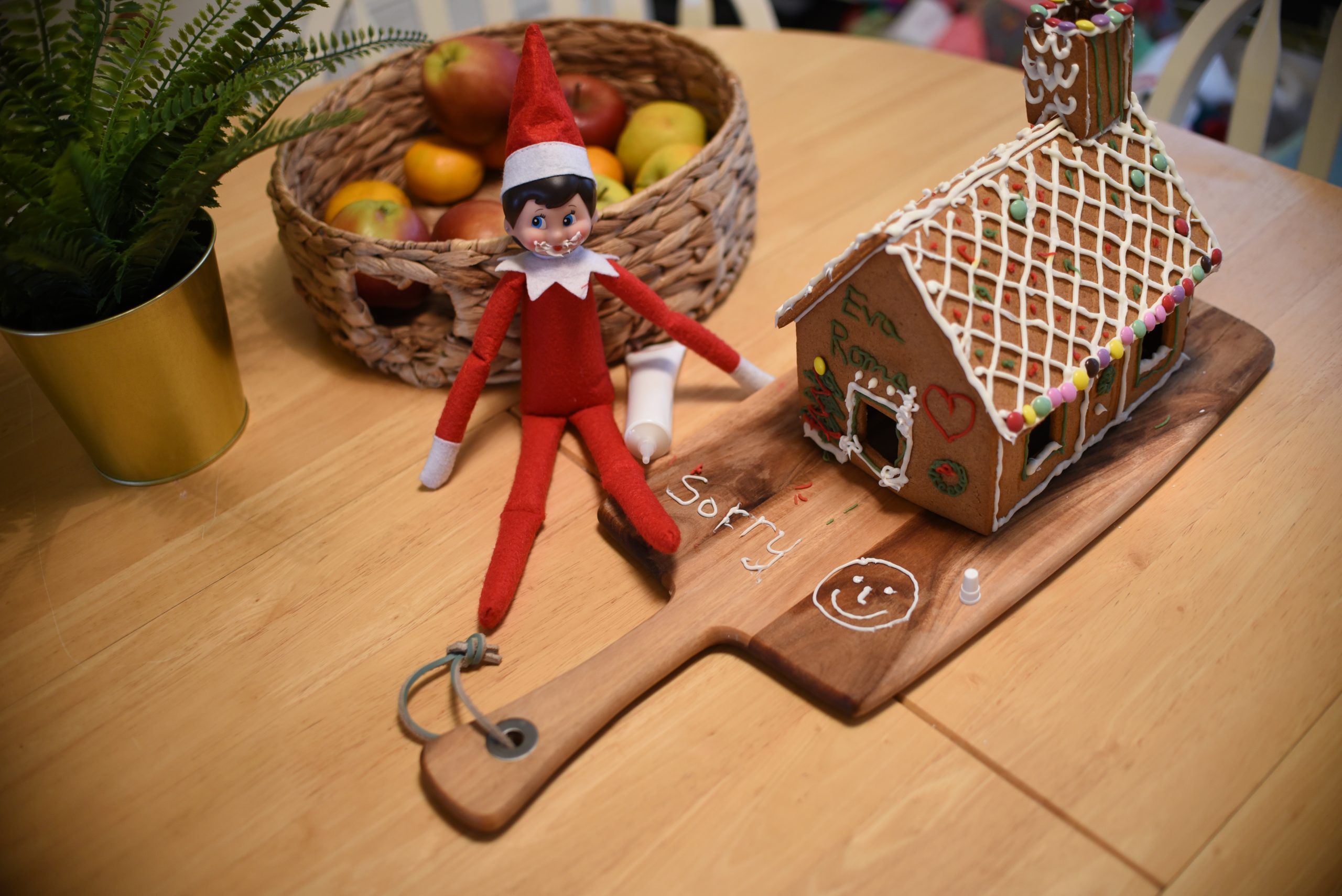 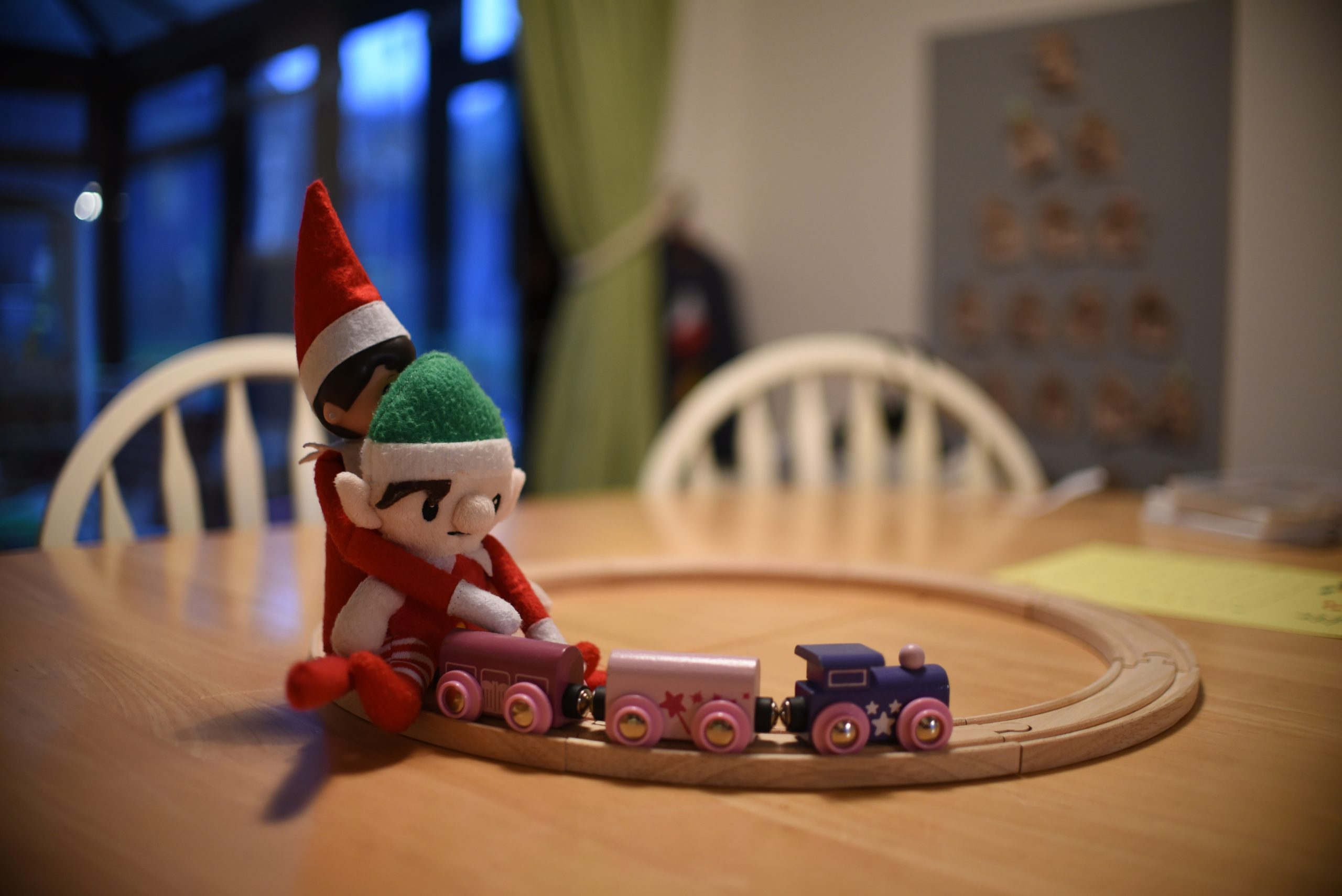 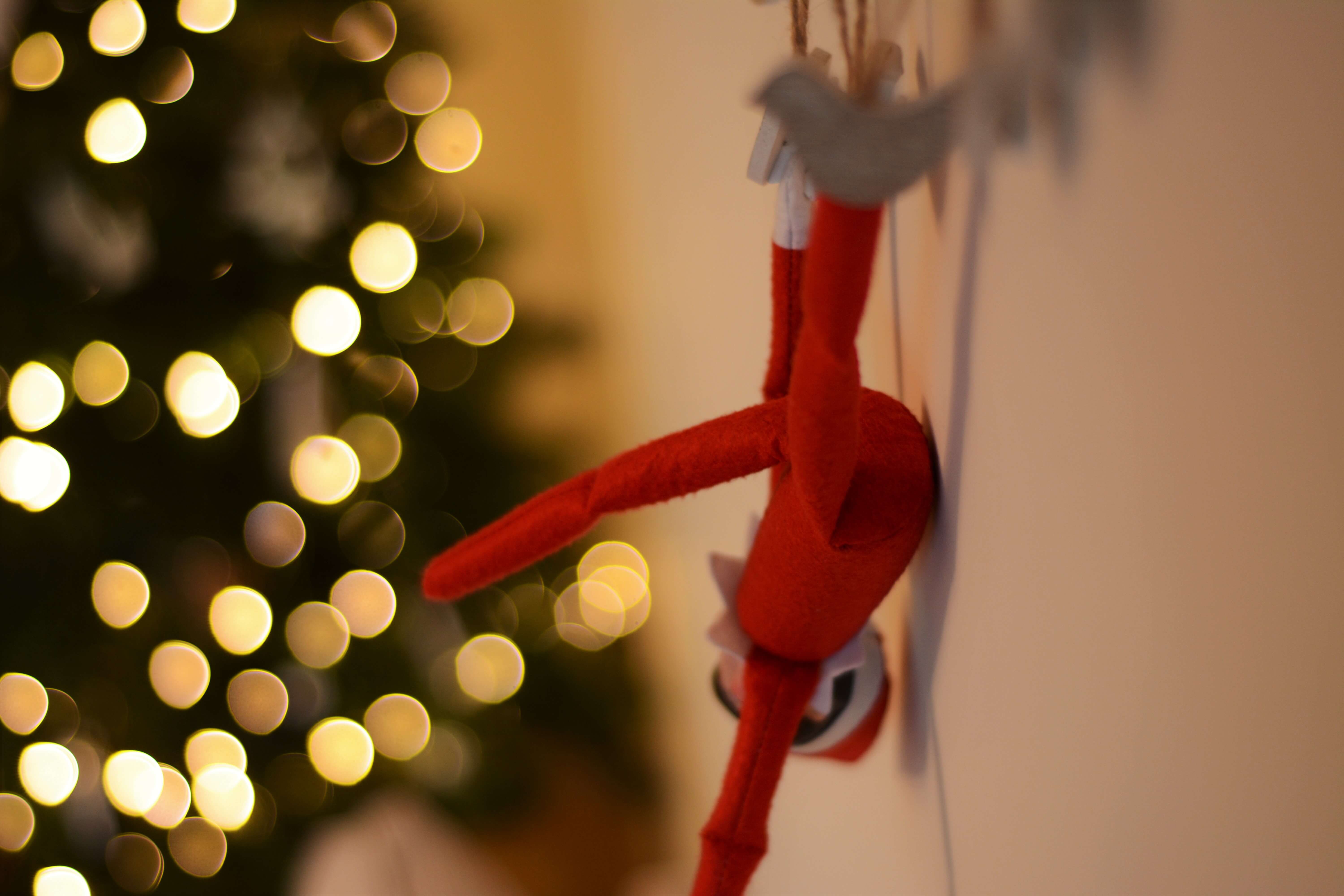