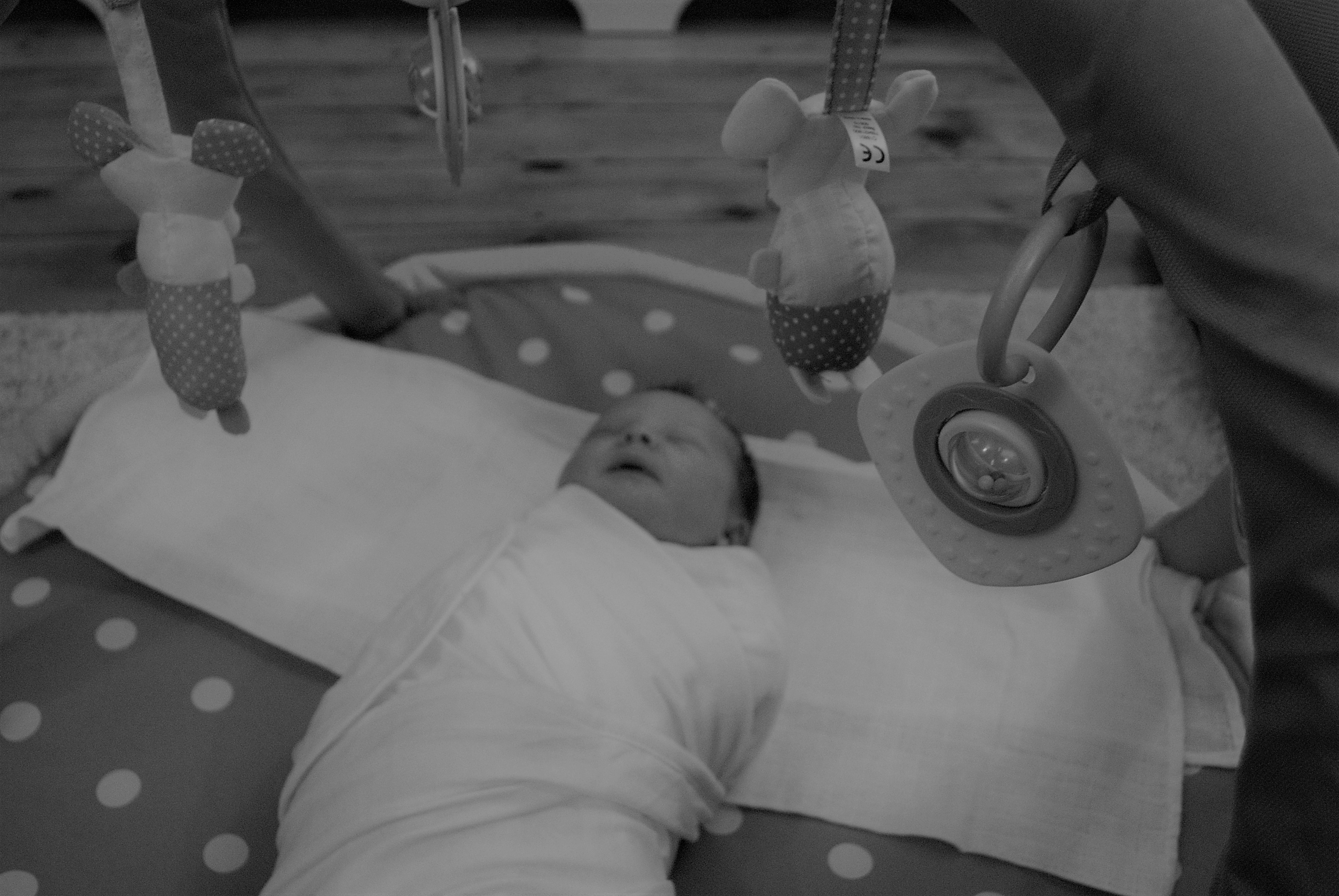 When I recall moments with Eva, look back at photos and replay those days over and again in my mind, I can’t help but smile. For so many different reasons, nostalgia and pure love being at the top of that list, but also because in those early days there was one very simple, very ordinary constant thing that screams out to me in my memories and on the screen. As soon as I can prize my eyes away from the beautiful little face that 6 years on I hardly recognise as the same Eva yet looks so heartwarmingly familiar and safe, as soon as I can stop daydreaming of her little fingers and baby smell I see the one thing that for the first 6 months of her life basically became an extension of her. The Muslin Cloth.

This simple piece of coarsely woven fabric that before becoming a parent I wondered what the heck people needed them for and could they not just use a tissue or maybe just wash their clothes every once in a while IF the baby happened to be a little bit sick! We soon became all too aware what they were for and before we knew it we were stocking up on as many as we could sanely buy and felt like we were in a constant boil washing cycle.

When you have a ‘sicky’ baby like we did, when laying down or moving almost always left a patch of milk sick, these innocent little things can be used for… everything. Seriously in the first 6 months of Eva’s life I never put her down without placing a muslin cloth ahead of her, passed her over to people with muslin attached and I pretty much constantly sported one casually strewn over my shoulder, like my new Mummy accessory and a symbol of motherhood all rolled into one – aside from the baby of course.

They had their uses far beyond mopping up sick though, on the pushchair to keep off sun glare when the sun shade was left in the car, as a towel when it was the closest most absorbent thing you can find, nursing covers, protection for sensitive skin from cold changing mats and floors, comforters, chew toys, and the ultimate in baby pass times, peekaboo. I swear pretty much anything that happens to a mum of a baby below 6 months can be helped by throwing a muslin cloth in the vague direction for other mums to catch and use almost instinctively, and then place back over their shoulder like a rite of passage.

I recall at the time being annoyed that every photo had an ugly white cloth in it and wishing I could whip it out retrospectively, envious of some of the other Mummy’s that didn’t need to protect every surface from sick, but I now love it (mostly) because it represents life so perfectly in those moments, even the picture perfect ones of playing in the garden, at a wedding or on her very own naming day cradled in her mothers arms, that muslin cloth was forever present and it is something I just don’t remember not needing anymore. The time when I stopped loading my handbag with them or placing it on Daddy’s shoulder as he said goodbye for work and the inevitable dribble/snot/sick would inch it’s way closer to the clean freshly ironed fabric.

Yet that time did come, once she began sitting, moving, eating and generally being less of a baby they became fewer and far between, thrown away bit by bit, taken out of the changing bag and never replaced, or put away for another time maybe. You know we never did use them again, it wasn’t really necessary with Roma and so this little white cloth that has a starring role in so many of her early photos for us will always be synonymous with my first journey into parenthood and for that it is a pretty special piece of old fabric!

Wherever she lay her head, the muslin cloth would be. 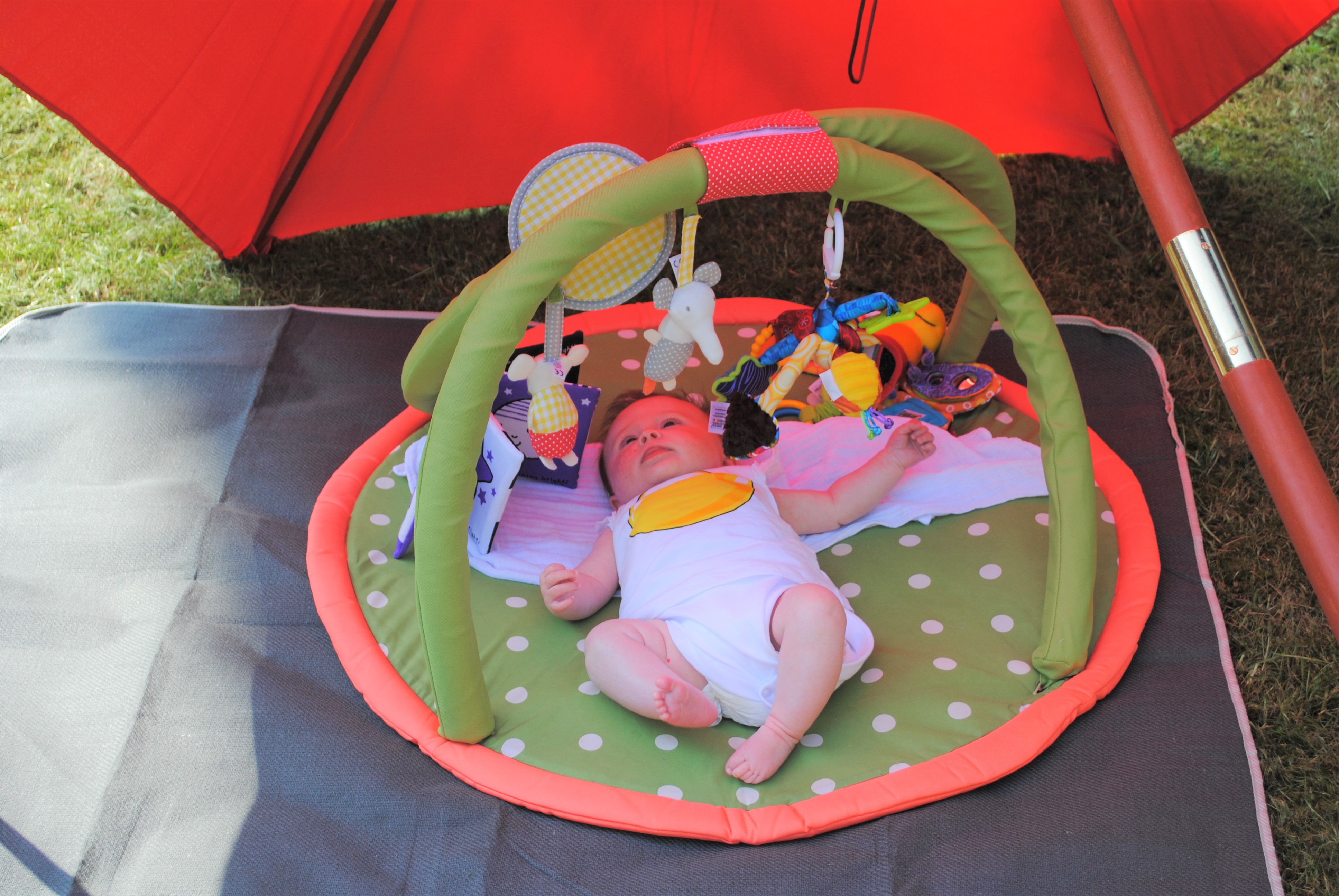 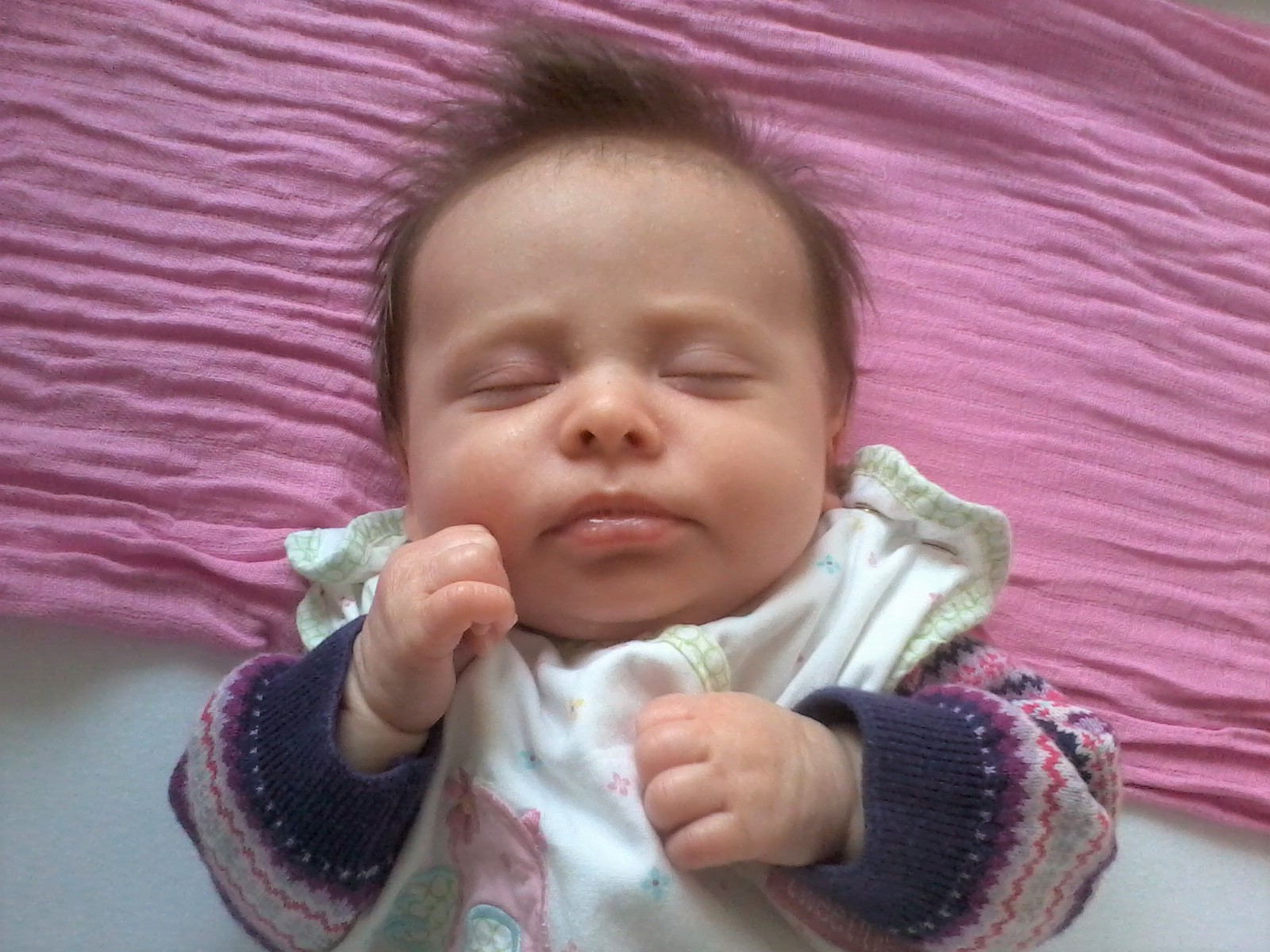 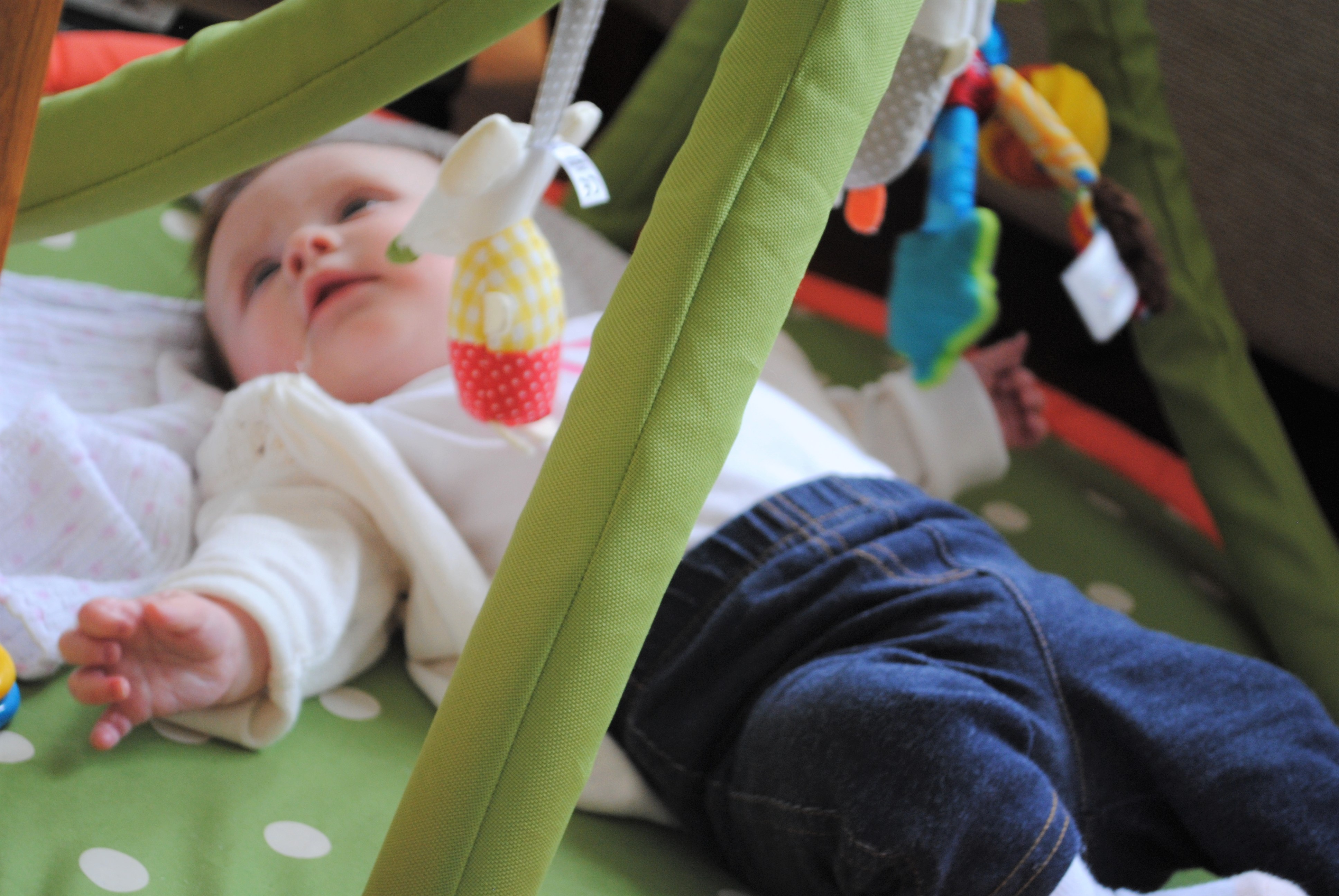 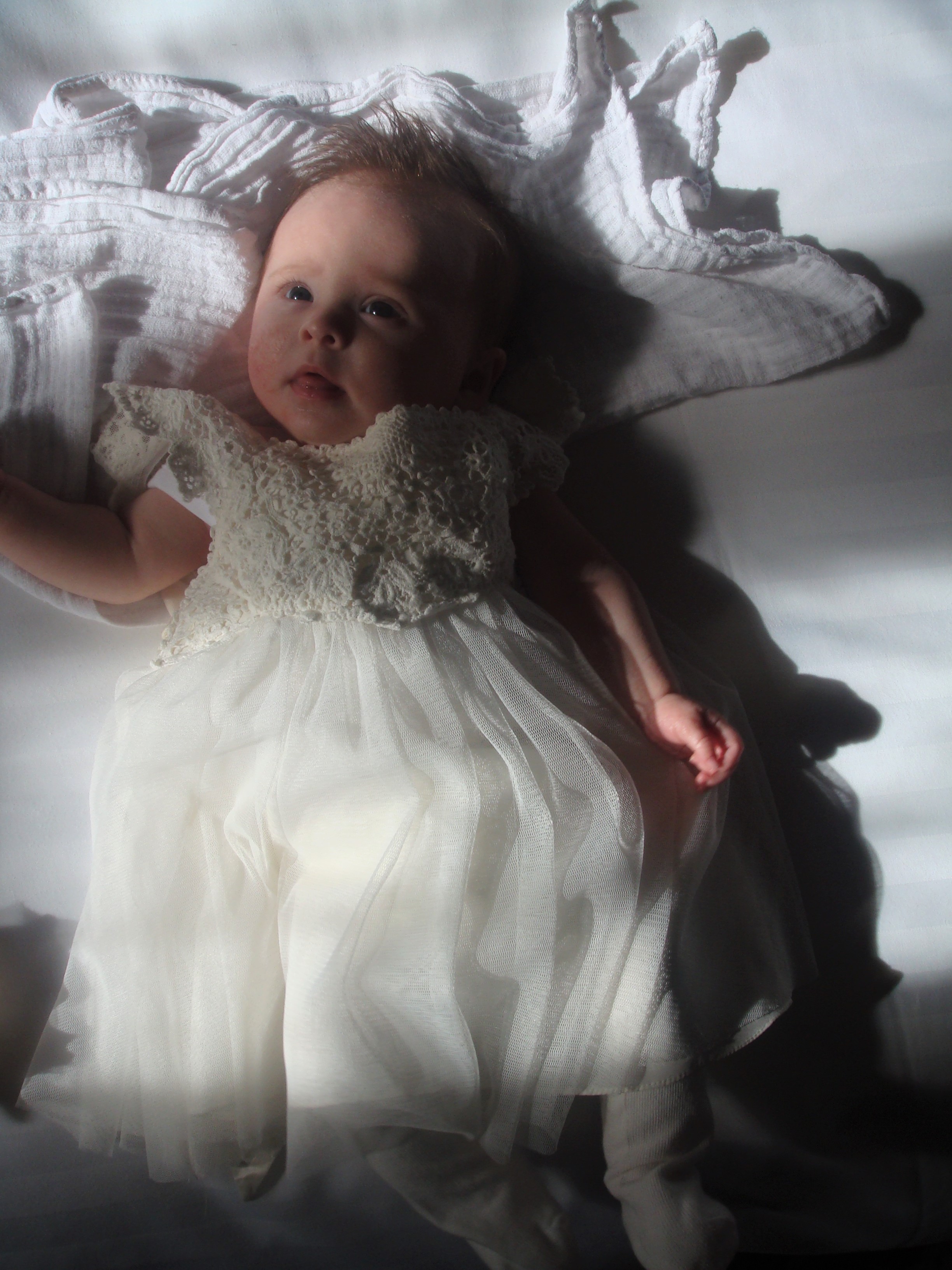 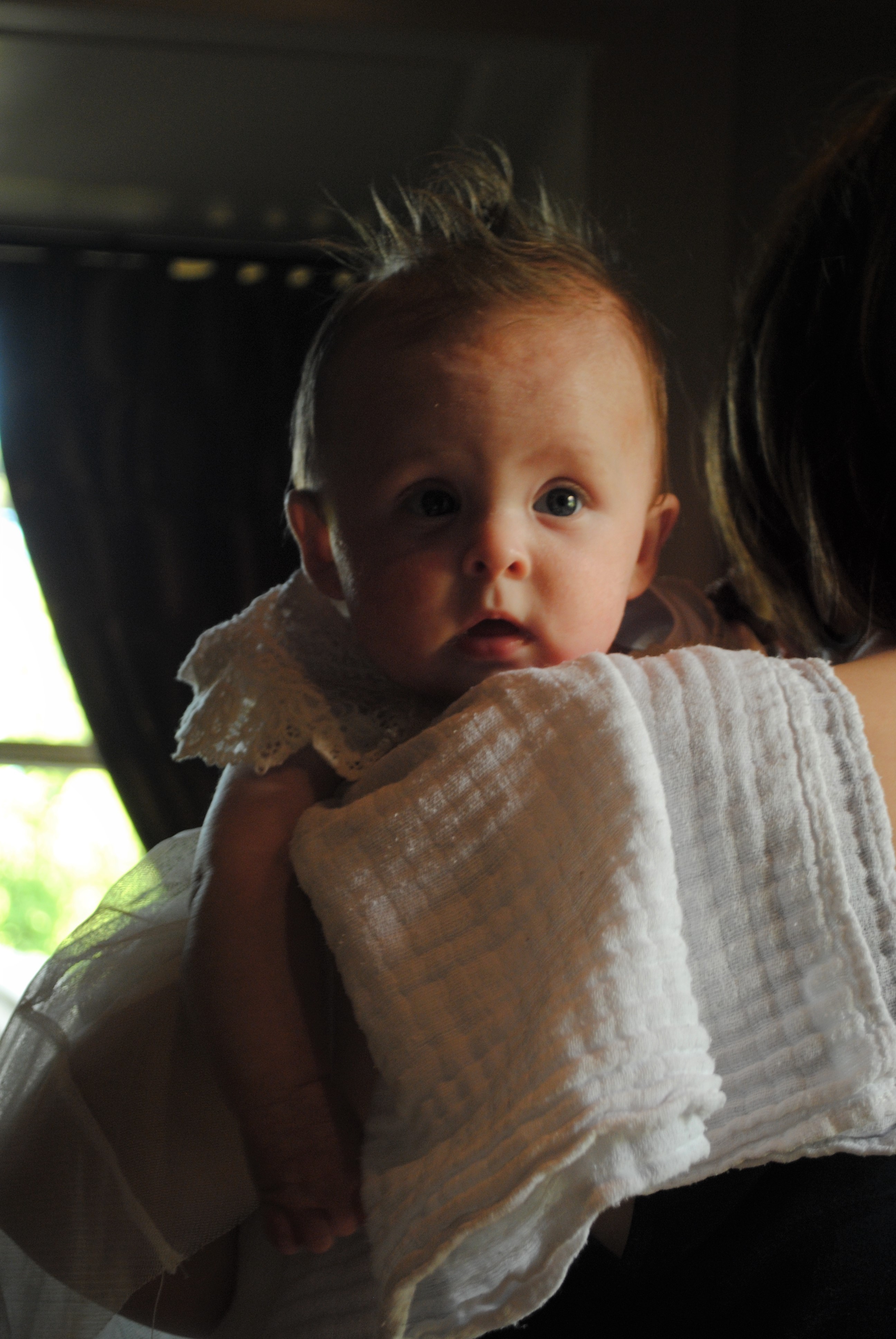