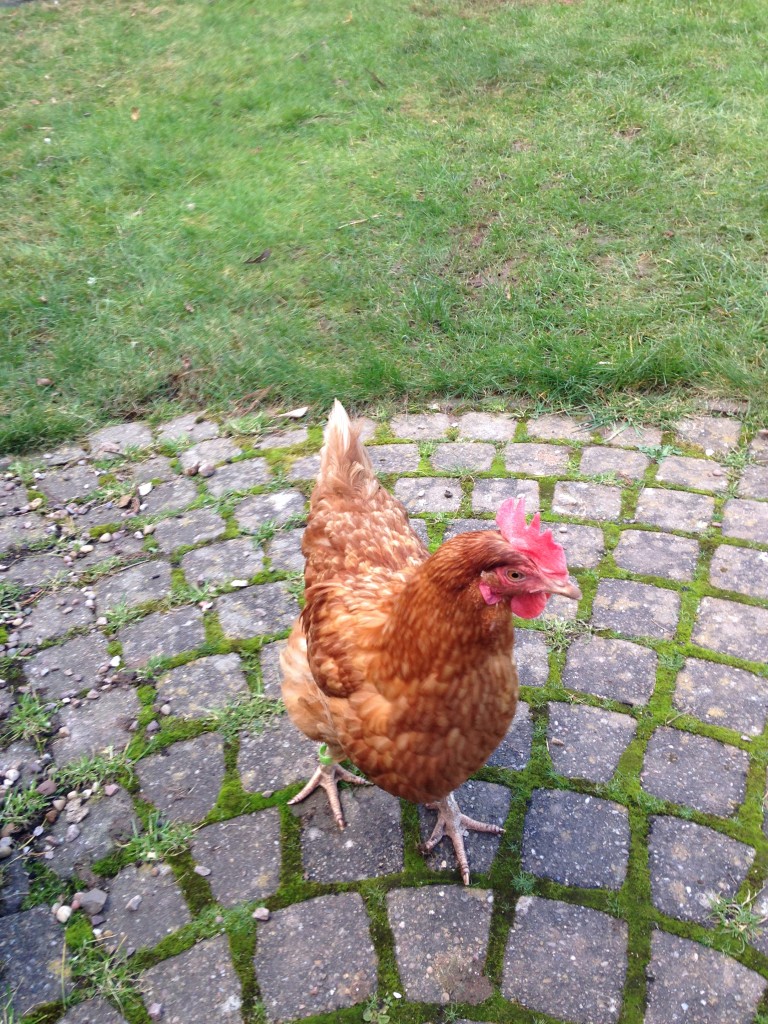 We have chickens, two hens that live at the back of our garden called Lily and Pad! We have had them now for 2 years (well actually not the exact same ones after an unfortunate fox incident one night, poor Silly and Billy). Originally they were an Easter present for E – hence the names – and at the time she really liked them. R though is absolutely fascinated, she undeniably loves them. At just 12 months I would go as far as saying she is a little bit obsessed!

Since she was so very little she has looked for them. When sitting in her high chair in the dining room, from the kitchen windows, the playroom and even the bedroom windows, any chance she has got she will look out. Then it was cemented when one of her first words was chick chick. Even now a few months on it is still (along with Dada) her most spoken word.

Her bedroom is at the back of the house and just as she goes to sleep for her nap and at bedtime every single day without fail, she goes to the window, rabbit in hand all snuggled into me in her cosy sleeping bag and before we can close the blinds she says “chick chick” and waves goodnight. As soon as she wakes, having barely opened her eyes and got adjusted to the light in the room it isn’t Mama that she speaks, yet again I hear the words “chick chick” as she points to the window. So of course we look out and onto the garden come rain or shine to see that they are in fact still there. She will crane her neck to see where exactly they are. Although they do live in the garden sometimes they are still in their coop especially in the morning or around the back of the garden where she can’t lay her eyes on them and a perplexed look appears on her face – she is most aggrieved.

Any chance to get involved with the chickens and she is there, she can often be found at the kitchen door, shoes in hand saying chick chick. Or if the Mr – chief chicken keeper – even puts his shoes on in this vicinity she is right behind him wanting to be picked up to accompany him letting them out, feeding them, putting them in again or just to say hello.

This week we went outside at the first sign of sunshine to blow away the cobwebs and get some fresh air. She immediately said “chick chick” and they were indeed in the garden. She was in awe, not in the least bit apprehensive or bothered by them as in turn they are not by her and she was walking up to them and following them everywhere saying chick chick and blowing them a kiss! It really was the most adorable thing to watch. The sun was shining and I was watching my Little Lady just wandering around. We stayed out there a while, played on the slide and the seesaw and it made me excited for the milder weather, for spring and summer to roll around and to spend lots of time in the garden with my family. It may be a small space but it is ours and we all love to be outdoors, this winter has seemed far too long now. Bring on spring.

This summer we are heading on a big adventure and going to spend a month in France with my husband who has to work over there, whilst we are very much looking forward to it I know my Little Lady will miss her chick chicks.

I took some iPhone pictures as I didn’t have the heart to interrupt the moment to get my big camera. I just love how they capture the moment, the awe and the obvious love that she has for these two copper beauties, her best friends 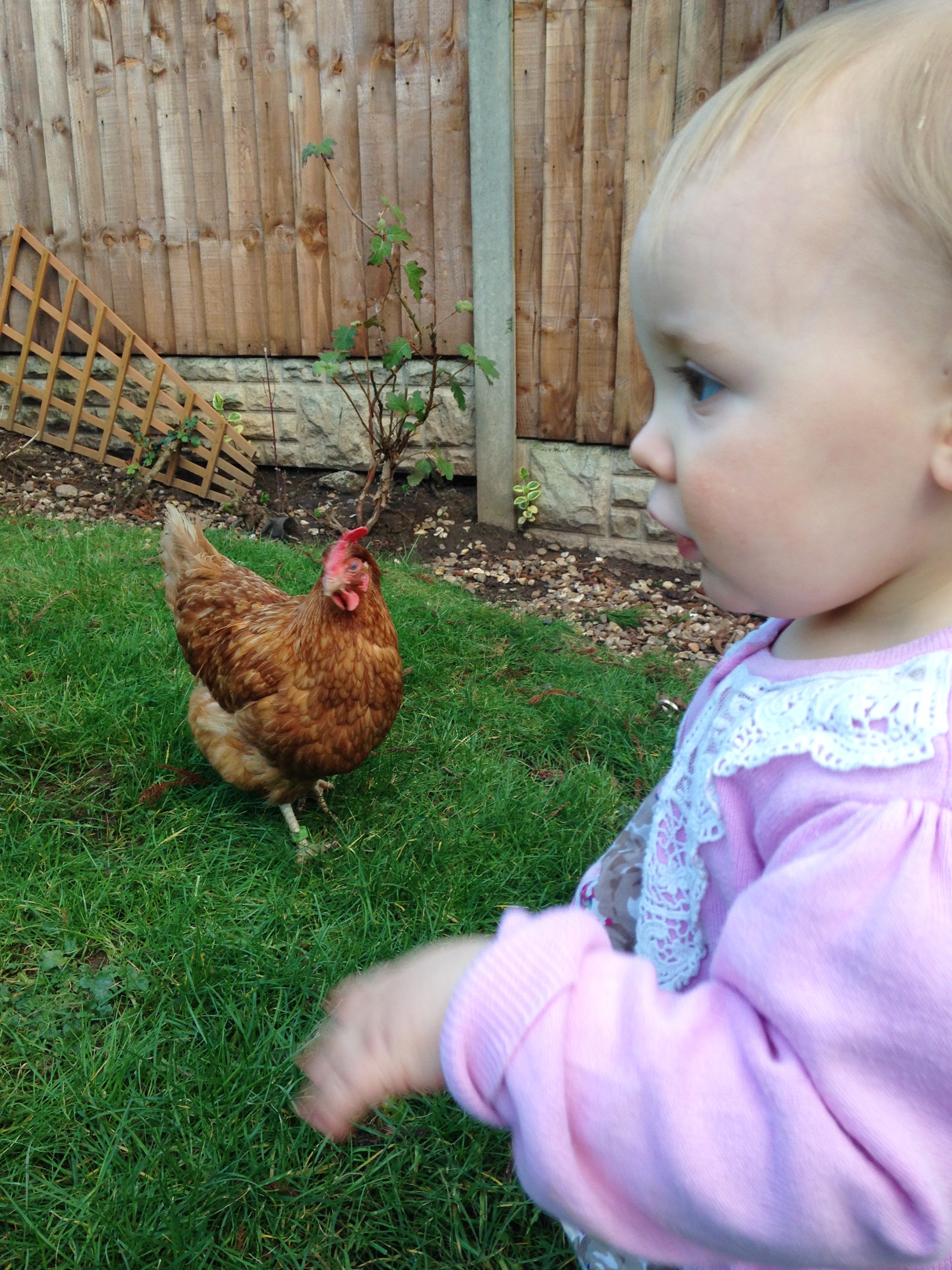 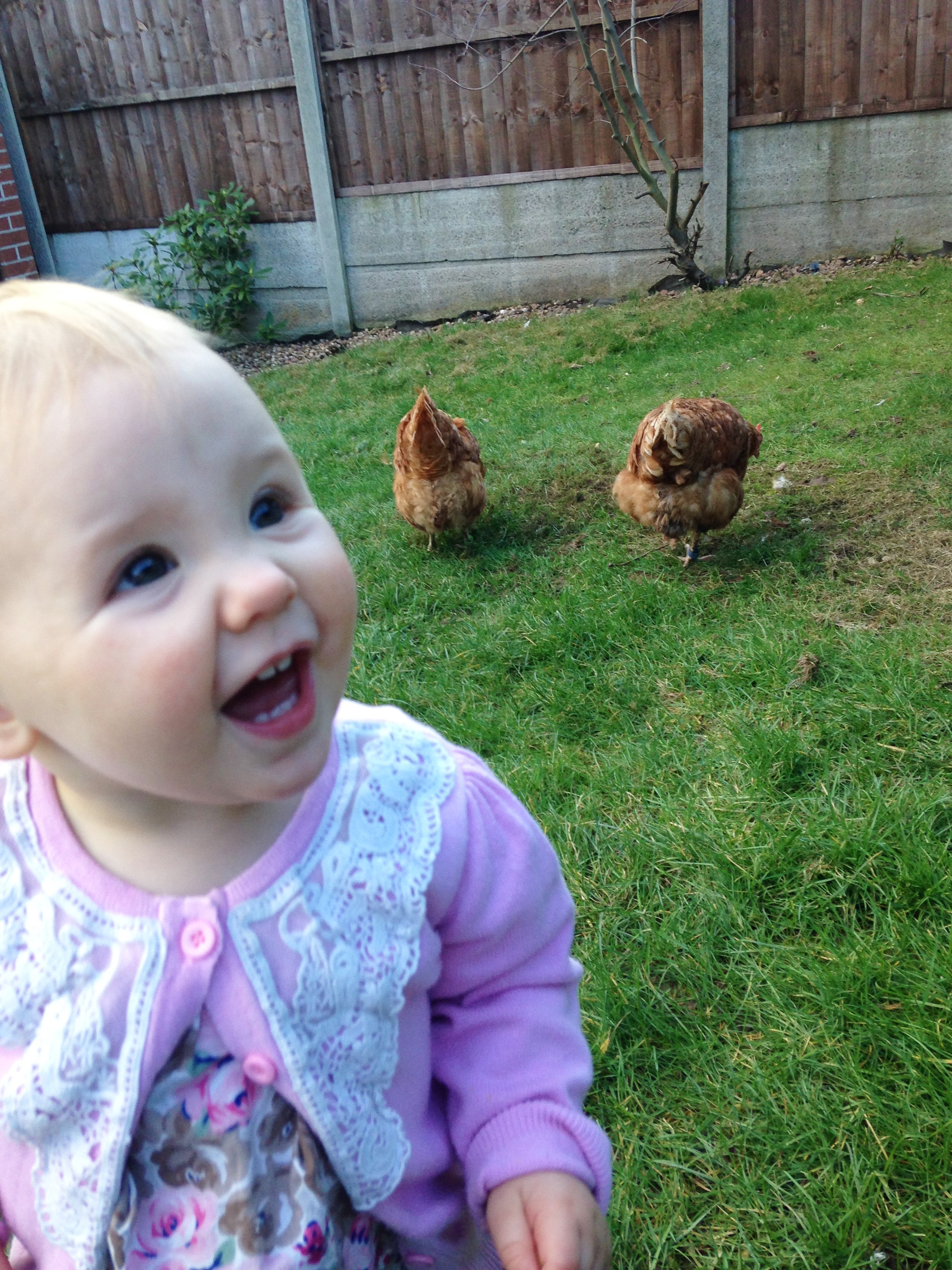