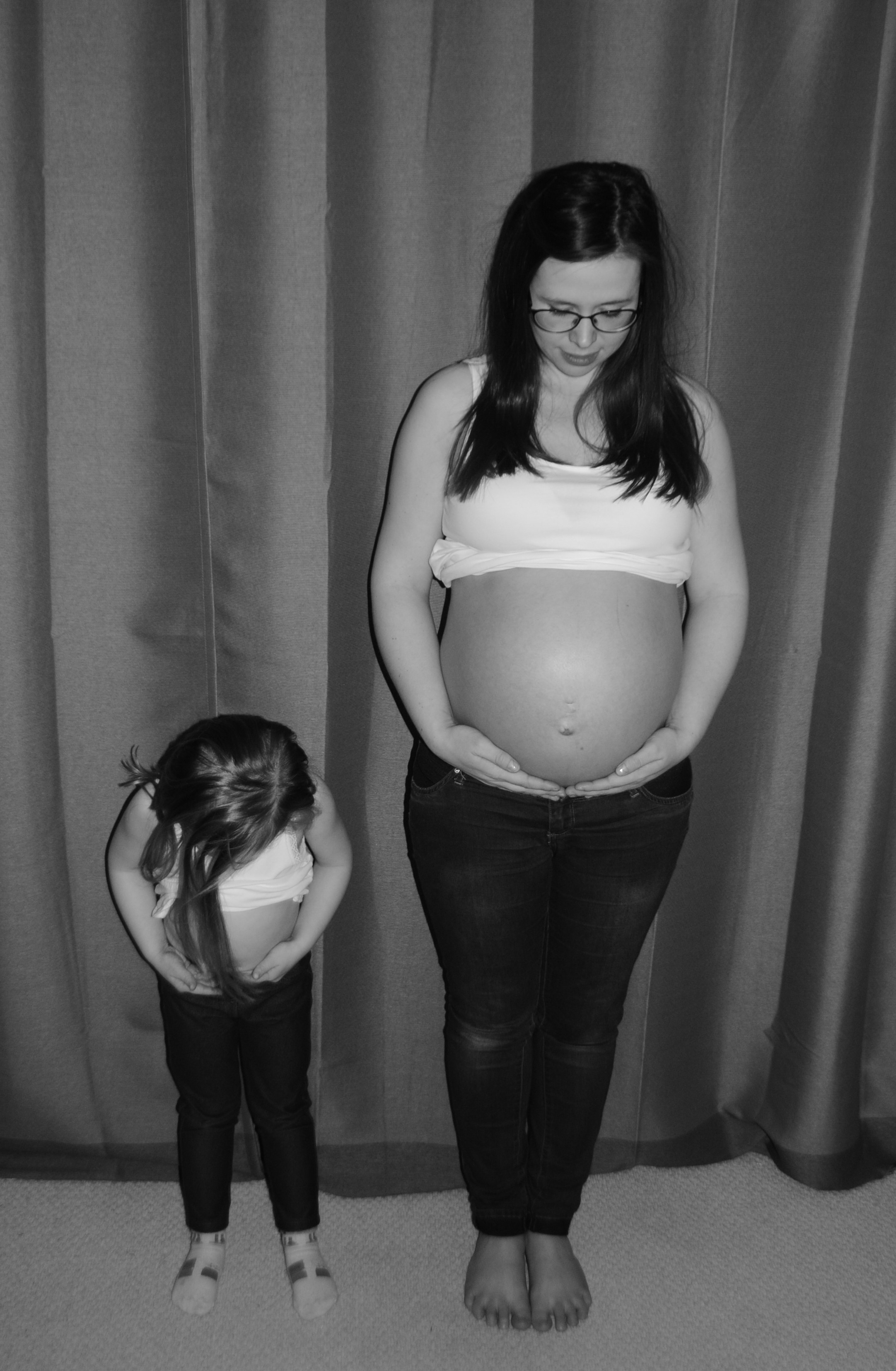 When I found out I was expecting my first child there was this feeling of overwhelming joy, a much wanted, planned for pregnancy. Having been married 8 months and just 6 weeks earlier moved into our new house it was a wonderful whirlwind of emotions. I pictured 9 months of this same excitement as we got ready to welcome our new baby into this little world we had created, our family. I pictured the growing baby, the perfect little bump on my petite frame, the beautiful pregnant lady body, the kicks, the nursery planning, the times just us enjoying every moment before our lives changed forever, the glow that everyone gets…..Right???

I have to say, and it pains me to write, this was not the journey for me. This was not what was destined. What I ended up with was 9 months of what I can only describe as torture. I know that sounds just awful to say, it is even harder to admit, to write down. It still makes me so emotional talking, writing or even thinking about it and my first pregnancy was nearly 6 years ago.

For me it started soon after I found out I was pregnant at 6 weeks. I had heard of morning sickness of course and that’s what I thought I had. At the time I worked an early shift of 6-2, I assumed the 5am wake up calls were just not agreeing with my body which was working so hard to grow this little baby. I battled on. Yet for me the sickness wasn’t confined to the mornings, it was all the time, twenty-four hours a day.

The sickness, the food aversions and the intense unrelenting nausea soon became almost unbearable, I had no idea what was going on and as the weeks went by I was unable to keep anything down and felt for sure I was doing something wrong. The sickness would actually wake me up all hours throughout the night and was so bad I had to have a bowl by the bed as I couldn’t make it to the bathroom just next door. Or sleep/collapse on the bathroom floor ready for the next episode of throwing up only to pull your stomach muscles and produce nothing more than yellow bile to burn your throat. The sheer thought back to these moments bring all the fear and emotions flooding back to me even now.

By 9 weeks I was 7st, hospitalised, put on a drip, intravenous anti-sickness drugs and stayed there for a week. This was where I heard a term that would shape the rest of my life.

I was told I had this severe form of pregnancy sickness. That it should ease around 12 weeks and would not harm the baby. At that moment the thought of having to go through this for the next 3 weeks was almost too much to bear. Little did I know. I was sent home with nothing more than some information and told to see my GP again if I needed to.

I needed to, 12 weeks came and went, as did 16, as did 20, as did 26 – the milestones that they tell you each time it gets better. I was re-admitted 8 times in this pregnancy and the sickness, the nausea, the fog that seems to cloud every second of every day lasted the entire pregnancy and labour. I spent most of the pregnancy bound to the upstairs of my house as the smell of the wooden floors downstairs made me instantly sick. Don’t even get me started on the oven or the fridge. I still get flashbacks of smells to this day. It got easier towards the end but I cannot pinpoint when. I also spent a lot of time having to explain myself to everyone, including work and felt a huge element of guilt and that I really was making a meal of this baby growing business. Women did it all the time, why was I finding it so hard?

Fast forward to 37 weeks. The moment I delivered. I remember it like it was yesterday. In that moment not only of sheer joy and emotion of my baby girl safely making her arrival but the hyperemesis feeling lifted – instantly. That was it, and with the tears of joy, happiness and love for my new daughter, there fell extra tears. Tears of relief, that it was over, it was finally over and I felt normal again. 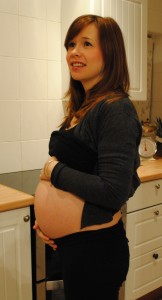 3 Weeks before having E.

My second pregnancy. Another much planned for and wanted pregnancy, a sibling for my 2 ½ year old Little Lady E. Turned into a loss, one which was entirely due to Hyperemesis, one that I will think about every day for the rest of my life. The hyperemesis started at just less than 4 weeks, before I even knew I was pregnant. It was severe.

My third pregnancy. The decision and planning for a third pregnancy, a second child and a much wanted sibling for a now 3 ½ year old E was a really really tough one. Whilst we always held out hope that it might be different, we knew that we would probably be in for a difficult 9 months and weighed up heavily whether we wanted to enter into this. The hyperemesis this time again started around 6 weeks. Those 2 weeks knowing I was pregnant but not feeling any symptoms was a mix of absolute joy and sheer dread of what might be to come. I tried to enjoy them as much as possible and also get prepared for Hyperemesis again. Then it started, the familiar wave after wave. It was horrible, it felt exactly like it did the first time around. This time I knew what to expect, I knew what help there was to offer. It didn’t make it feel any less lonely, it didn’t make me feel less guilty of the life I was missing out on with E. That sometimes she spent time holding my hair back or sitting on the bathroom floor with me. It did however offer hope. I am thankful that although it lasted all the way through again it was better managed and the latter part of my pregnancy was less traumatic than the first.

At 40 + 12 I was ready for this all to be over and when our second Little Lady made her very quick appearance  I waited for that moment, for the fog to lift, to feel normal again. Unfortunately, that didn’t happen this time. I had a retained placenta and even when that was removed it took a little while longer to get back to normal but within a day I was back. I was me again. I had two beautiful healthy Little Ladies to go through this world together. And I never, never had to do that again. 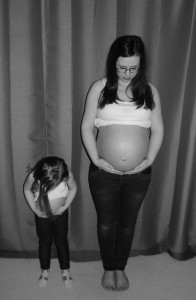 There seems to be a varying degrees of sympathy and understanding of the condition and I was very very lucky to have an understanding GP whom offered me support throughout all of my pregnancies. Even she however was not aware of the help that was available.

I am thankful every day that I survived and I am definitely not going through it again but I also hope every day that no-one ever has to endure it. I know they will and we have to somehow get to grips with treating and helping people through the hell that is growing a human for some women, and their families.

There is no doubting that Hyperemesis haunts me. Every day. It robbed me of many things, an enjoyable pregnancy, a baby, jobs, not to mention months of my daughter’s life. I will never get that time back, she gave that up and she didn’t even know it. It is something I will have to live with the rest of my life and I only pray that come the time that my two Little Ladies may choose to embark on this wonderful journey, that it doesn’t go in the same direction mine did. I would hate to pass that on, to watch someone I love go through this and know the exact feeling. However, if it does, I will be right there for them, holding the bowl.

I had to endure the worst time of my life to bring me the best. 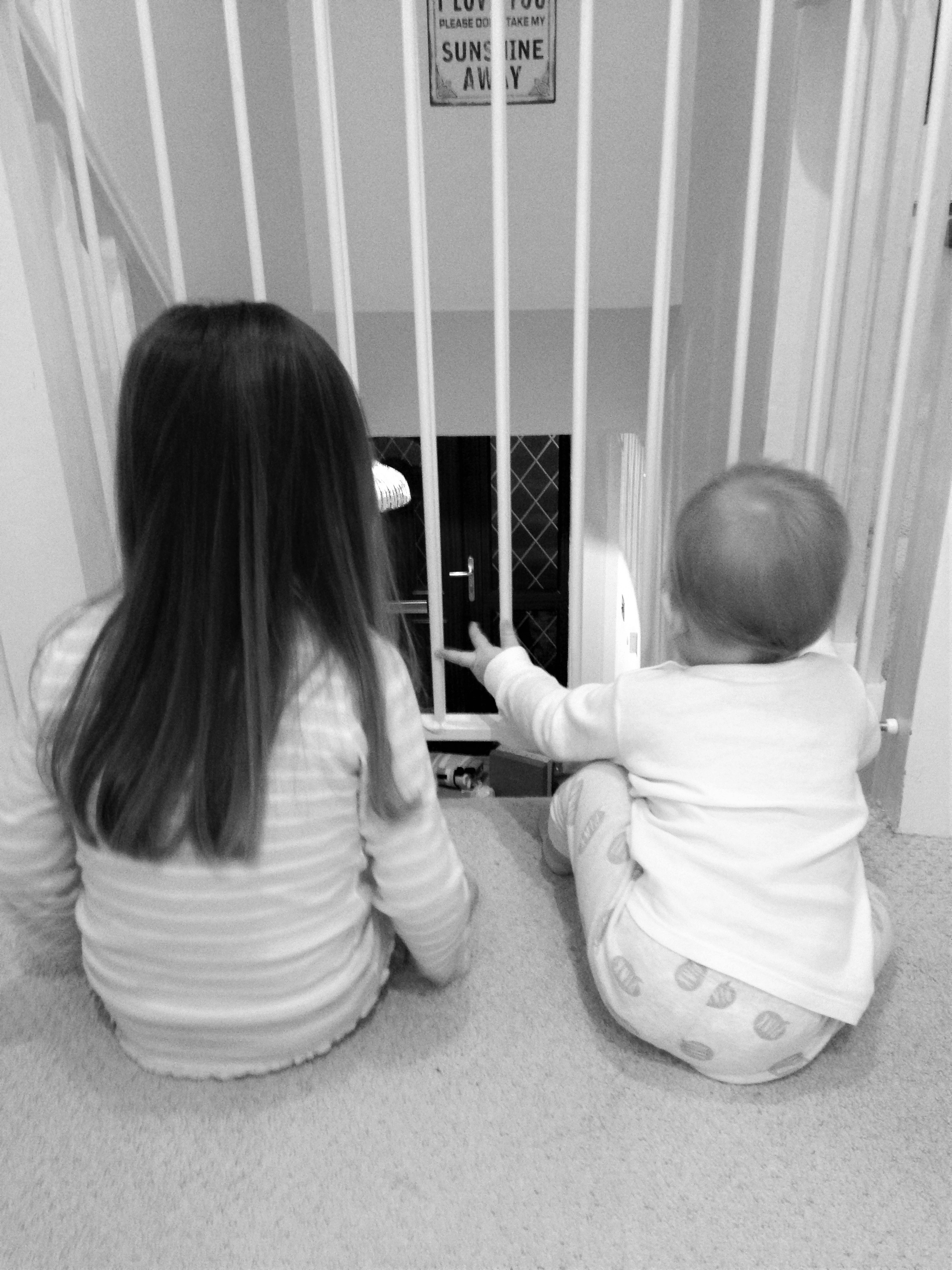 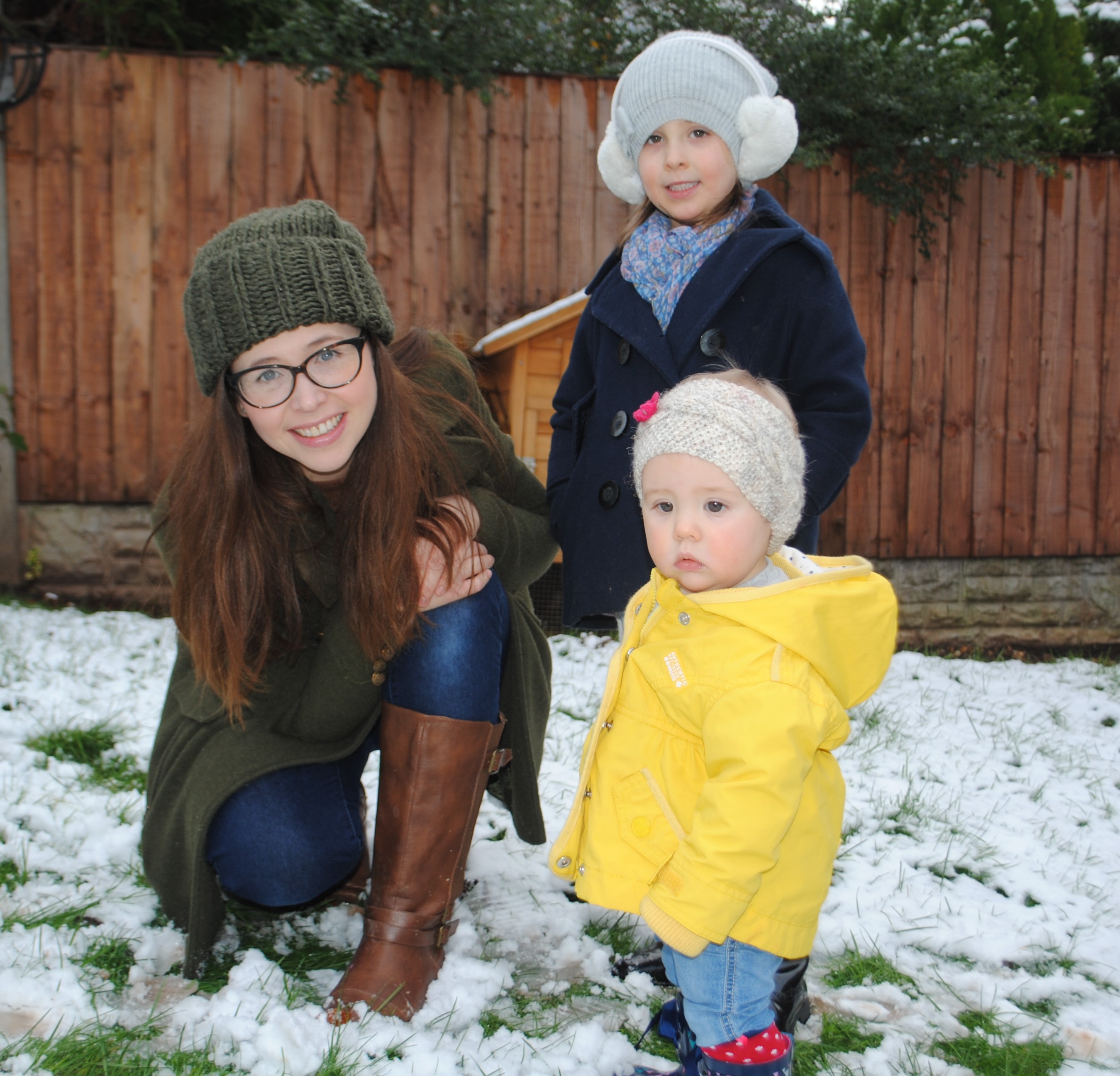 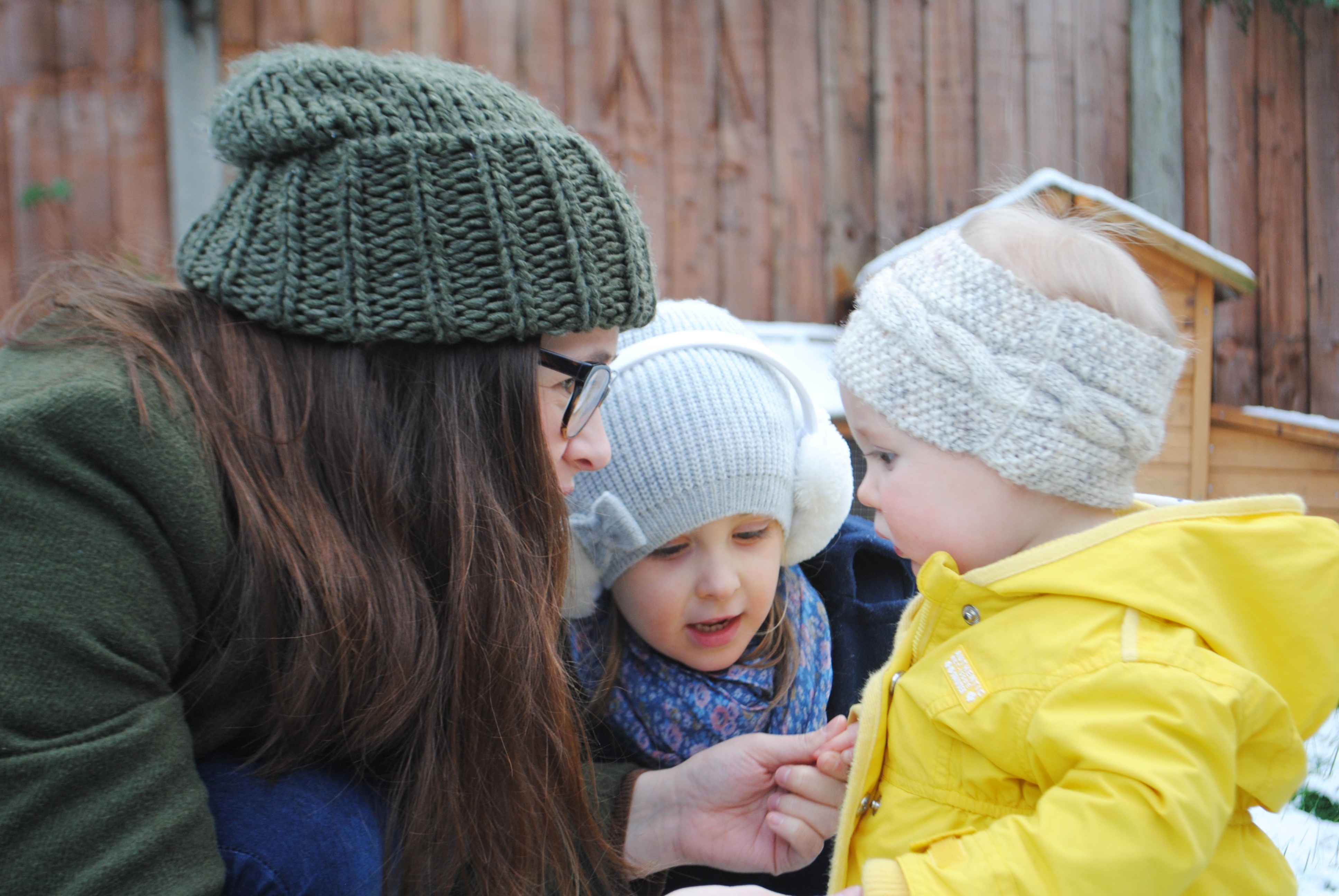 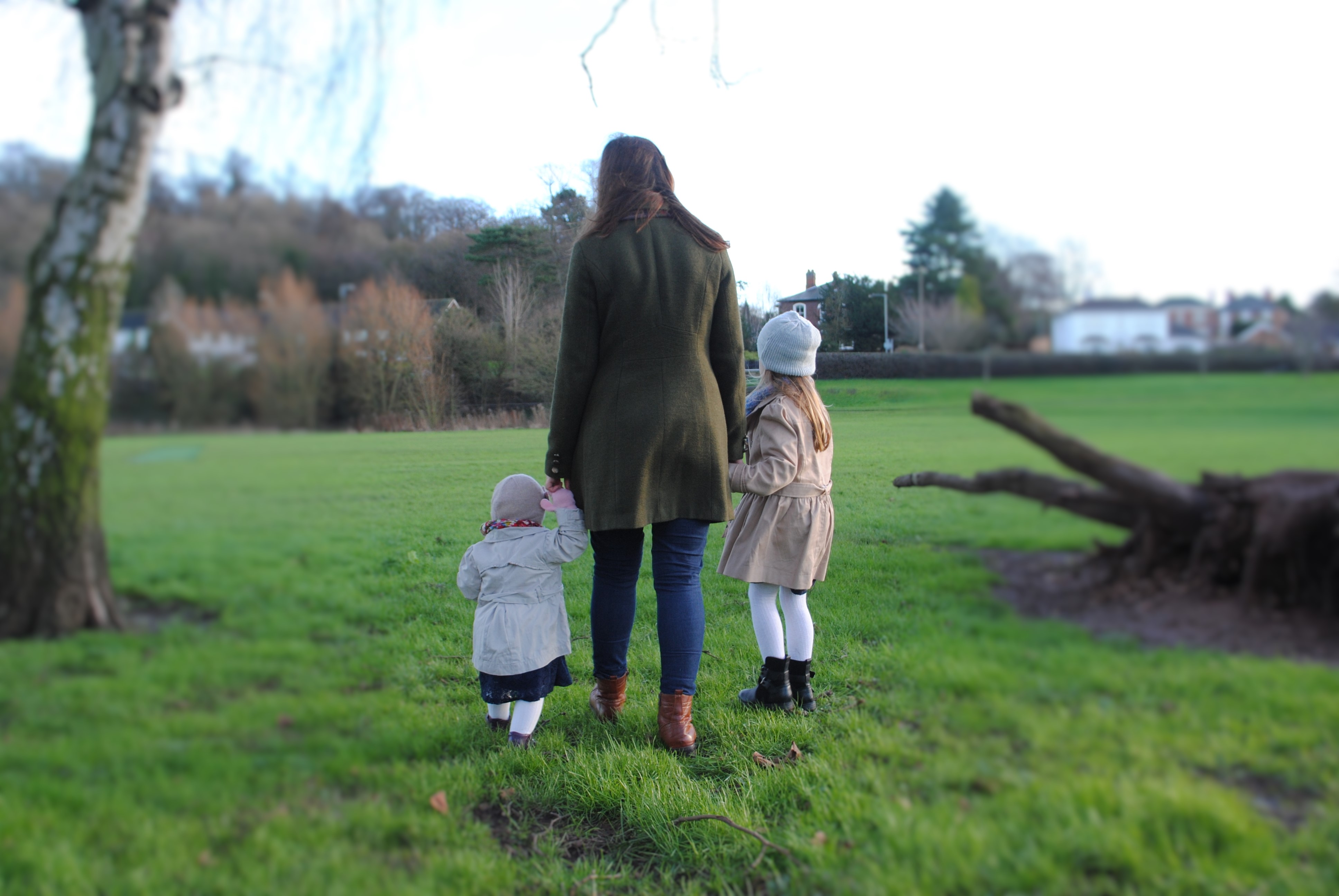 There is a UK based charity Pregnancy Sickness Support who offer support for people like me and their families with pregnancy sickness and Hyperemesis Gravidarum. Not only are they helping people right now, they are conducting research to better understand the condition, treatment, the effects and anything they can to get treatment out there. To get help for the people who desperately need it. To change the future of pregnancy sickness and who knows maybe someday there will be a cure. Here’s hoping.

Here is a link to the current research (*updated 2020 now expired). You can take part here if you have had treatment in the last 2 years or know anyone who has, pass on the link. It will all help future me’s, future you’s and who know’s…. future my Little Ladies.