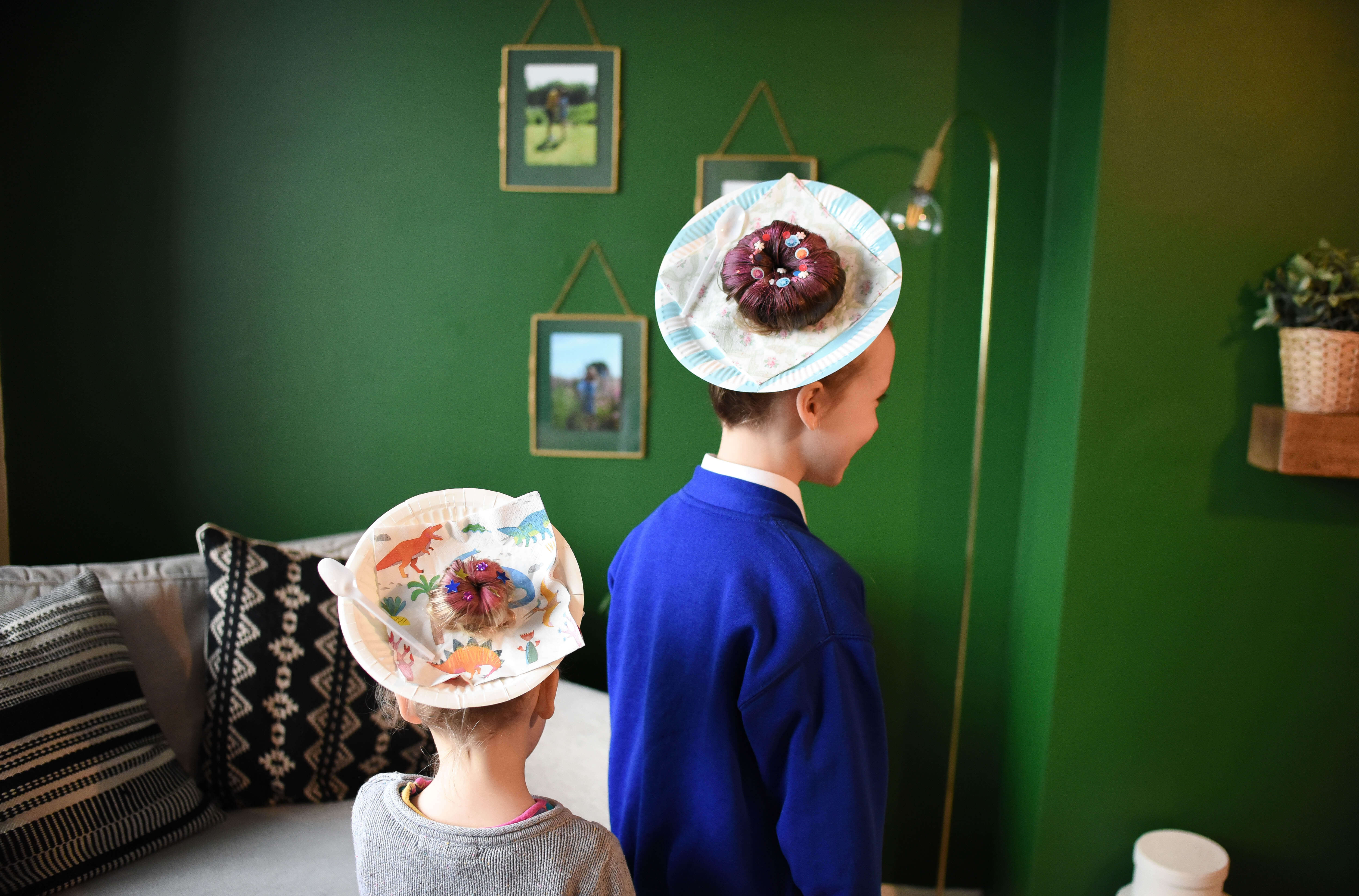 It was a wet dreary March afternoon when I felt like I had just about gotten over Christmas, both birthdays, February Half Term and World Book Day, just settling in to the long term ahead wishing for some of this Spring sunshine to make life that little bit calmer and easier; when the familiar ping of the school parent app that has come to be instinctively met with an eye roll reminded me that with school, there is never a calm. Anyone else feel like there is literally always something to remember?!

I read ‘Crazy Hair or Crazy Sock Day for Comic Relief this Friday’ and I could feel the palpitations rising in my chest immediately. Sweaty palms, racing thoughts, the lot.  I mean yes socks would be easy (ish) but I knew in my heart that the ideas Eva would come back with at 3.30pm, ones that would have been rattling through her brain all day at twice the speed in which they would fall out of her mouth in the car on the way home would be well outside of the realms of realistic. Above my creative capabilities and well beyond the less than a week time frame I had to fit it into. Meaning I would have to be fully prepared with some ideas of my own to enter what would inevitably become a highly pressured negotiation situation.  Here we go again I thought!

Crazy hair, I mean what even is that? Other than something that actually has to be done the morning of school with no amount of prep avoiding me having to stand there in the kitchen elbows deep in hair bobbles added into my already strict routine to get us all out of the house and happy by 8.15am every day that is. Seriously this is the first time in my 8 years of parenting and much more of being an actual human that I have heard of such a craze.

One scroll of google images and Pinterest later though tells me a different story. It’s a big thing, who knew!? A moment later and there I was watching YouTube hair tutorials of how to plait a butterfly. Yep I learnt how to do that. For her.

Naturally after I did all that study and practice she decided she did not in fact want that particular style after all. “How crazy is a butterfly really anyway Mum?” She said. She opted instead (with some coaching) for a hair doughnut on a plate which in hindsight was the better of the two options.

I made it with items we already had, a paper plate with a napkin stuck on which I cut a hole in the middle of, threaded a ponytail through and then made a bun with their ballet bun rings. A plastic spoon was glued into place, hair chalks made for the ‘icing’ (looking much more effective on Romas blonde hair it has to be said) and they each chose some stickers to add as decorations. Writing it down like that it seems quite easy actually doesn’t it? 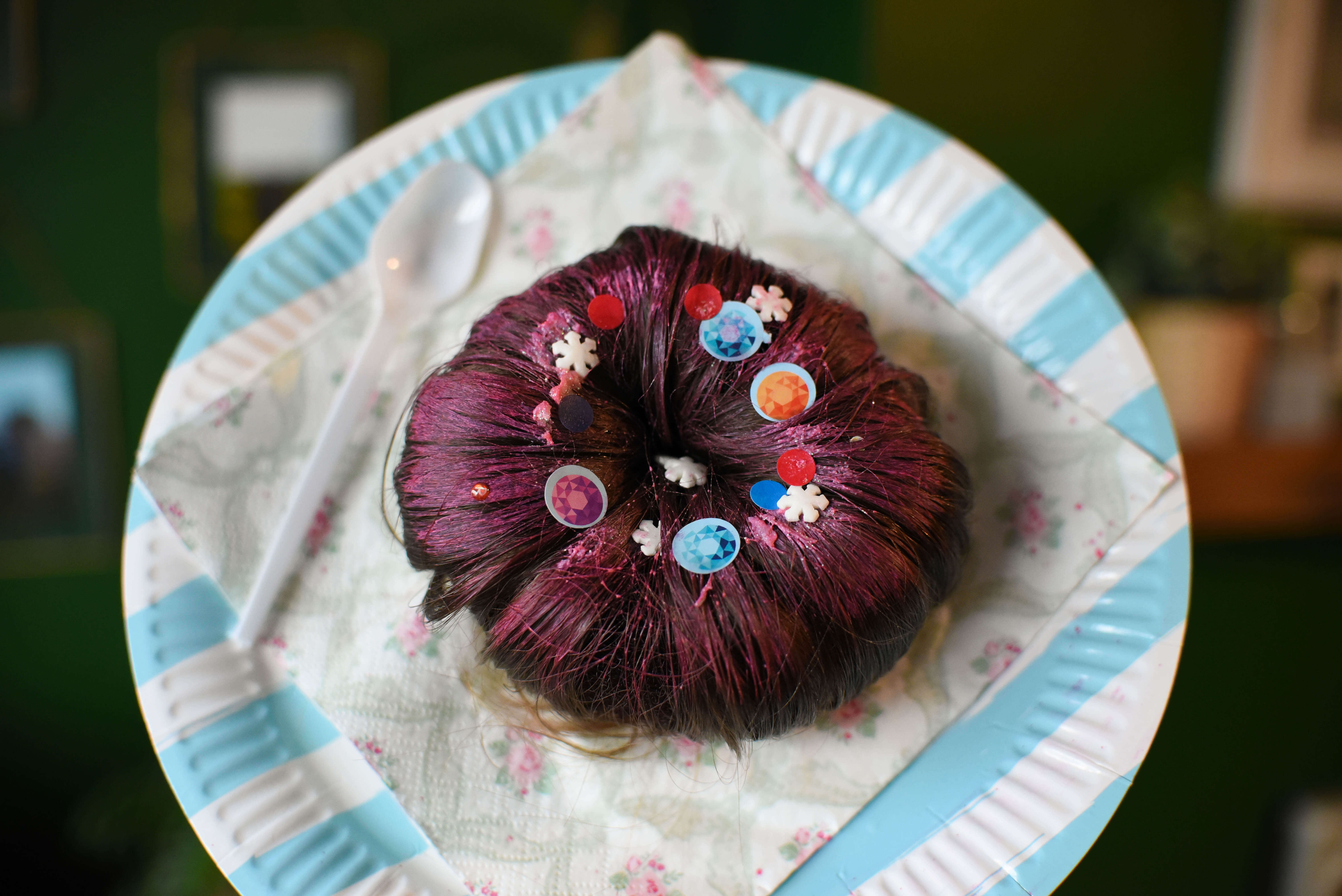 I didn’t take many pictures of the stages of actually putting it together, mainly because it wasn’t pretty. It was more like me standing in the kitchen in my pyjamas making breakfast with one hand, superglueing a spoon to a paper plate on my daughters head with another whilst asking everyone if they had everything they needed and trying desperately not to superglue my fingers together. Some of those things were more successful than others! Who said motherhood wasn’t glamorous?

Still, in 10 minutes flat there we had it; a doughnut on a plate with a napkin and spoon. Naturally Roma wanted in on the action too, which was a little more of a rush and yes ok I might have got a little bit of superglue in her hair and had to give up and cut it out of the evening when brushing 1000 times with the tangle teaser and every other brush and comb I own just wasn’t cutting the mustard. Anything to match her sister it would seem. That is a sacrifice she is willing to make.

Never one to be left out (or maybe a chance to upstage her sister, thankfully at this stage Eva thinks it is a compliment and doesn’t mind at all, in fact it makes her happy which I am forever thankful for) 5 more minutes, a little less hair and some face paint for the obligatory red nose later and my two gorgeous girls are ready for the school run with huge beaming smiles on their faces. Only to open the door to torrential rain! Standard. A quick dash to the car with umbrellas at the ready and we were soon pulling into the car park where there were all manner of crazy children ready to share their creations with one another.

There really is something about seeing your children proud and giggly when surrounded by their friends and Evas face was just a picture as children and parents alike laughed at her, it really was so sweet to see her so proud. It might be hard work being a school mum (and it is) but as with anything with these children that we raise, it’s totally worth it when they look like that.

And hey now I have school to thank for the fact I can now make doughnuts out of hair (not to forget the whole butterfly thing) which I am sure is a sought after skill right?! Crazy hair competitions here I come!

It was of course all for a good cause and got us talking about Red Nose Day and Comic Relief on the way home. The conversation that followed was just the sweetest most humbling thing ever and one of those rare times as a parent that you think actually I am doing an alright jobs with these little human beings I have created, rare as they may be they are special and this was definitely one of them.

As Eva was explaining to Roma who the money that they raised through each donating £1 went to it was like a lightbulb moment for Roma who simply said “we are very lucky girls then to have what we have aren’t we?” Eva replied with a carefully thought out “Yes, we are” and there was this lovely almost thoughtful appreciative silence in the back as I beamed with pride holding back the tears as I stared at the road ahead. I am grateful not only that we work so hard for them so that they don’t really go without, but also that they are aware of this, they appreciate it and that we can and do help others whenever we can, crazy hair and all. 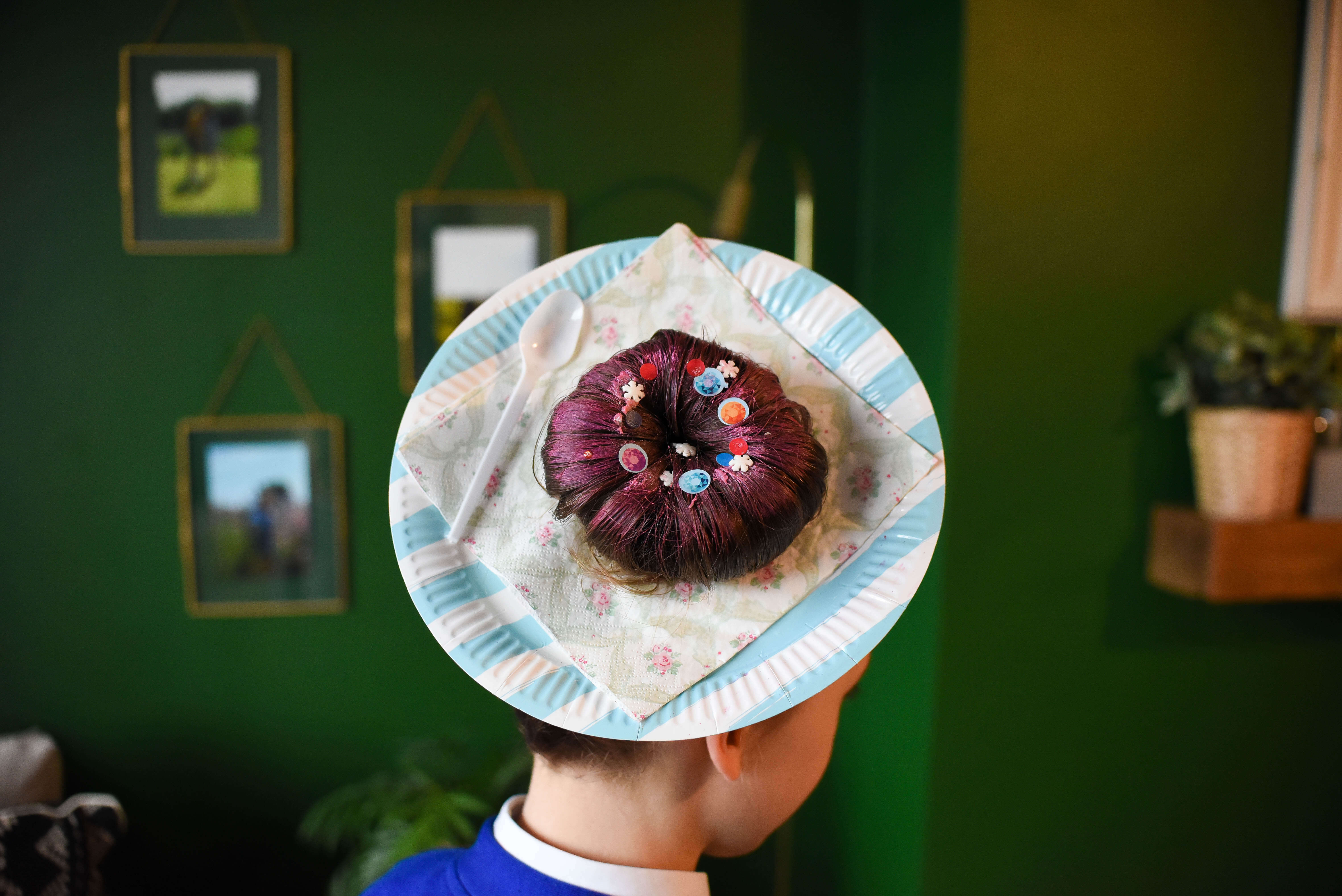 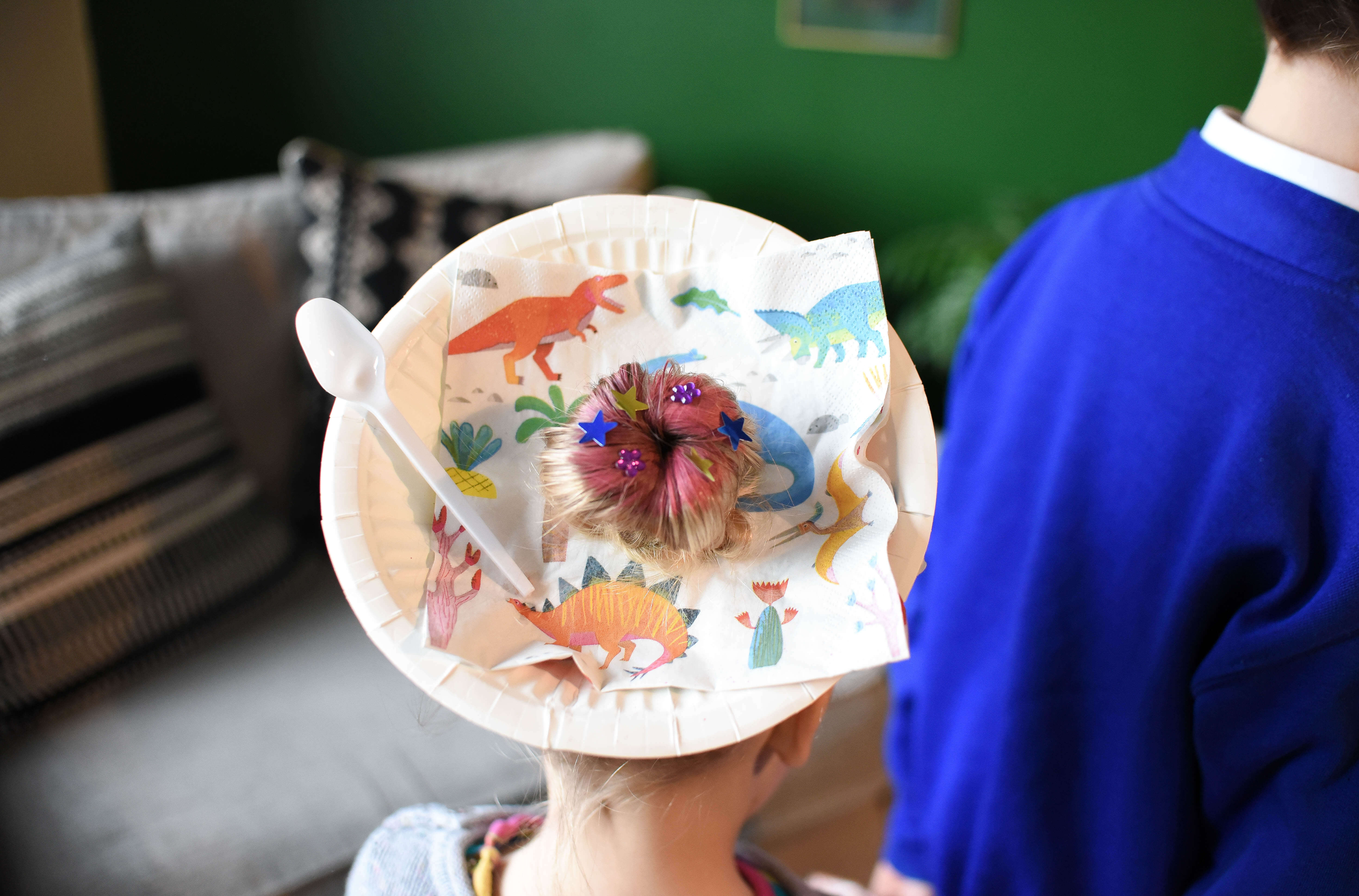 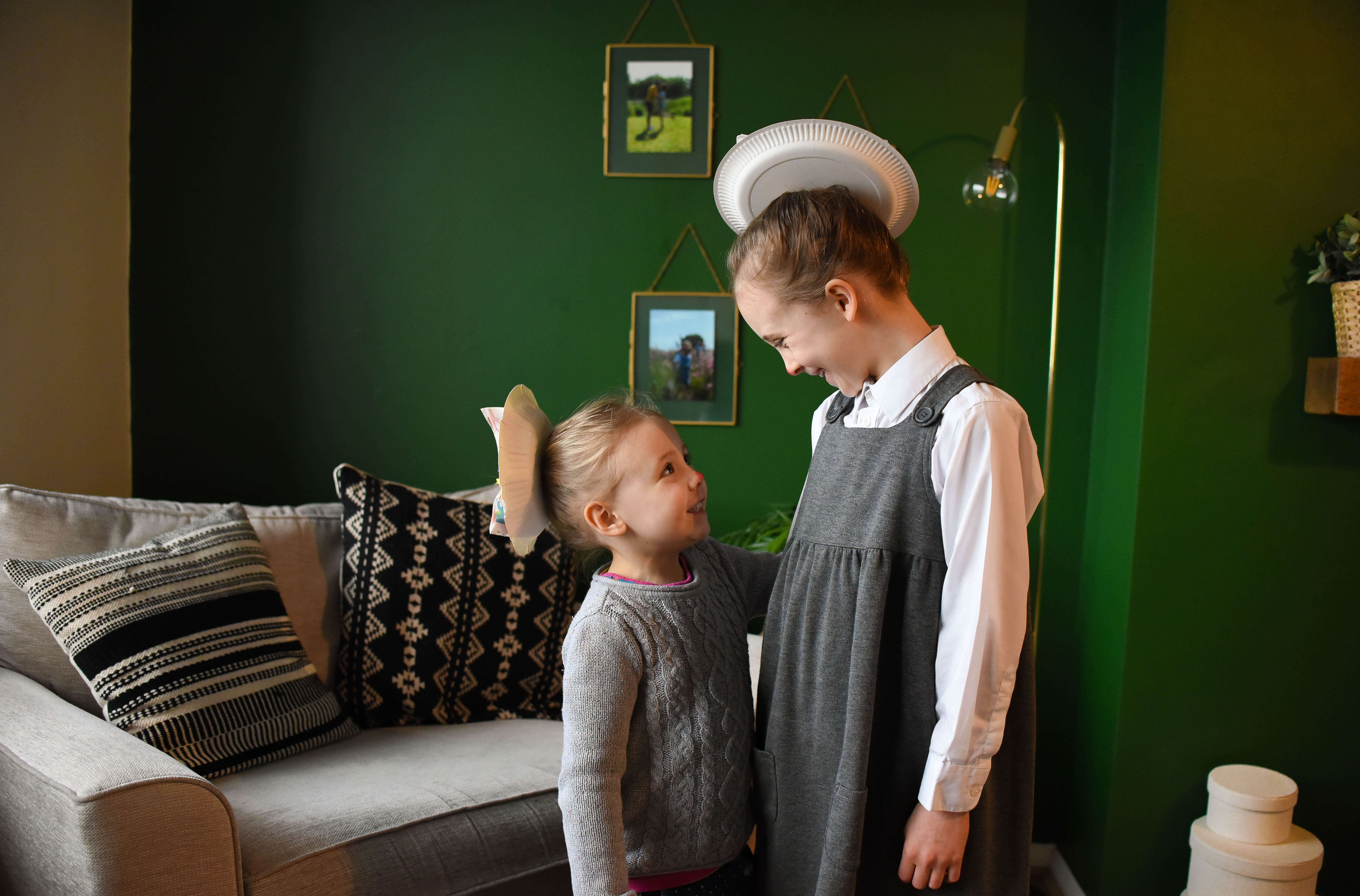 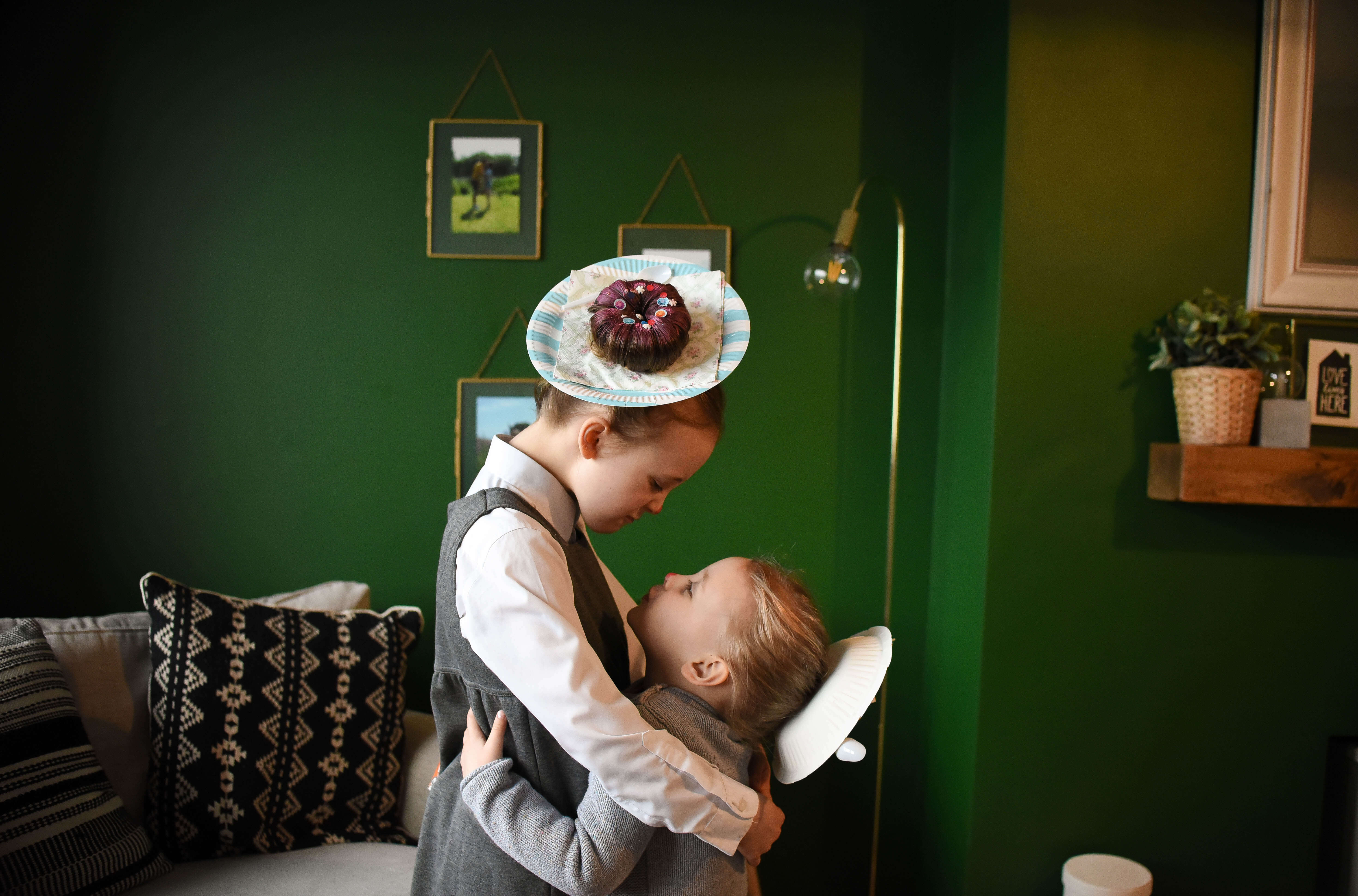 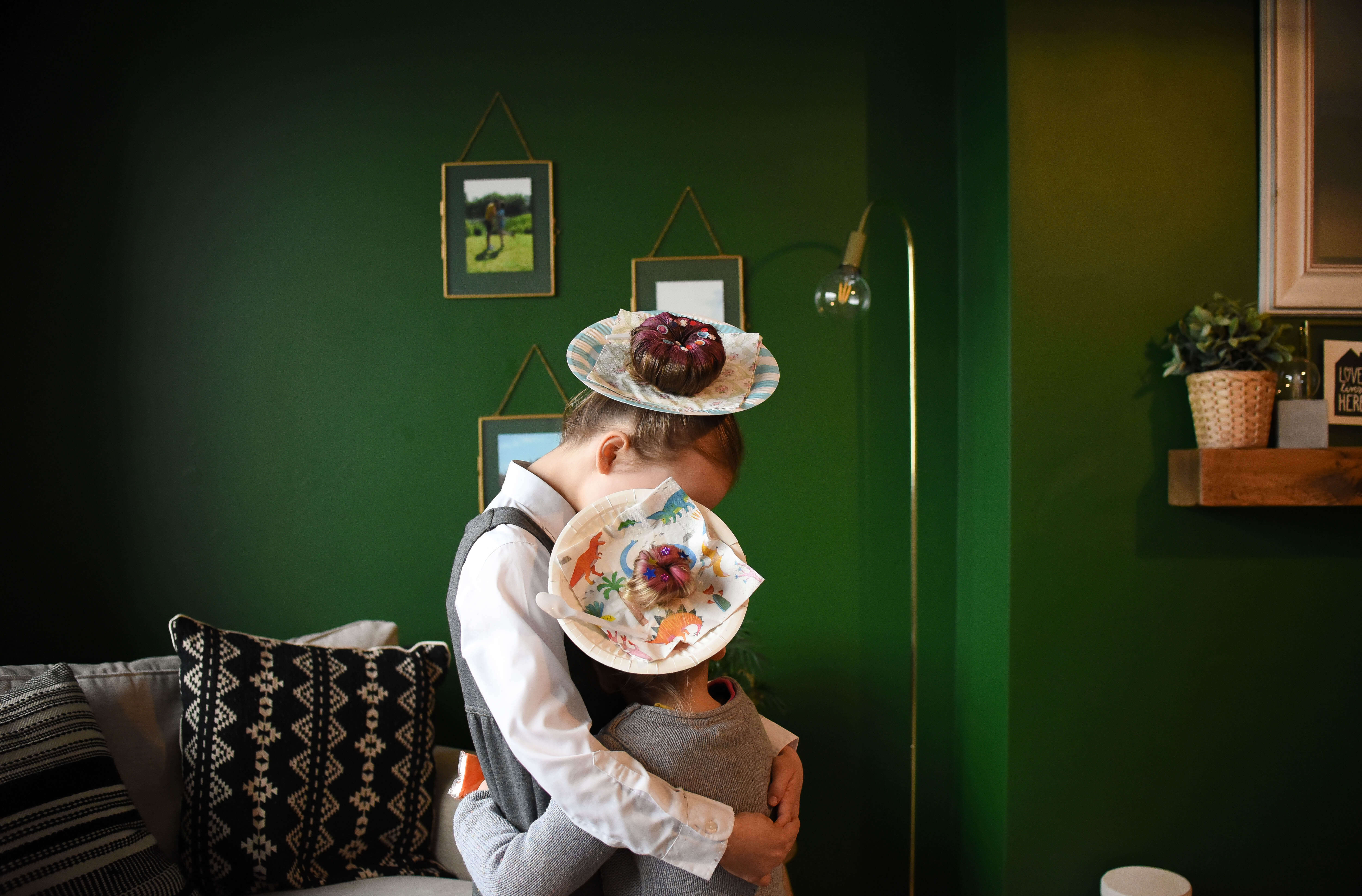 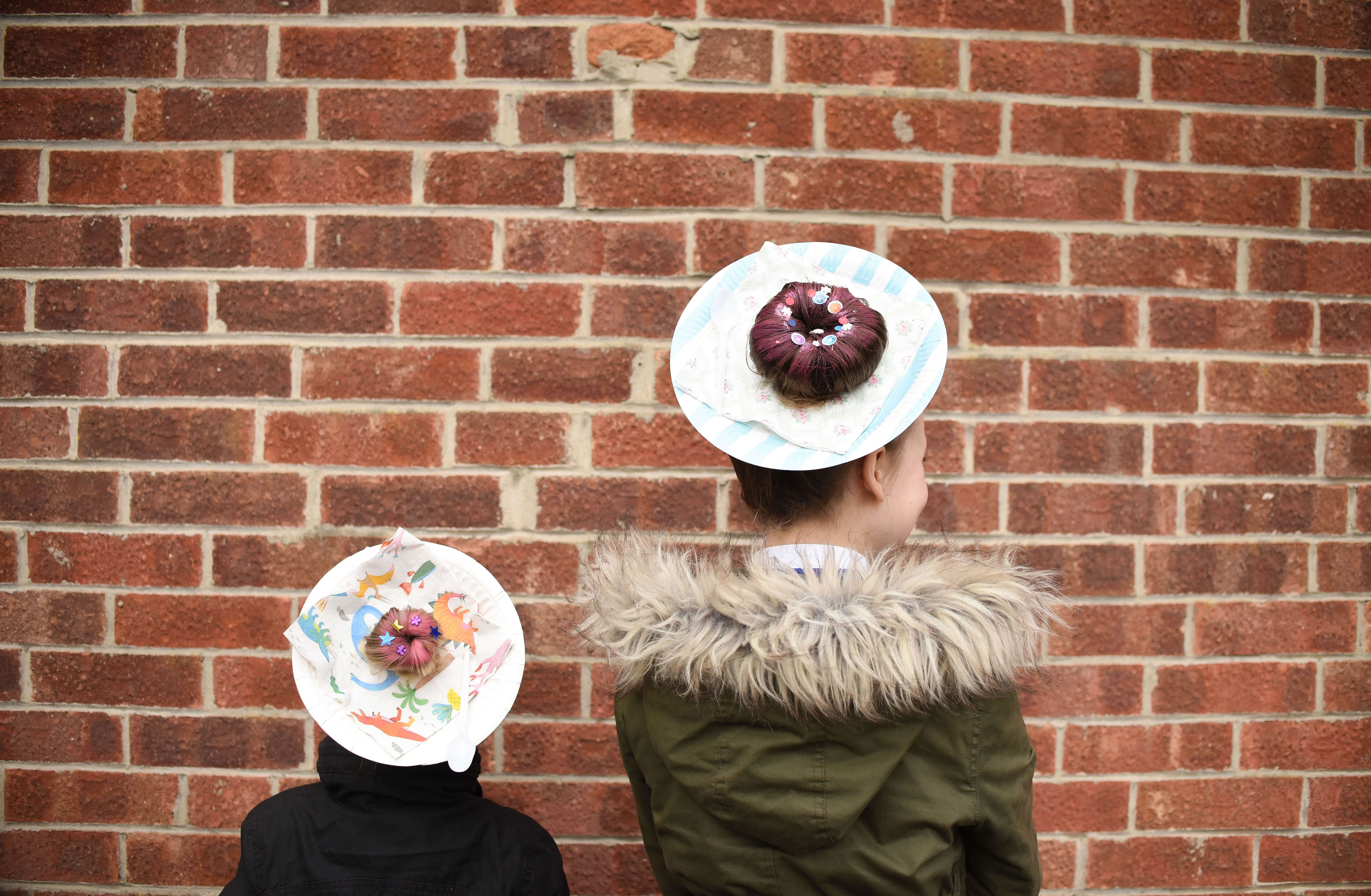