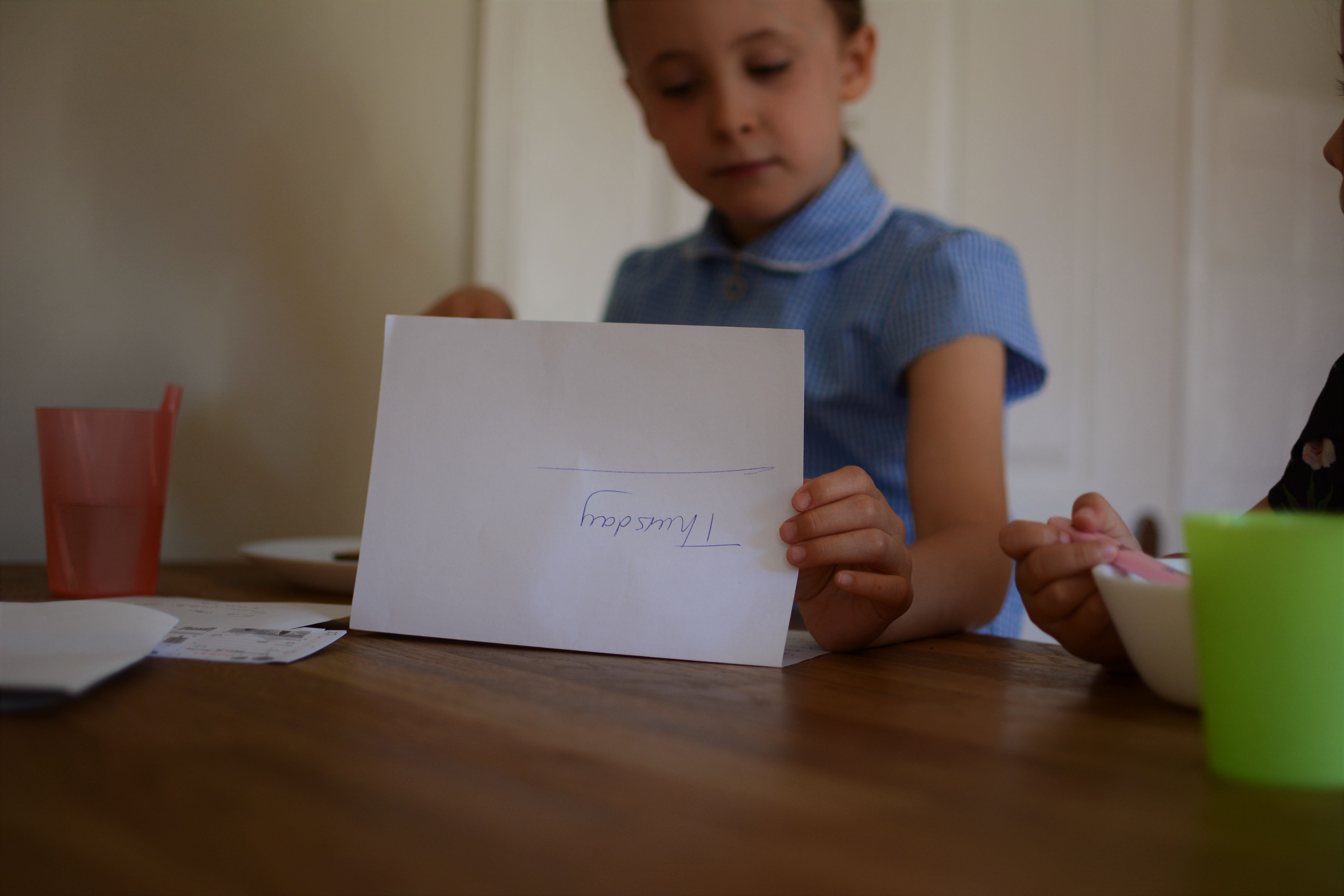 Eddy works away quite a bit, it’s part of his job, part of our deal of me being at home and we make it work with him trying his best to let it impact us the least. He doesn’t often go away for more than a couple of days but this week he did. To a big I mean conference, in France.

So solo parenting mornings happen a lot in our family. Same routine, same clothes picked out the night before to avoid any last minute ‘what to wear’ meltdowns. Same stolen moments to get myself ready in between and hoping with a 1 second glance in the mirror I look presentable enough for the school run. Same same same. Get up, get dressed, have a wash, brush your teeth and ready for the day even before we step foot downstairs. Even before that all important morning coffee has passed my lips (replaced this week with a nutrition boosting home made smoothie no less) everything runs like clockwork, smoothly (touch wood) within that precious and strict 30 minute window.

Much the same as non solo parenting days to be honest, just with one less pair of hands to wrestle clothes on or one less voice crowding the air of ‘leave your sister alone and just brush your teeth’ or ‘come on darling’ said through gritted teeth with as least urgency as possible so as not to alert them to the fact we are trying to rush them and have to go through the slowest putting on of socks you have ever seen that inevitably follows.

7.30am hits and it’s time to referee who will be the ‘leader’ aka the first one to go downstairs that day (or is that just my children?) As the pounding of little feet get louder and more frantic with each carpet covered step, they turn and burst open the kitchen door, banging the stools as they do with one thought only in mind, even before breakfast.

They scuttle around with a panic unfolding the hand written note with the corresponding day lovingly (or scruffily as Eva says) written on the front by the one person that isn’t here. Placed casually on the breakfast table and read aloud by Eva as fast as she can, so desperate to get to its contents yet pouring intently over every single word.

“Kindness is magic” it always ends.

They sit and read them over breakfast, chatting to each other and even though Roma is not quite at the reading stage yet she loves to have that note in her hand and pretend to read the words her sister just relayed to her. To sound out the letters and feel the connection just like Eva does. It melts my heart when she jumps in to help, reading over and over again to ensure the words really sink in. I let their squeals of excitement swirl around me and can’t help but think these will be the moments they remember. Not that he wasn’t here but that they had something special, just for them when he wasn’t.

These notes aren’t much you might say, he doesn’t pour his heart out or pretend to write a sonnet but to the girls they mean everything. I mentioned on my instagram the other day that he is horrific at telephone conversations. He calls occasionally don’t get me wrong but if you want someone to casually chat to for hours on the other end of the phone then Eddy is totally not your Man. You would be forgiven for thinking he was a total stranger if you were a fly on the wall with pleasantries aplenty and an “I’ll let you go then” abrupt ending. Every time!

So when he is away these little notes are his communication with them. The physical ties that pull the emotional ones to the surface that he might not actually be here in person, but is always here in spirit. It says he cares about them, is thinking of them and is guiding them through their day no matter how many miles there is between them. A little gesture that always means the world.

And it has become, an ordinary moment, one which they wouldn’t want to be without and the first thing they think of when they wave him off on any trip, Work or otherwise! 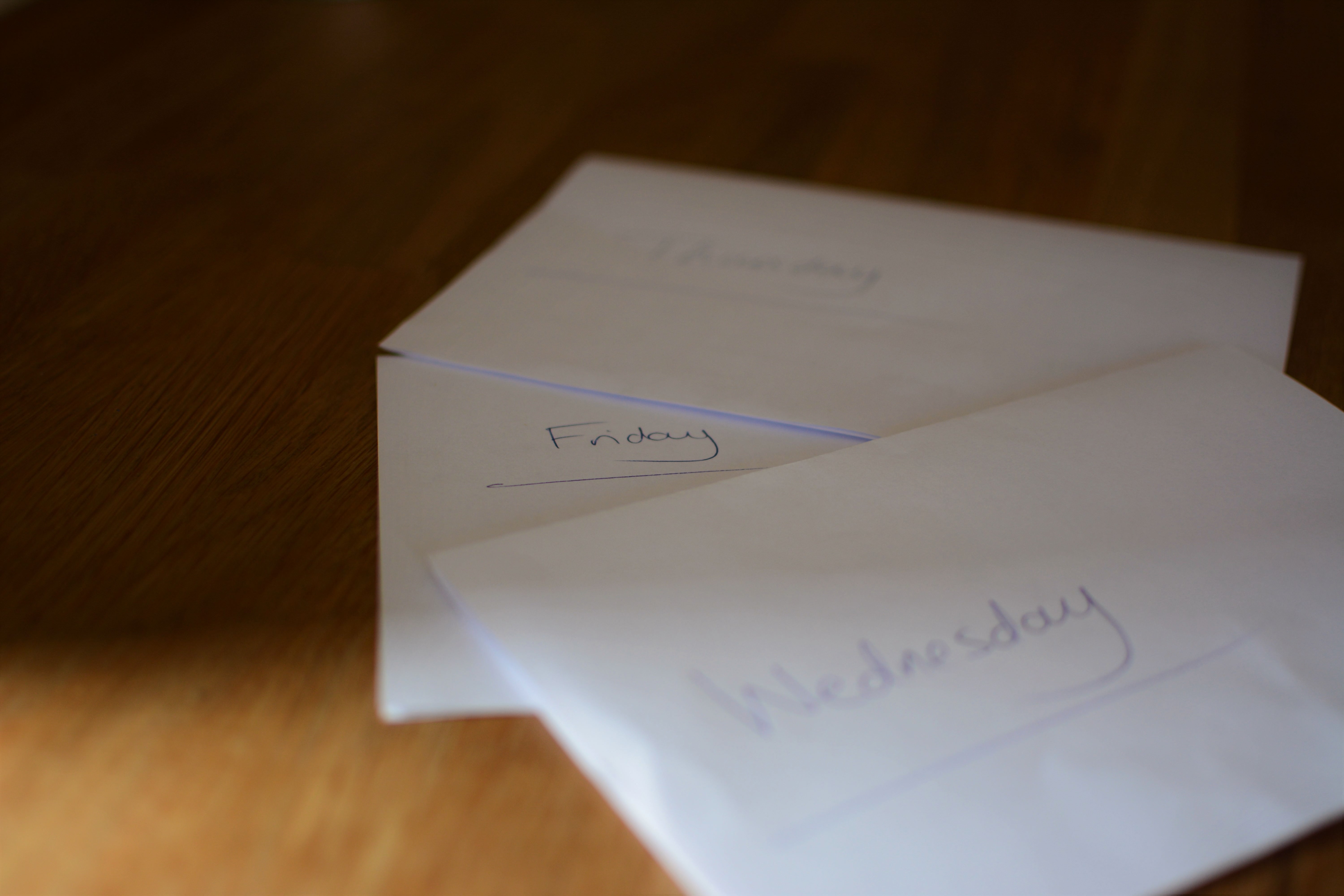 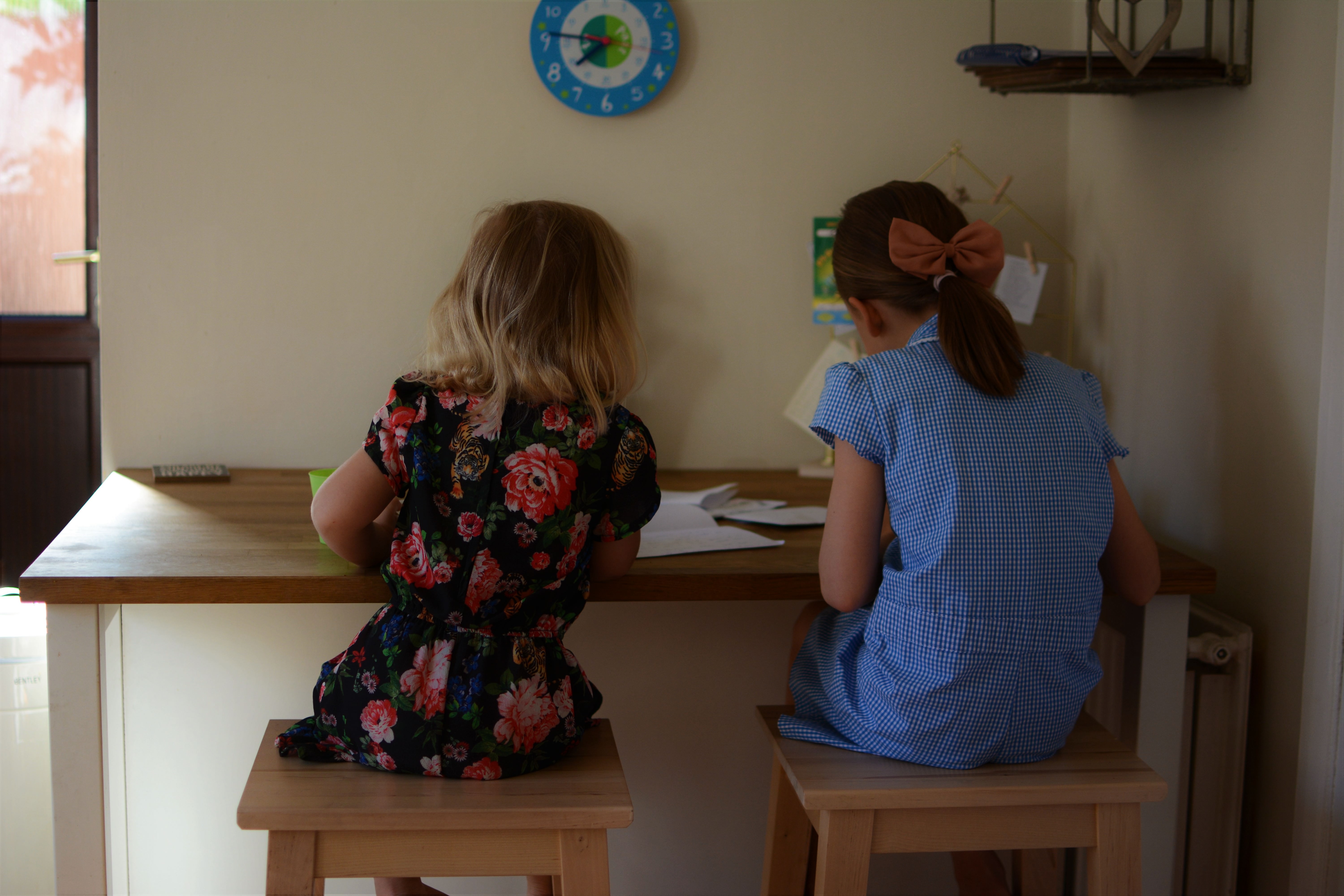 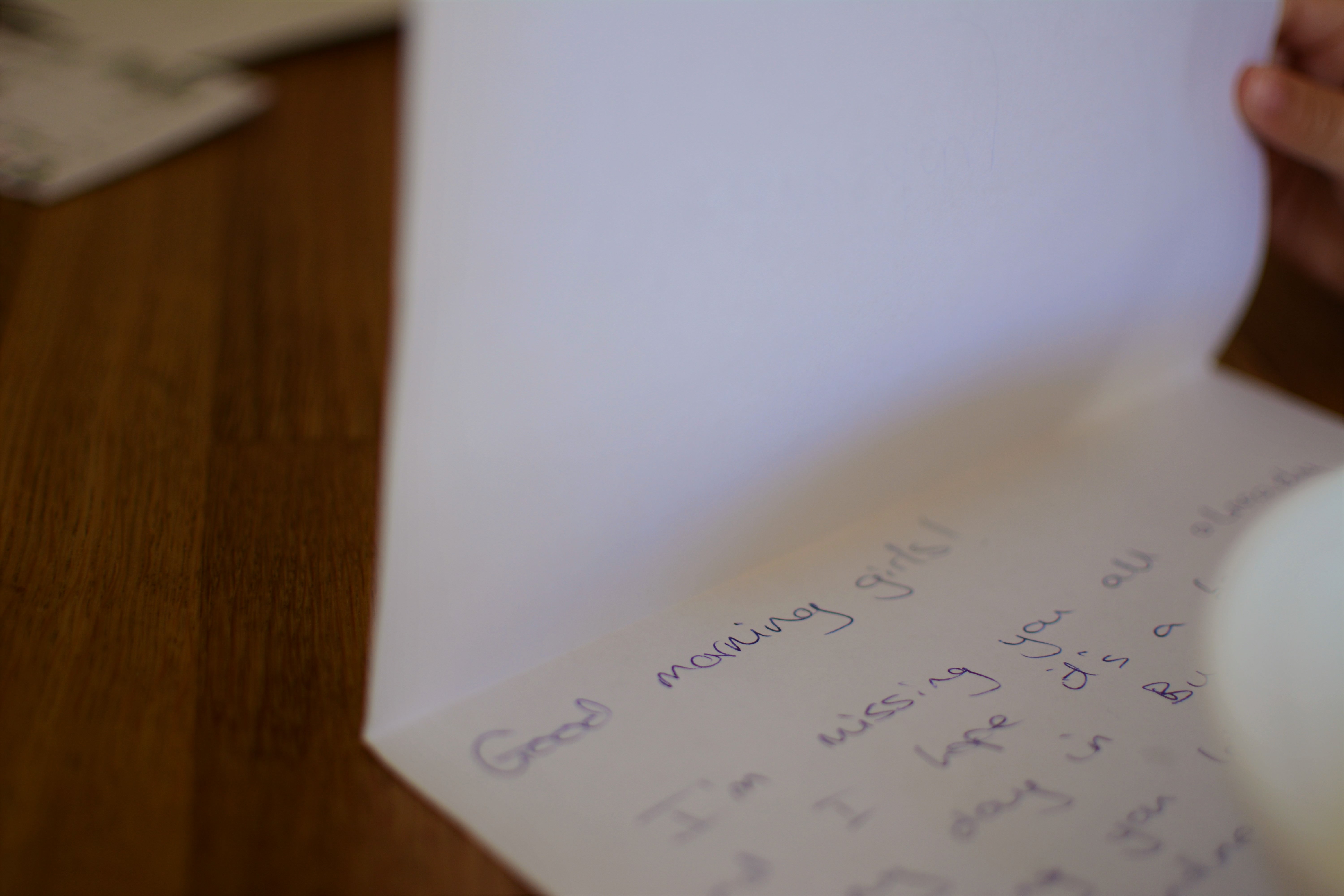 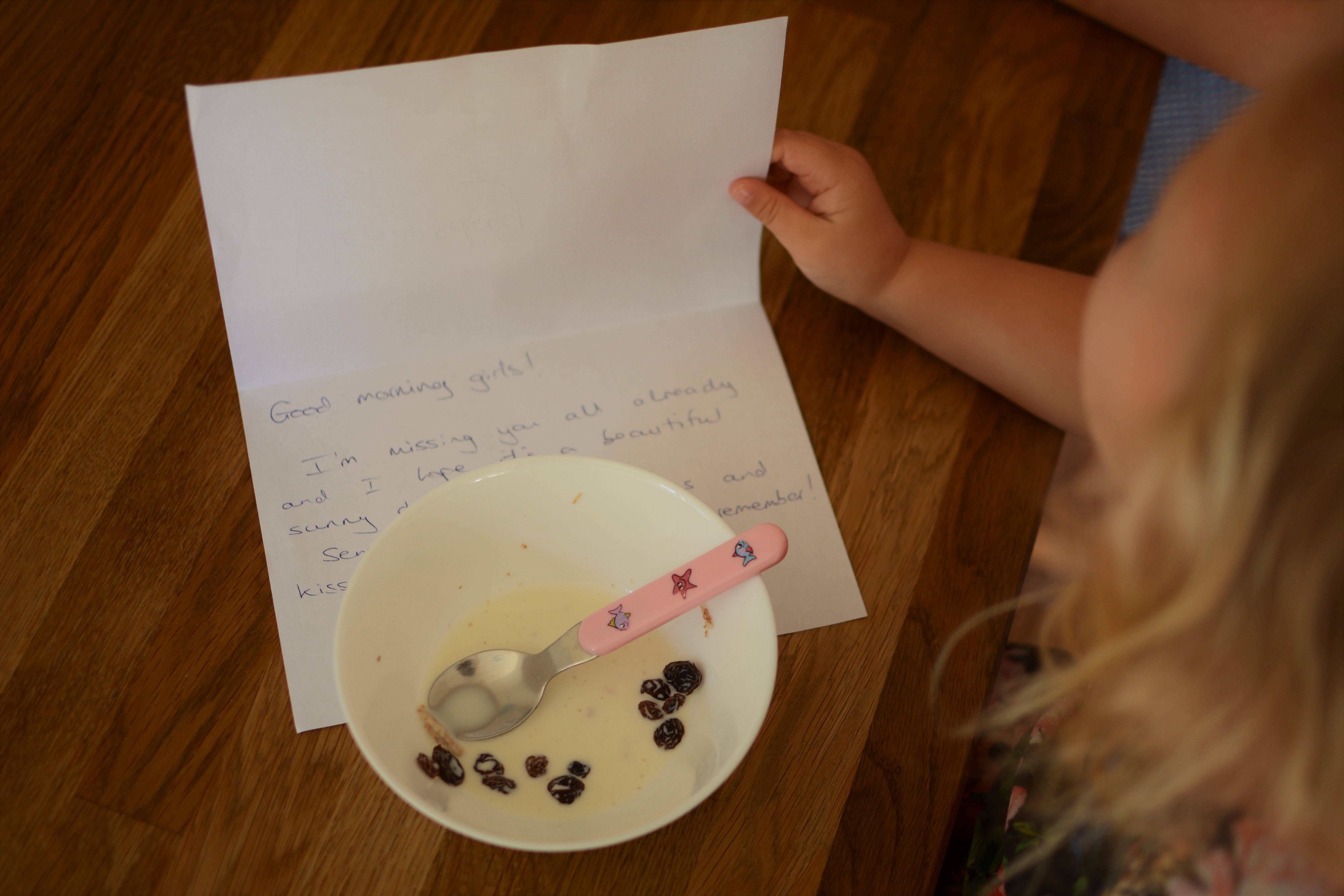 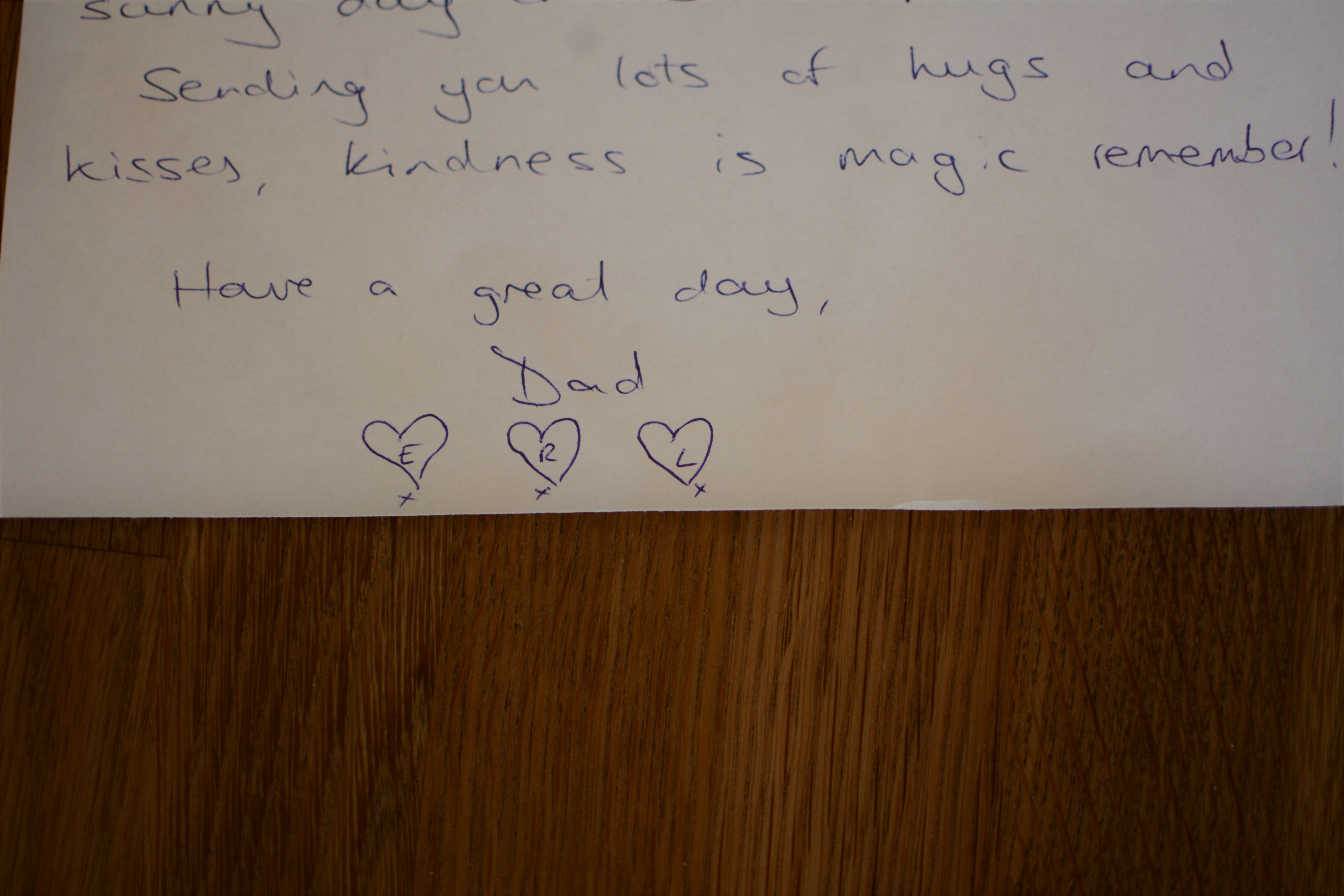