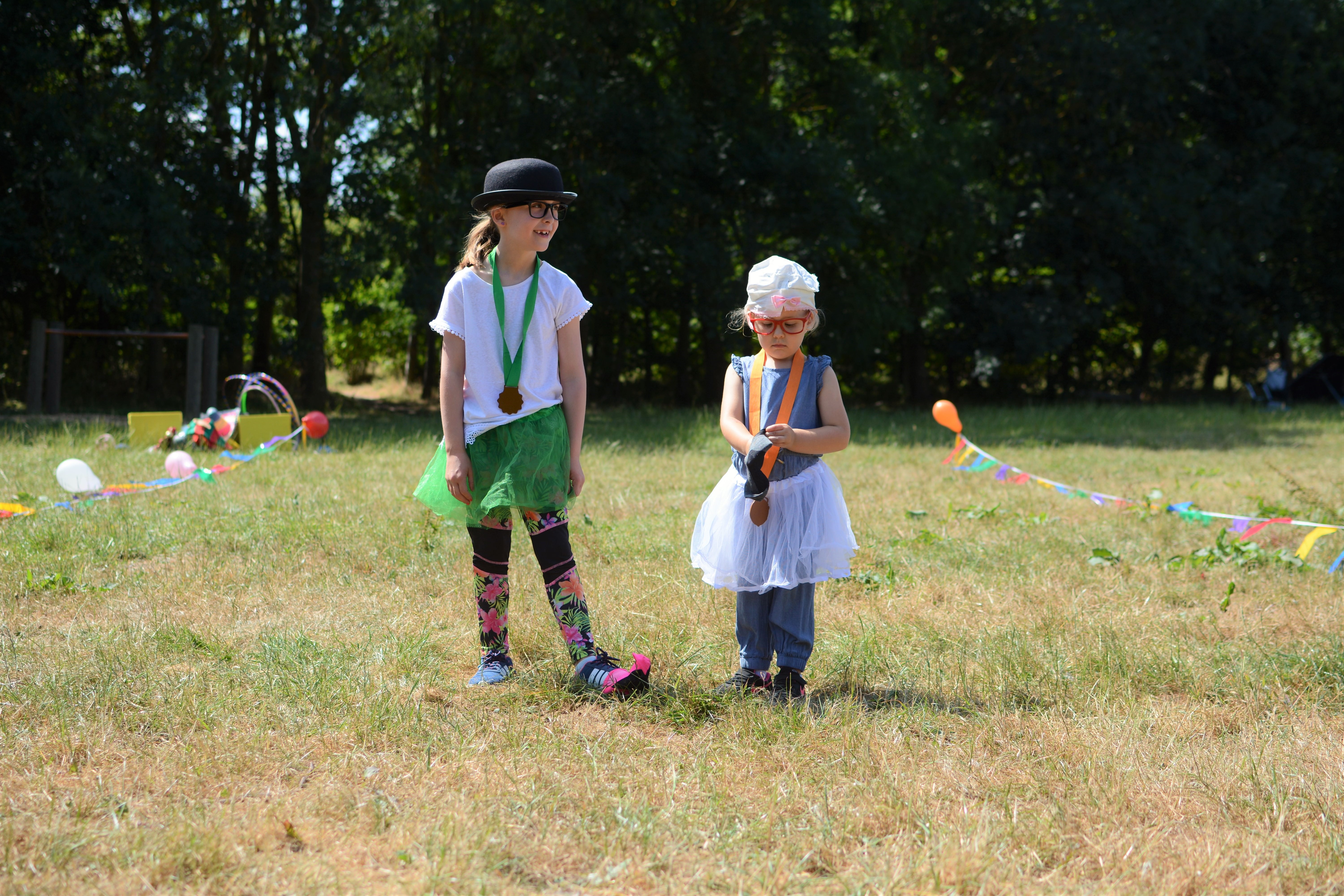 For the past few years I have been saying that I would throw an ‘un birthday’ party for the girls in the summer. Basically Eva’s birthday is 5 days after Christmas and Roma’s just 4 weeks after that (great planning I know) so the organisation of parties at that time of year is complicated, stressful and somewhat expensive too. There is definitely more planning required, less choice and lets face it its just a little bit rubbish for them and for me.

I personally have been the over compensating mum burning myself out to make sure they know it is special and that people care whilst spending most of December in a sleep deprived state just trying to keep everything planned, organised, perfect even, or just ticking over. I have also been the Mum who is so overwhelmed that I give up entirely and do nothing of the sort opting for a day out together instead. I have been these extremes of a Mum so many years that this year I said no more. Eva is 7 now and so when she asked if she could have a sports day party I said to wait until the summer and that is just what we did.

Last month they mentioned it again when we were at a Fathers day race event and very unlike December parties which take so much organisation; within a week the plans were ago, invites out (kindly made by their Auntie Carrie and panic printed at Rymans with the loveliest helpful staff ever) and so much talk and excitement of what races they would do and who would come. It seems without other distractions this time of year it is a pretty perfect and enjoyable time to plan.

We decided on a very relaxed affair where we invited people to bring their own picnic and join us at a local forestry centre for the games. Weather permitting you could hold this anywhere we just opted for a place with accessible toilets and a coffee shop which was a winner and the weather was just glorious. So glorious in fact that we hid by the trees to get some shade! We set up a race track with colourful bunting and balloons, put out the equipment at the start and a chair with a whistle and some sports day stickers at the end (not winner stickers just fun ‘I took part’ ones) so they could help themselves which all seemed to work well.

So this past weekend they had their joint un birthday party and it was seriously like a revelation. Of course I know no different than having children with winter birthdays but my gosh was this lovely. I loved the planning, the relaxed nature (although I am not sure people at the party would have thought it was all that relaxing for me who became the games master taking it in turns with Eddy and what with lots of children asking which race was next when they are used to a timetable of a schools sports day ran with military precision “whatever you want it to be” seemed a confusing answer!) But it really was because you could sit back and see that the children were enjoying themselves. It was simple, enjoyable and inexpensive, I mean you can’t ask for more really can you?

We also took a relaxed attitude to the races. We had planned what we could do and prepared enough equipment for 5 children to join in at a time. We would just go with the flow on what they wanted to do next giving them the options but as long as there were enough we just went with it and made the track quite wide so for example the running races anyone joined, from 2 year olds to 10, everyone was encouraged and felt like a winner.

I think the race that went down the best was the dressing up race in which I used items we already had at home like hats, glasses, medals from various events Eddy and the girls have taken part in, tutus or jackets and some socks big enough to throw on over their shoes. It was just wonderful to see everyone there together, the parents chatting, the children playing, making up their own races or even just picking up the equipment to go off and play in little groups by themselves because after all the girls were always having fun with their friends and that is exactly what it is about. They felt special and celebrated and whilst it wasn’t their birthday and we didn’t sing or anything we did give everyone a piece of cake in celebration of my two awesome little people and I guess their half birthday to boot…7 and a half and 3 and a half seems so surreal to me right now!

Some children were more competitive than others but all ended the day with a plastic medal each, a tshirt full of stickers, sweaty faces, grassy feet and big smiles so all in all I think everyone had a great time. So much so that I am thinking of making it an annual thing. Eva is already talking about the ‘tea party in the woods’ theme that she is going to have next year so maybe she won’t be scarred for life having a Christmas birthday after all. Plus the fact that some people very kindly still gave them presents, that’s a win right there and they were so overwhelmed and grateful I could not have been more proud. Lets just pray we can guarantee the weather again next year.

I have put together below a list of the races that we did and the equipment that I either bought or already had if you are planning your own sports day party. I hope you find it helpful and if you do throw one, I hope you have as much fun as we did. 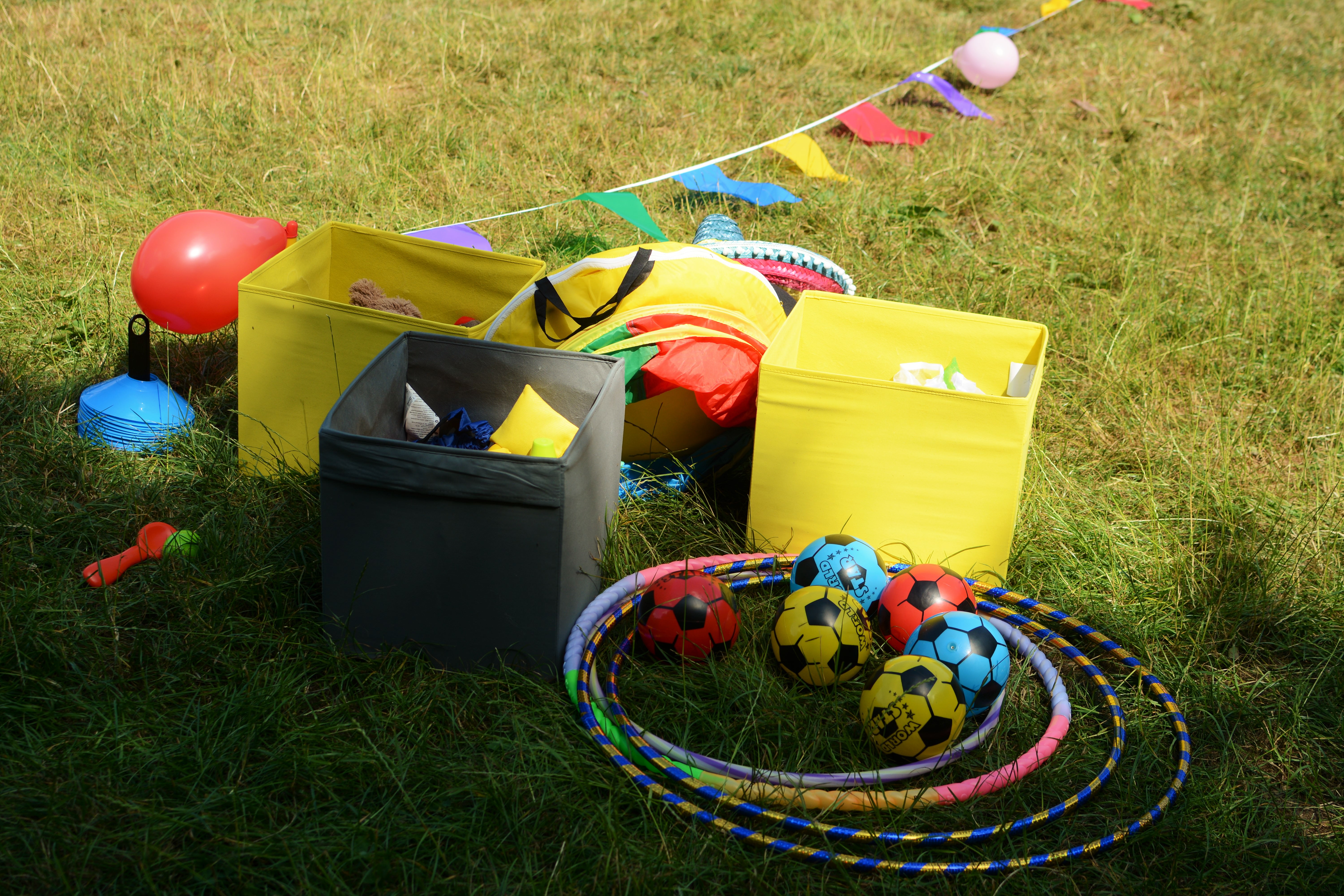 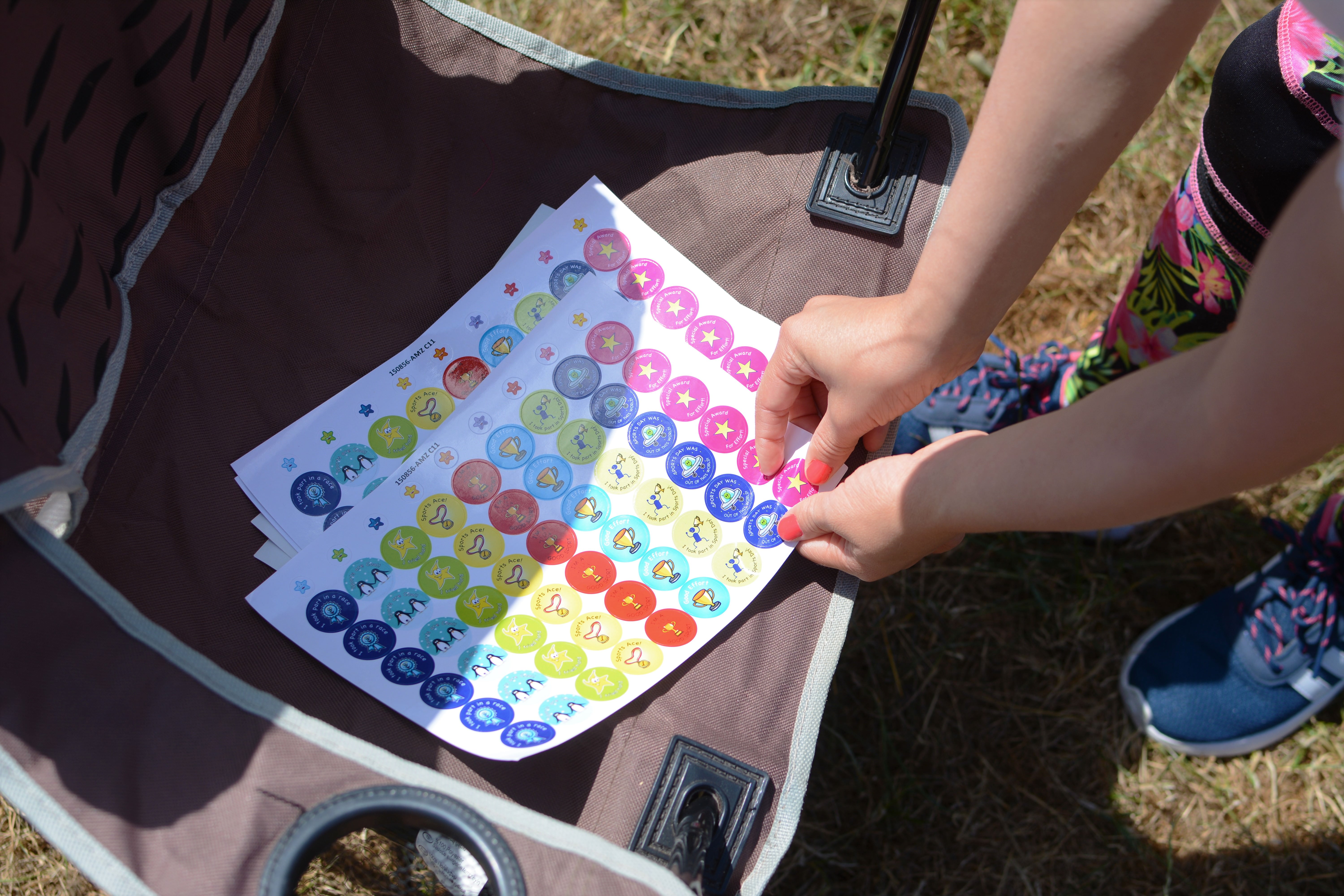 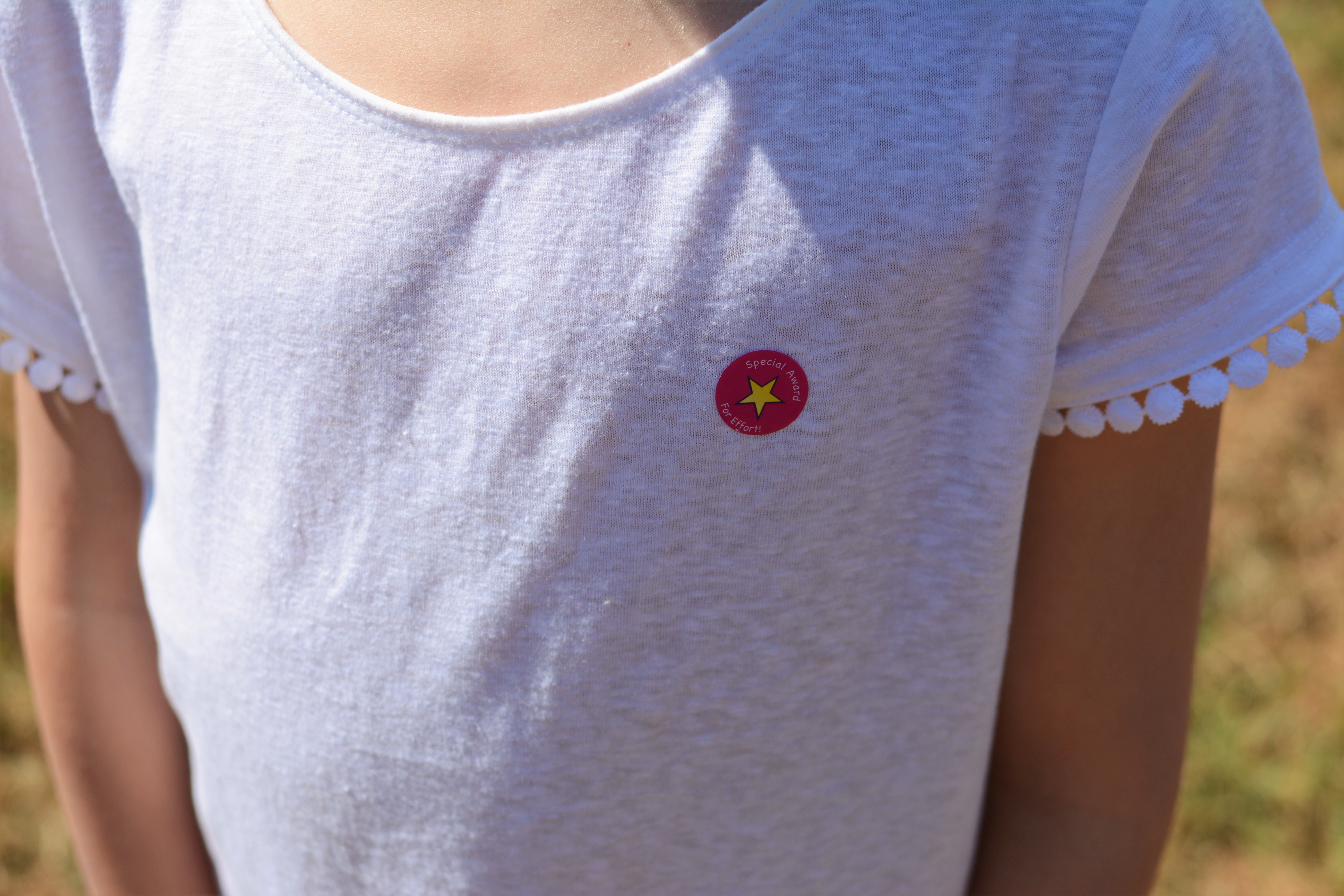 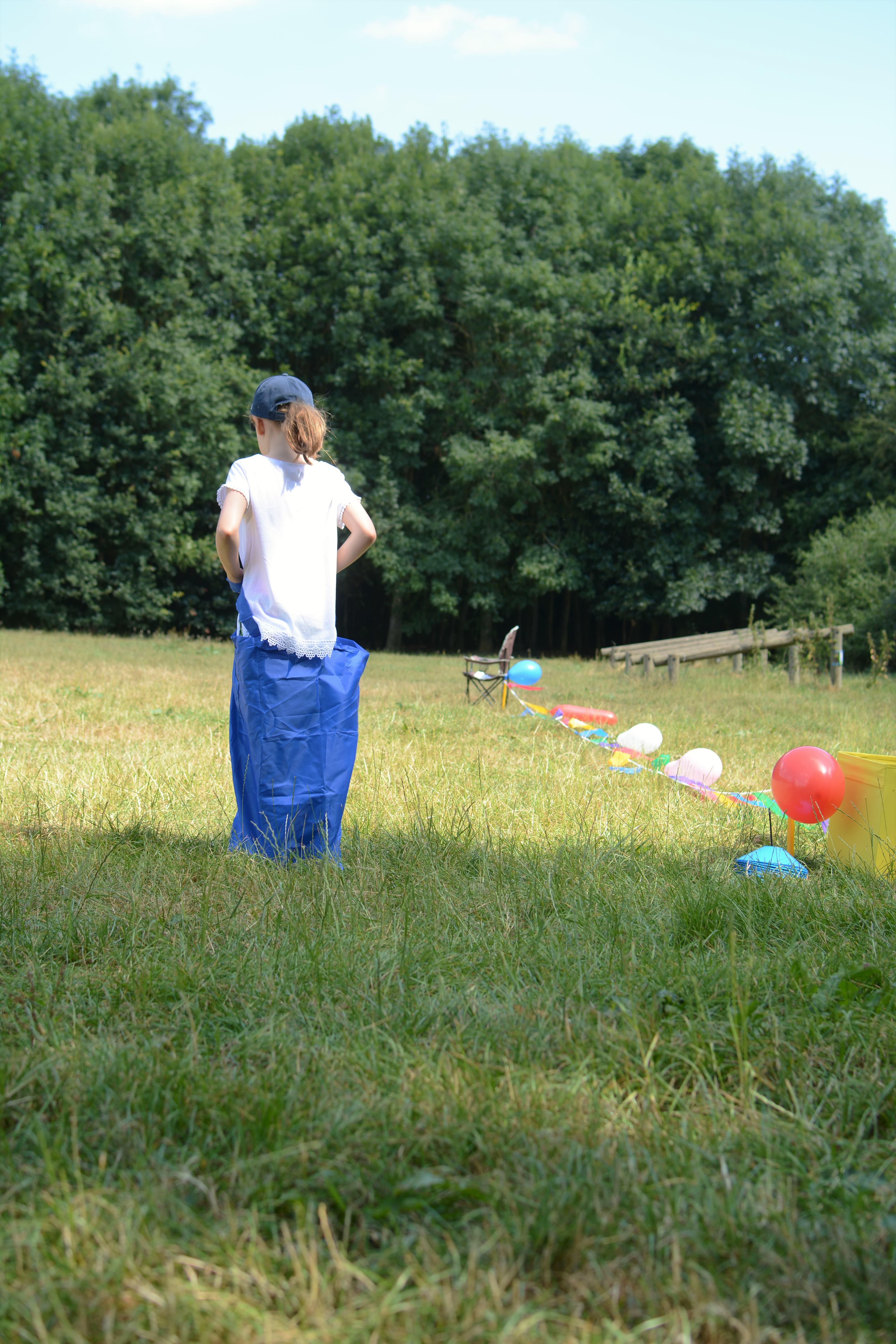 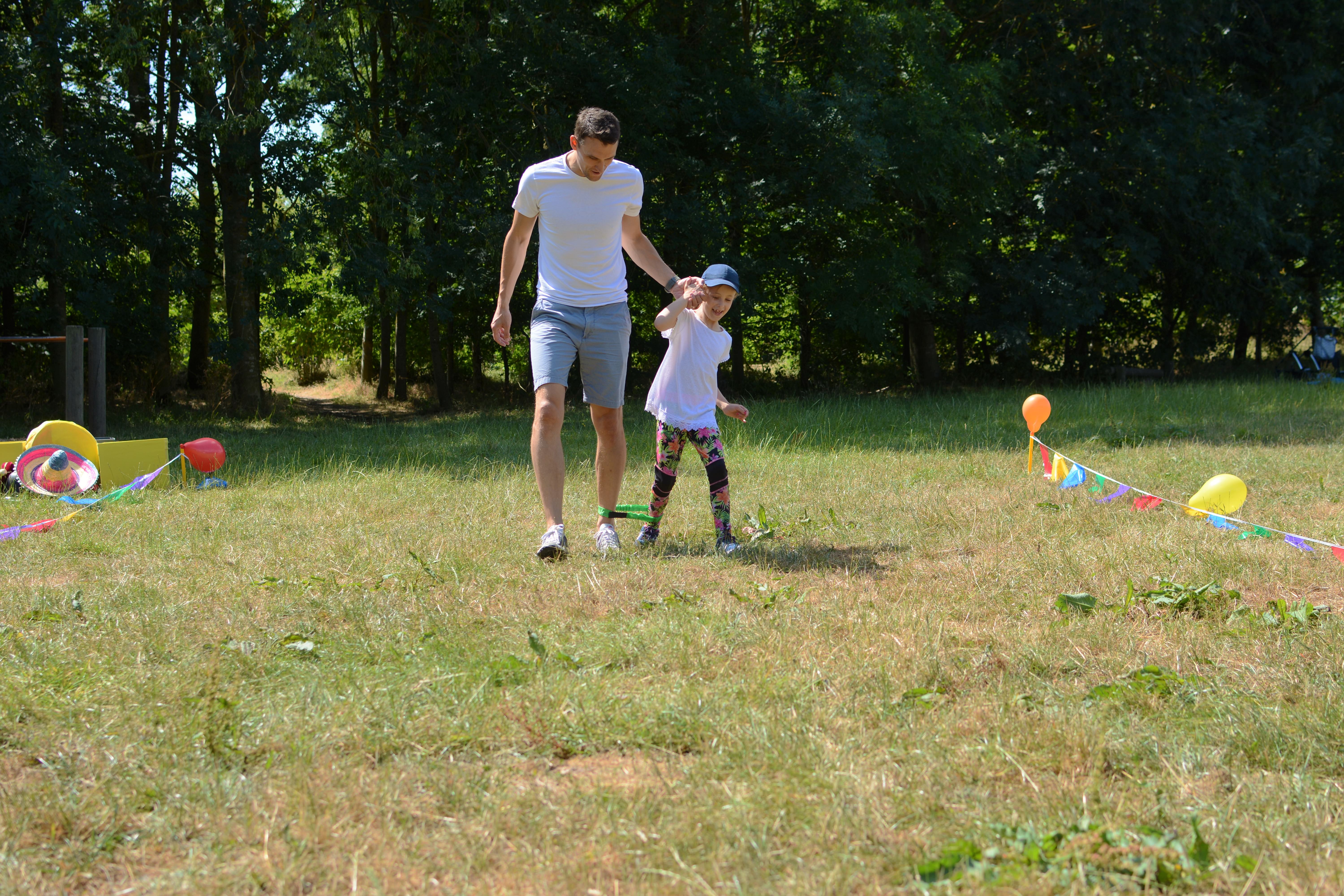 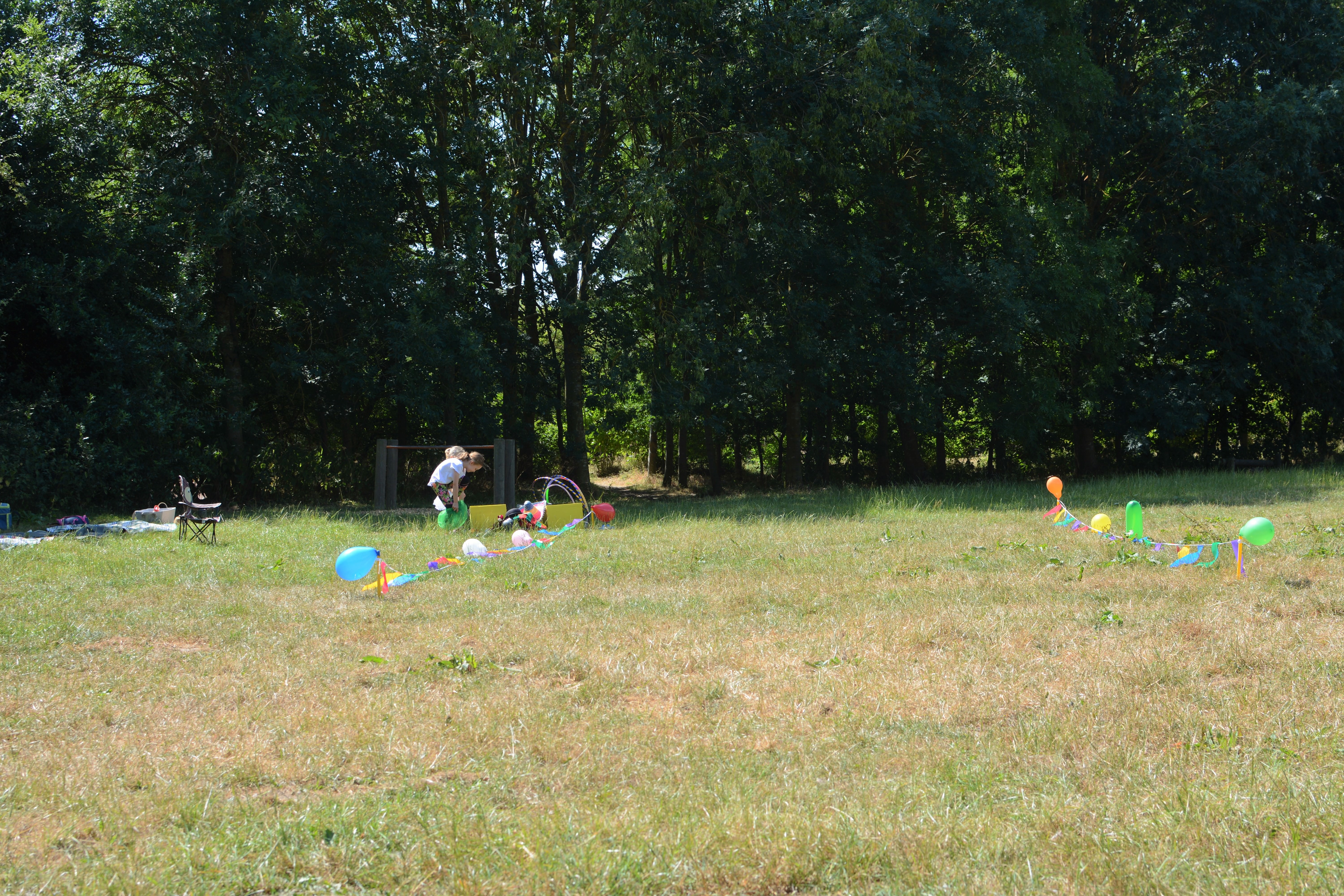 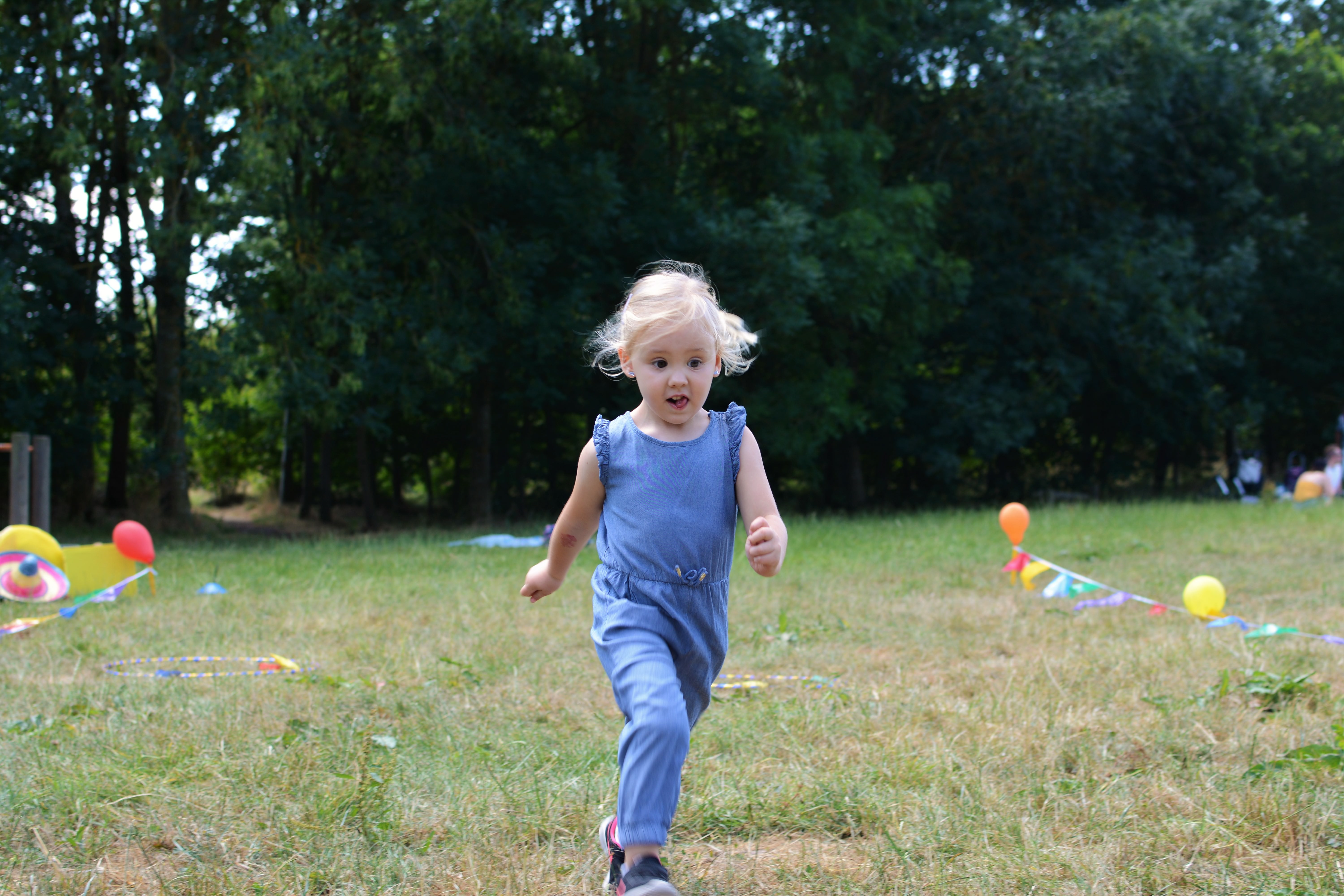 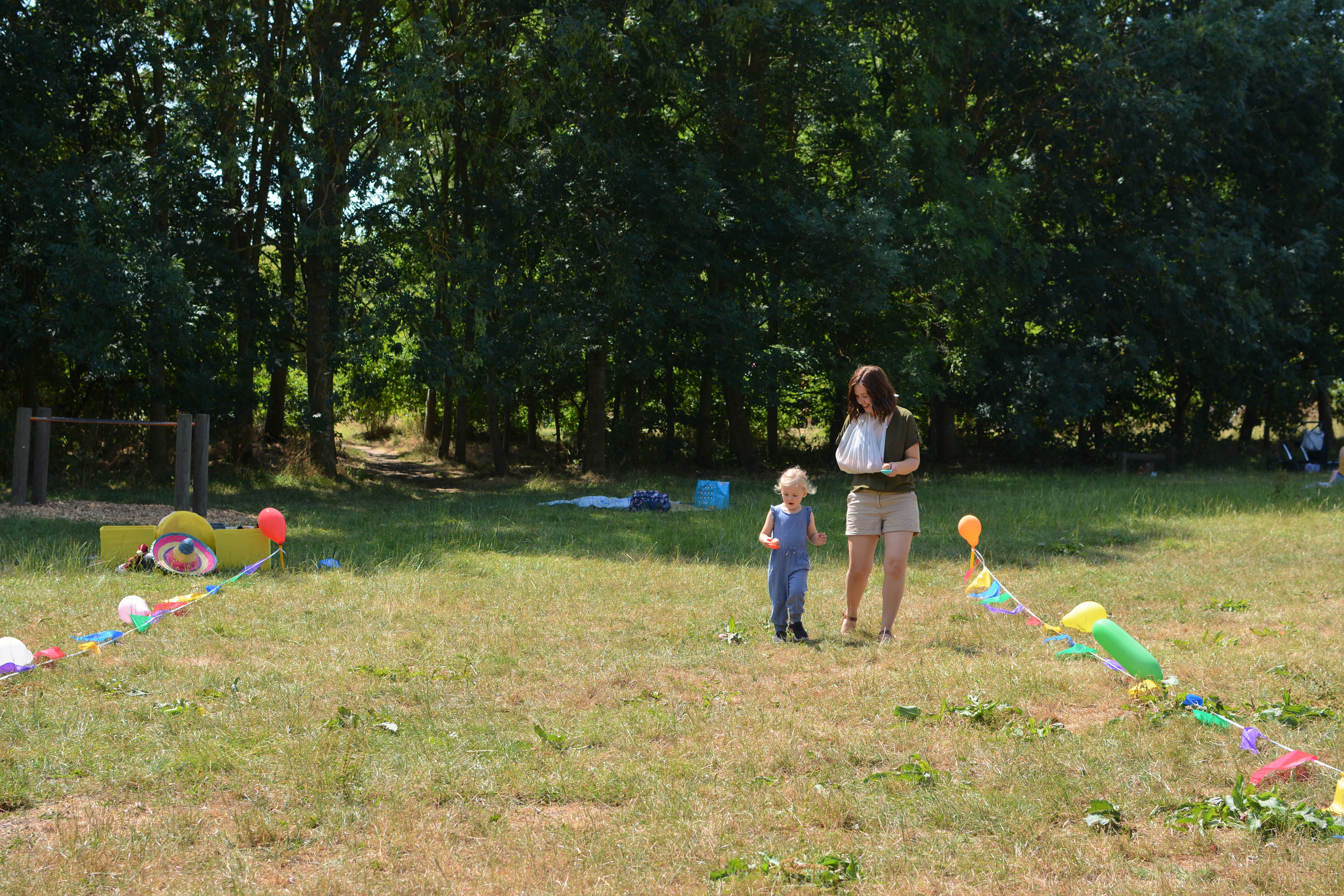 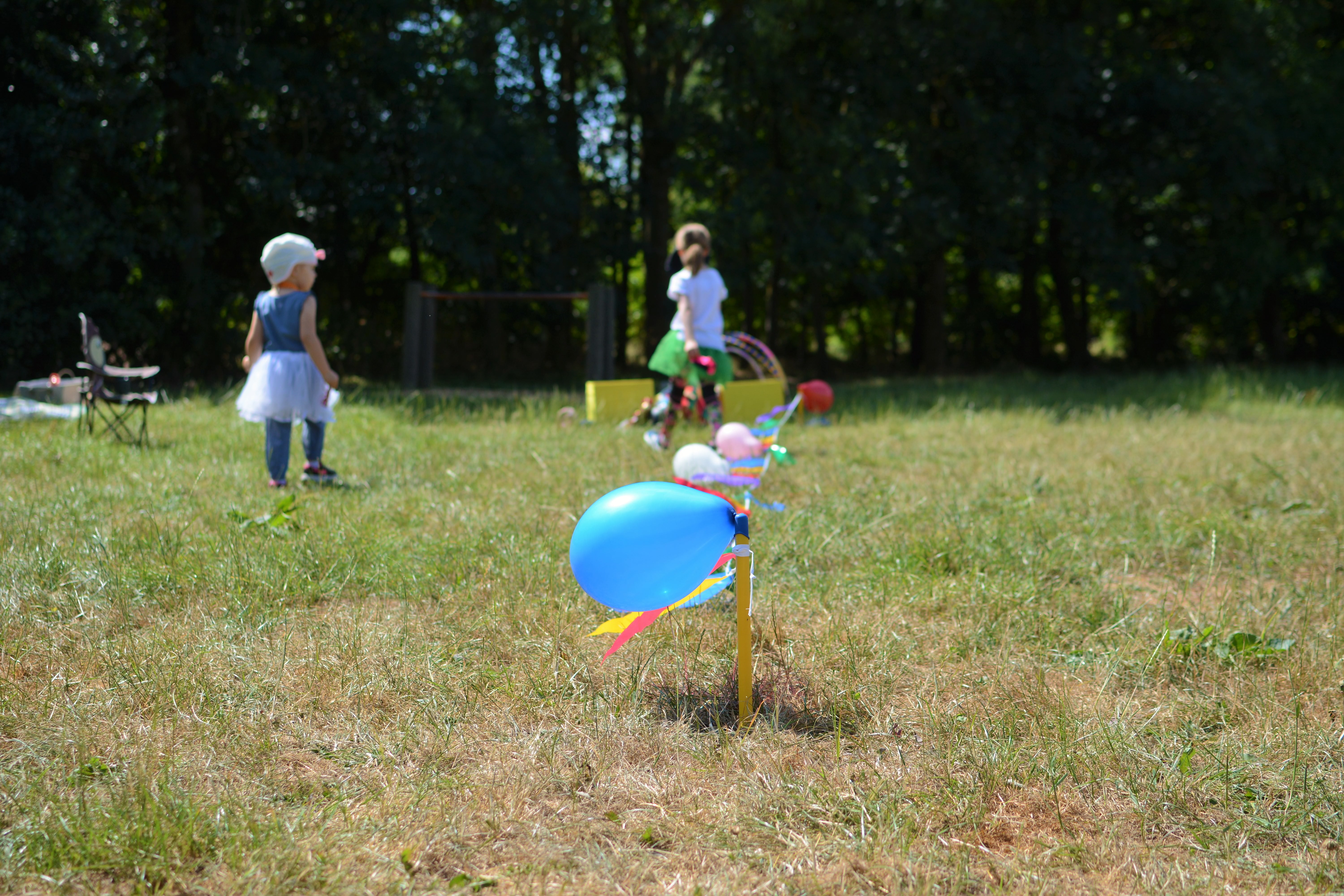 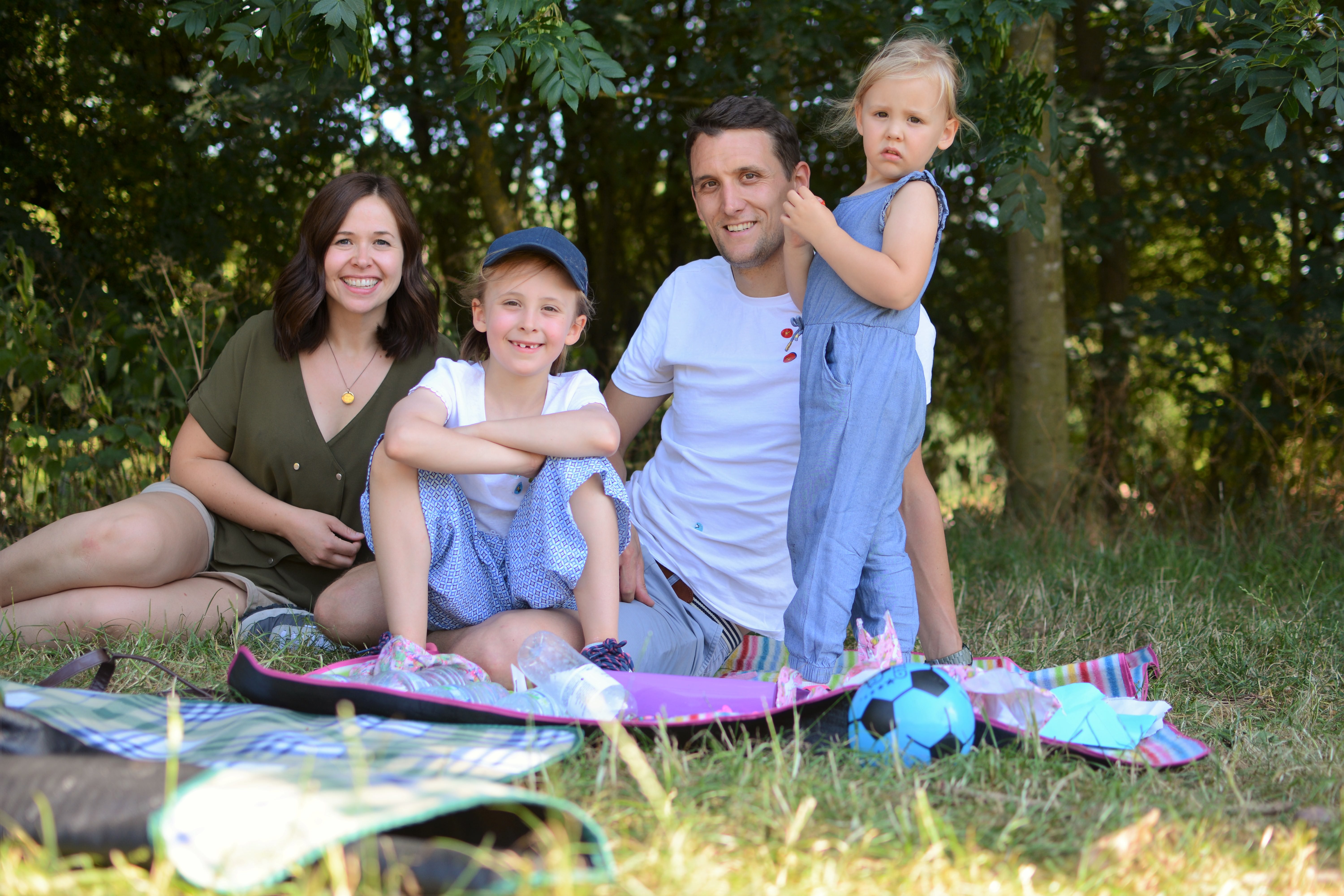